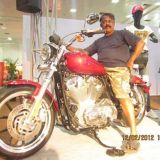 DEAR All
How can Terrorists be successfull unless they have friends inside India-now Pakistan Open Support to JNU matter- where Rahul-Kachoudi-JDU-Carrots-Beans etc were Present and Today PAKISTAN puts its Stamp-See News channels- AFTER ALL WHO CREATED POK- NEHRU & CONGRESS!!!!!

There have been many subtle media campaigns by channels like NDTV and CNN-IBN (e.g.s sense over sensationalism) trying to counter Arnab’s style of vociferous, over the top news anchoring.

The reason till now was simple: Arnab just got much better TRPs. Much, much better.

Their stands, were clear from their editors’ tweets:
Surely the Indian State is more secure than to arrest a student for inflammatory slogans & send police to JNU campus. Insane overreaction
— barkha dutt (@BDUTT) February 12, 2016
A colonial law like sedition needs to be struck off statute books. Prosecute for violence, not for sloganeering IMHO.
— Rajdeep Sardesai (@sardesairajdeep) February 14, 2016
But Arnab went the other way. Every day his panel discussion was about trashing all such arguments in favour of the slogans like “Bharat Ki Barbaadi” and “Bharat tere tukde honge”. His video which slammed Umar Khalid and gang has been viral on social media for days.

Why did he do it?

Arnab Goswami is a hard character to judge.

Is he a BJP supporter?

Not if you see his relentless tirade (perhaps the strongest) against Sushma Swaraj during the Lalit Modi issue.

Is he a “Right-Winger” who is not necessarily with BJP, but more with the cause?

His debates questioning the practices of barring women in Hindu temples ought to suggest he is not.

Is he then a “Nationalist”, for taking up a pro-India stance in every debate which gives him a chance to do so? (e.g.s every debate with Pakistan on the other side).

One might very well argue that he is just TRP hungry and hence he chooses to be a “nationalist”, and to an extent that might be true.

But studying his stances across debates, no one can say he is not a “nationalist”.

And that’s what has irked many from his fraternity.

Take a look at one of the “sly” tweets by his colleague Barkha Dutt, after his anti anti-nationals stand was clear:
My nationalism is made of stronger stuff than the bile of 8 talking heads & one screaming anchor.Sick of dogmas, binaries & banalities.
— barkha dutt (@BDUTT) February 15, 2016
The likes of Barkha were shocked.

They suddenly realised how Arnab had beaten them completely.

What the TRP ratings had been saying for long, was now much more visible. And this was caused them to raise the pitch against Arnab.

Soon, came the utterly shameful alleged attack on journalists by the Patiala court lawyers and a BJP MLA O P Sharma. Violence against anyone can never be excused, even less so by lawmakers and law practitioners.

The left liberal media was deeply uncomfortable in holding these debates over the JNU issue because they couldn’t openly slam JNU and yet they couldn’t back them fully either.

These lawless lawyers provided the perfect escape route for this section of the media.

Once the incident at Patiala played out, the narrative in these channels changed from JNU sloganeering to Lawless lawyers and attack on media.

While the likes of Barkha Dutt, Nidhi Razdan, Rajdeep Sardesai changed their debate direction, Arnab held on to his old stance of anti anti-nationals.

Eventually, Arnab even skipped the solidarity rally taken out by media persons, against the lawless lawyers. Apparently Arnab was attending to his ailing father, but such nuances are lost on “moral compass” wielding journalists:
So 2 news channels boycott protests by journalists against attacks on fellow journalists. Time to name/shame them?
— Rajdeep Sardesai (@sardesairajdeep) February 16, 2016
And now, thanks to all the above escalations, things have reached to a hilarious situation where Leftist rags are suggesting people should Boycott Arnab. Of course, till a few months back boycotts were “communal” (read Boycott Dilwale).

What did this result in?

A hashtag: #IndiaWithArnab, which was trending at number 1 on Twitter.
Untitled

And guess who were using this hashtag?

“Bhakts”, or right-wingers, who have abused Arnab in the past (and will surely abuse in the future too). In fact even as they were trending this hashtag, Arnab was reportedly bashing BJP. So what explains this?

Arnab is with India, hence India is with Arnab stupid!

As I had said in a tweet earlier, the “Bhakti” of the “Bhakts” lies with India and whoever/whatever they perceive, at that moment, to be beneficial to India. And Arnab fits that criteria. He may go anti-BJP, anti-Hinduism, anti-Right Wing very soon, but the so called “Bhakts” will support him when he takes up the cause of the nation.

What should the Left Liberal media draw out of this entire episode?

They have lost the pulse of the nation completely.

This is reflected in multiple interactions but they just refuse to see this. Their TRPs are falling, their twitter mentions are almost always filled by abuse. Now they are getting abused by lawyers in person!

Abuse is wrong (although it is covered under Freedom of Expression), but the Leftist media-persons need to introspect why are they getting this abuse.

Talk to any average India, see your whatsapp groups, most people are incensed about the anti-national slogans in JNU.

On the other hand the likes of Rajdeep and Barkha have tried their best to defend the accused. And the public also knows that these defences are not from their love for free speech.

Sagarika has openly batted for restrictions on free speech in the past, Barkha has sued bloggers.

Most glaringly, these so called crusaders of free speech were silent when Kamlesh Tiwari was arrested and charged with NSA.

These are just positions taken by these star anchors to suit their ideological biases.

And now, the average Indian is slowly waking upto this.

Arnab Goswami may still be a “nationalist” by convenience, convenience which high TRPs afford him, and that mask is yet to fall, but the masks have fallen off the likes of Rajdeep and Barkha. more
Helpful Transforming India Feb 19
Viewed by 32

Csn Sarma (socialworker)
The Communist Parties once again following the Congress to continue their carried alliances at Political Interests and is increasing in many issues since after AITMC and accelerating after the Win of NDA parties in 2014 . The delays in finalizing the plenty Criminal Cases pending with Police and the Courts is the main root cause of all public episodes . more
Feb 20 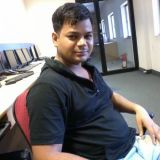 Pawan Namdeo
Congress is always support such thinngs it is completely exposed now .. we are Indian ..I request the people of India to the real Dave of congress because when it was in pawar I always thought the parhaps congress is supporting anti social element in India and they also have the huge amount of black money... more
Feb 20

Csn Sarma (socialworker)
Sri Subramaniam has referred and cited the facts that are to be thought at the need of integrity . The Political Power thirst through castecism based reservations that had been made as ever backing scoring , the Political Democracy in India had been diversified towards different attitudes through various means 1. Allowing the Robbery and Smuggling of Forest Produces & Resources 2. Allowing the Granite , Bauxite , Precious Stones , Metals etc., Land Resources through misuse , and Cheating by the Allottees 3. Diluting the Police and , inspectors of various Departments which created abnormal increase in Corruption and Tax avoidance & Tax Leakage , 4. Reducing the Income Tax on Companies and Businesses by about 30% befitting the Businessmen who never bothered about their business ethics and the law of fair business and accounting . 5. Privatisation of Educational institutions & Hospitals leaving off the basic responsibility of controlled Pricing etc., etc., . This had diluted and changed basically the meaningful heritage integrity , National interest at all levels even other than Political Field and routed to many in the whole administration . The congress party , particularly being the named as a mother Party having the responsibility for the carry of a patriotic governance , totally ignored and allowed the above 5 kinds of issues those are anti public and anti nation , if thought with the incidents and Cases in the Police Stations and the Courts . Even now , there is the need of interference by the , the . more
Feb 19
Post a Comment