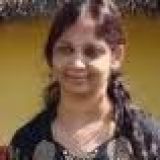 If my memory is right, this circle has done multiple debates on Women and Child Safety. What has Maneka Gandhi and Home Ministry done. Every day across India rapes and child abuses are being reported. Today being Rakhi, I question to myself do we really care to save our women and children from such attacks. What can be done so no one attempts to engage in such acts or will we continue to just live with it??? more
Helpful Transforming India Aug 29
Viewed by 9966
View all 91 comments Below 91 comments

Adiveppa Kadi has left you a message on WAYN.

You received an invitation to connect. LinkedIn will use your email address to make suggestions to our members in features like People You May Know. Unsubscribe here: https://www.linkedin.com/e/v2?e=3otbl9-if3o73lz-2g&t=lun&midToken=AQFmrFVhGEd36Q&ek=first_guest_reminder_01&li=8&m=unsub&ts=HTML&eid=3otbl9-if3o73lz-2g&loid=AQHGdaiKHqqjKwAAAVAUEQlHoAKksRnjLtR-9kge_Y4Z6dhavM1XyrLLM47ga_DsA5GgPfdwG6HgyvOWdI7F0luomretC7IYhQ5MY0fJvP5iBXMsMydfihpghqX7ekEN_A2forIGcpldsxQ

If you need assistance or have questions, please contact LinkedIn Customer Service: https://www.linkedin.com/e/v2?e=3otbl9-if3o73lz-2g&a=customerServiceUrl&ek=first_guest_reminder_01

K C Rana
Due to very slow & low conviction rate of abuse of women & children, there has not been much success in this area. The
registration of false cases has added to the problem. There is
no punishment for lodging false/baseless complaints.
All cases relating to forcible rape, child rape & murder and kidnapping should be decided within 3 months in fast track courts. Deciding such cases in 7-10 years is meaningless and reflects the jungle raj prevailing in India. more
Sep 05

Kamalakar Rao
First hang the Politician and the Babu/Police who donot act righteously and immediately, Everything will be in place. more
Sep 06

Prabhakara Rao Edara
During period of 2008 - 2010 about 1,17.000 children in 292 districts of our country
are disappeared. The whereabouts of 42% of them are not known (up to Jan. 1013).
15,00.000 children dies every year due to contaminated drinking water in India.
66,00,000 children under 5 years were dead in 2012 in world. as per U.N.O report.
14.52,000 children died in our country in 2012 as per same report.
During the last 30 years 1,20,00,000 female children were reported to have dead/killed in our country, for various reasons.
3,09,000 infants dies immediately after birth in our country as against
89,700 dies in Nigeria very poor country.
16,50,000 or more children below 5 years dies every year in our country, only due to
insufficient/lack of medical assistance.
56,000 pregnant women dies at the time of deliveries every year in our country, as
against 12,000 in Pakistan, due to lack of sufficient blood & healthy food.
6,000 test centers are there in country to find out the gender with pregnant women.
78,747 infanticides / abortions of female babies were taken place during 2005-2011
as against 1,20,00,000 during last 30 years in our country.
Numerous cases of throwing female babies immediately after giving birth in to dust
bins is regular feature in country.
68,775 rapes/atrocious acts against women were taken place in our country during
2009 - 2011. But only 16, 672 are punished.
There is one State in our country with 47% of criminals in M.L.As. Out of them 98
are having cases against them of Rapes & Murders. A record of 10 rapes a day
owns by the same State.
We have some Leaders who openly give statements in favour of Rapes
ALL THESE STATISTICS ARE VERY WELL AVAILABLE WITH THE SUCCESSIVE
GOVERNMENTS. In stead of taking proper action this issue has been brought
here for chit chat unfortunately. more
Sep 05 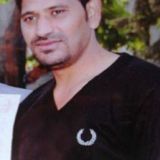 Ajay Gurjar
I think we need to teach our daughters sisters to aware all these things do not hesitate share for any miss happening with her family members...I request to all women's please don' trust any one just think justified the peoples and trying to work in safe environment....also men need to respect the women like his sisters..or family members more
Sep 05
View 91 more comment(s)
Post a Comment