Why most black money holders are doomed

Real estate firms or jewellers may not accept cash unless it is at a good discount, for they will have to declare it to the banks and pay taxes. So there is no easy option to convert it via real estate or gold. It skews incentives against cash purchases, and gives a fillip to card transactions.

The hawala network also won’t accept non-legal tender and the ultimate end user anywhere in the world will be stuck with worthless pieces of paper after December 30, 2016. So a person will, at best, exchange it at a discount for the next 50 days.

The next big hit should be on purchase of benami property which is a national avocation, for that’s perhaps the other big outlet and repository of black money. When the Goods and Services Tax comes into force, the government should do away with stamp duty on land at any stage of the sale; moreover, the tax rates on purchase of property should be dramatically slashed. This apart, election funding reforms and online voting are all big steps in the continuum of reforms, of which this was just the first big step.

The incentives for honesty have been improved, dramatically, with this reform measure, much needed after it was last done in 1978. This will seriously affect the stock of black money but the effect on future flows is unpredictable. However, the flows will perhaps be reduced because of the increased risk perception in cash transactions. Further, the government should take steps to increase mobile penetration, pre-bundled with cash apps, which will make it easier for those who wish to go digital.

Cash is the new trash and the Prime Minister has acted decisively, ending reams of debates, declamations and declarations. Changing human behaviour is the hardest thing to do in the world — Mr. Modi is doing just that in one of the most difficult ecosystems in the world. As a small aside, he has also dealt a body blow to ‘terror money’, and electoral politics in India will never be the same again. more
Helpful Business Accounting and Taxation Nov 15
Viewed by 221
View all 7 comments Below 7 comments

Ashok Kundra
I understand Mr. Sharma's point but question to you is Indian Rupees are not hard currency and if Indian companies are earning in Rupees, there is no way they are all allowed to take money out of the country. Secondly I know there are many private exchange companies opened in shops who exchange cash Indian Rupees to other currencies. They have the Govt. license and Govt. know about this is happening but nobody will accept it in front of the public. Who is controlling the system and who is responsible? There is lot of loop holes in Indian politics and if there is no transparency or accountability, the system can not be fixed. There is no use of commenting on these circles until and unless Govt. listens to it. more
Nov 18 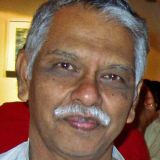 Chandrashekhar Sharma
One should also understand that not all money in foreign banks will be black money and the government will have to deal with the country having such banks to get to the black money of money taken out of country after a criminal act within the country. This becomes possible when a nation is financially strong and the current demonetization is perhaps the first step in that direction. Of course if a bank lend without due diligence huge amount of money, to a regular defaulter or whose companies have been folding up for years, there should some heavy penalty imposed on its board of directors too so that such events like Mallaya do not repeat. more
Nov 18

Ashok Kundra
What about those Indians who have lots of money in foreign banks? Govt. should disclose to the public why that money can not be brought back in India. What about Malia's money, who has taken Rs9000 crores from Indian banks. There are thousands of Indian people whose huge loans are approved by the banks due to bribes and their business plan is not viable and they default after taking loan. more
Nov 17

Anjum Ansari
The black money will be back in full force within 2 years and at the time of General Elections in 2019. Those who believe that black money will be wiped out are living in fools paradise. Even Assembly election will see the use of black money, may be at lower level. more
Nov 15

Chandrashekhar Sharma
The last I heard, it is precisely the jewelry and real estate people and even the large sweetmeats traders who are doing the conversion at big discount. more
Nov 15
View 7 more comment(s)
Post a Comment