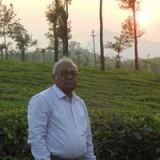 I submit the following proposal to Hon.Fin.Min.
Please study and comment. more
Helpful Business Accounting and Taxation Jan 13
Viewed by 272

Bala Tilak (Financial Expert)
The proposals put forth by Shri Venkatachalam Garu are absolutely , unhesitatingly,prudent and justified for implementation by the powers that be in Central Government. Added to this I put forth some more issues for kind & generous consideration of Shri Modi sab"s govt: (1) In respect of senior citizen,whose main source of bread & butter is "interest on Fixed Deposits of cash in Banks, the "interest "exemption limit on Bank Fixed deposits may at least be @INR 1.20 lakhs per annum (since the existing limit on such Interest on FDs of Rs 10,000/- pa is fixed long back when the President of india"s salary was fixed @INR 1.00 pm or even less and what about now the pay & perks of President , Vice President, Governors of states (some are enjoying rehabilitation packages for loyalty-post retirement special privileges (even some of IPS officers with basic BSC/BA/MSC qualifications , hardly contributing to the welfare of citizen) . MPs,MLAs ,Govts"s top bureaucrats at the cost of poor tax taxpaying & senior citizen who contributed to the National economy"s growth like burning themselves as candles for the sake of country"s economic development. Some of the "Political opponents & parties"may say that the successive govts encouraged corruption & incompetency in delivering quality services to common man. , throwing blame on each other! It is true to some extent , but who contributed at least to the current stage of development /progress of this economy ,despite several odds! it is the senior citizen who are not going to live for a fairly a longer time .Hence they need or deserve some favorable consideration from the powers at the helm. (2) Similarly a standard deduction of Rs 1,20,000/-pa, outright may be treated as allowable deduction from the Income liable for tax in the form medical expenditure & other personal expenses for senior citizen without asking for detailed bills/ordeals. (3)In respect of senior citizen where taxable income is less than Rs 7.5 lakhs pa , the obligation of filing returns(unless TDS to be claimed), scrutiny ,etc may be dispensed away with. (4))In respect of senior citizen ,who worked in Govt/PSU s where their cases are pending like settlement of retirement/terminal service benefits ,frivolous, malicious litigation, initiated & illegally obstructed by certain corrupt &incompetent bureaucrats like IPS/IAS officers in central /state Govts , out to be finalized by independent authority ,with in a time frame of 30 days on merits of each case & stringent disciplinary action need to be taken on the concerned delinquent official, straight away by Home Ministry directly with jet speed ,without dilly-dallying the issue on jurisdictional issues & lay excuses by amending the service rules if required , as was done recently in unearthing black money,since it is quite common among corrupt bureaucrats to protect each other by raising foolish &silly points which normally are supported by top corrupt bureaucrats without any rationale even by way of showing the door/ issuance of marching orders to such delinquents like penal measures put on persons holding black money in the recent demonetization programme & the Home Ministry cannot be put alibis saying rules of jurisdiction etc , of center & state since entire cadre of All India Service Officers is regulated by Home Ministry. It is a matter great pity that on the basis of an event exposed by a BSF Jawan only the PMO had to ask for details from Home Ministry! What happened to RAW/Intelligence/IB Wing of Home Dept? The situation of performance of most of bureaucrats is bad in AP in as much that the floor leader of BJP party in AP Govt recently himself in press conference expressed his disgust for increasingly growing corruption in AP Govt , & that there is a necessity of "Corruption prevention Department & an exclusive ministry is to be created." since it is alleged that the corrupt officials are also receiving corrupt bribes in the form of cheques in the context of demonetization & shortage of currency., though the Governor of AP is an ex top IPS officer! (5) Liberal concessions of at least 75% of ticket value with one attendant facility in Railway/Bus fares may be offered to senior citizen above 60 or 65 years . (6)Decent old age homes/independent houses, subsidized food facilities may be provided to senior citizen either 60 or 65 year old senior citizen @ 75& concessional value to the Cost of facilities. (7)The services of appropriately qualified , eligible senior citizen up to 70 years of age may gainfully utilized by state/central Govts , with provision of suitable amount of honorarium ,effectively to tap the talent/knowledge/skill among individuals & make them productive & arresting brain drain for the benefit of Country"s overall productivity & prosperity of the Country. more
Jan 13

Ravindran Nair
good suggestion. but why not include problems faced by farmers and economically weaker sections of the society? more
Jan 13 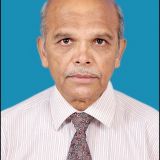 Mahadev Dev
Proposal looks good and optimistic. On the grayer side whether the whole are part will be taken or not is a million dollar/rupee question. We as senior citizens have submitted earlier proposal to PM/FM which may be collecting dust. In fact the earlier proposal was very nominal and may not cost much to the country considering the size of senior citizen population. The current government prior to coming to power pumped in lots of hopes and aspirations to senior citizens and all of these have disappeared/melted down leaving us (senior citizens) to stare at blank sky. more
Jan 13

BIRENDRA KUMAR (Chartered Accountants)
why 80 & 80D Deduction 4 & 1 lacs in general what would be benefit . more
Jan 13
Post a Comment