Why BJP leaders are hell bent on de-railing Modi's agenda?

In the last 6 months we have seen so many BJP leaders giving controversial statements. Irrespective of whether those statements are true or not, they are definitely unwanted and counter productive. Somebody said Sania Mirza pakistani bahu, true but was it necessary to say it? Somebody said all those who hate Modi should go to Pakistan. Somebody said Hindutva is indian culture so all muslims and christians are Hindus. Somebody said ram mandir should be constructed immediately not after 5 years. We all know what Sakhsi maharaj and Sadhvi said. Smriti Irani created Sanskrit vs German controversy. Of all people, Sushma Swaraj talked about geeta being made national book. Are these issues the priority or the development agenda is the priority? Such statements give opportunity for opposition leaders to target and defame the government before the world. It can also take BJP back to where they were before the last election.

Why Modi and top BJP leaders do not send a strict warning to such leaders by taking action like dismissing some of them from their positions so that others will take care before speaking to the media? more
Helpful Transforming India Dec 12
Viewed by 21
View all 6 comments Below 6 comments

Sudhir Kamath
Now there are reports that IIP has come down in spite of steep down turn in international crude prices and the goodwill created by Modi. more
Dec 21

Akshay Goyal
everyone please please see this blog in the link that i have given its very very inportant Avatar Meher baba ki Jai...... http://ajitvadakayil.blogspot.in/ more
Dec 13

Shashikantha Karinka (Engineering Professor )
I think this is not the forum to write such things. However, since the matter has come up, it is better to add our weight behind it. One can not disagree less that all the unnecessary and uncalled for utterances must be stopped. What a great wastage of opportunity. People will never forgive, if the God given opportunity is lost. Instead give ideas for development, which is the plank of the present government. This initiative of asking feedback from people itself is an extraordinary idea. The common man if Hindu, is no less Hindu and also knows about the great Indian cultural heritage, Ramayan, Mahabharat, their value systems etc, but just talking about it without practicing its principles will not feed us now or help in any way. Our neighboring countries are overtaking us even in service industries. It is going to be turbulent times - the environment - air, water, soil ... is getting polluted, there is crisis for energy, severe health problems - stress, pollution and food adulteration related, poor roads, cities are congested, erosion in value system so on and so forth. The unnecessary deviations sometimes makes common man to believe with Mr. Katju's one of the famous statements (former supreme court chief justice). Just 3 days back I visited a local factory in Karnataka and found that some machineries were imported from Vietnam, whereas 25 years back(1989) when I had attended a FAO conference in China, one of the senior participants was so much thankful to India for the help offered by India to them during their troubled times. Looking back, this made me to think, how far then Vietnam has moved ahead in last 25 years?. India wake up. It is the time of competitiveness. Make or break. That is why our PM has the slogan "Make in India". It has been also reported that if we don't make in India, within 10 years India's electronics import bill (foreign exchange) will cross the bill on oil import(That is why an electronic manufacturing corridor has been developed, it is learnt). Also we will lose competitive edge. We are boasting of our youth population, where will be the jobs for them? Hence, work as a team - India will succeed, it will be a superpower, no doubt. The best example is the precise launch to Mars in first attempt. Indian Engineers when given challenge of working on advanced technology they have been successful. Sorry for deviating from the instructions, however, expressing individual worries as I am worried for the future. more
Dec 13 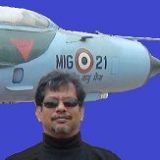 Ranbir Sinha (Professor of Mechanical and Aerospace Engineering)
"Unite and not divide, integrate and not differentiate, build and not destroy" - The modern Guru more
Dec 13

Uday Pasricha (cognitive researcher - solution design within existing resource scarcity.)
The irrational statements will deprive us of this amazing opportunity democracy has given India to pull out of poverty but the need in every organization is training. Even political parties and governments cannot allow anyone to even attend parliament or take office of appointed without training that prioritizes agendas, common voices, common objectives. This is not different to any failing corporate riddled with dissension or even previous regimes where lack of cohesiveness brought down their government. Training is necessary for any objective execution that requires tens of thousands to work as a team. more
Dec 13
View 6 more comment(s)
Post a Comment