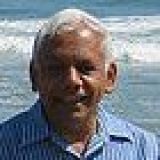 Whom we are preaching? Any party when in opposition just behave the same way. It is ruling party"s responsibility to behave well to get right response from the opposition. A possible alternative is to give all the parties repre4sentation in the cabinet proportional to their strength in the house. more
Helpful Transforming India May 13
Viewed by 19

Ramesh Kamath
Ruling party has to give right reply if the opposition rakes up any issue. It cannot keep mum on the accusation made by opposition. Now days opposition makes issue out of nothing or lies to score points. Opposition thinks it is their duty to create ruckus & delay all programs to prove ruling party is doing nothing. There is nothing wrong of ruling party acts rightly to it. Those who have ruled 70 years do not have any moral ground to object or dispute each & every issue and make mockery of prime minister & cannot hold accountable in just one year more
May 14 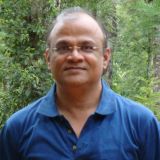 Baskar M
The ruling party should set a good example by doing things differently for the better to make the opposition behave themselves. It's the same old VIP culture, fighting for their own perks that the Ruling Party is involved in. How can they expect the opposition to behave any better. The change needs to be happen top down. Not the other way. more
May 13

Csn Sarma (socialworker)
1. On 15th August 2012 itself our President of India specifically stressed the need of certain type of self realization that is needed among the politicians and in particular, the legislative leaders . He has respectfully quoted the advises of Mahatma Gandhiji . It is already a high time and I sincerely request you to kindly take up the concerning message of the Indian President and make available for a re-study and adopt . This itself will support this present Issue.

2. I remember that one of our members had Posted an Issue for discussion among about the need of the Code of Conduct for our Legislators with the view that it would help for a redress of the existing way of participation in the Legislative Houses . The sharing and discussion went on this post will also be helpful if combined or compiled with.

3. Some of the comments in all of the Posts on Policing ; Corruption ; Black Money ; Bureaucrats ; Public Sector Units ; Liquor Mafia ; Real Estate Mafia ; Middlemen Menace ; Media industry ; States Governments ; Central Government etc., specifically established the root cause as the Politicians in all the States . This also notifies that there is the acute need of arriving at a Code of Conduct at least to those occupy the Legislature Houses .

4. Proovenly , the allotment of Rights Provision in any issue has set aside the regard and adherence of the restrictive Clauses for such Rights allowed/ awarded not only by the Governments, but also even by Courts which has given rise to a different candidature in and among Wealthy , Political and Muscle Power Personalities in the Country . The absolute coverage and compliance of adherance to the restrictive Clauses will bring in the requisite Social nature and Patriotic Candidature that is required to a Political leader and ultimately the Legislator to care for the Citizen and the Nation at least in the Legislative houses .

5. Any individual if thinks himself whether he is honoring or following any of the Clauses listed in the Article 51 A wherein the Citizen Duties are listed in the Constitution ; the answer to all the 30 % Politics oriented people will be NO.

If this is thought in the balance 70 % real Citizen , they are absolutely content by saying YES.

Thus, there is absolute need of enforcing the Duties Listed in our Constitution . This really builds the requisite Candidature required by a political and particularly , the Legislator.

6. In the same way , no State is implementing the Directive Principles listed in Part IV of our Constitution which only builds the characteristic qualities in the individuals to bind themselves to their Society and their Country. This enforcement will build-up a responsible candidature among the Political Rulers i.e., the Legislators.

THESE ABOVE LEGITIMATE POINTS ARE TO BE ANALYSED BY EVERY POLITICIAN THAT ARE TO BE PATRIOTIC AND SOCIETY SAFETY ORIENTED . more
May 13

Basant Giri (An Ordinary Indian Citizen)
Actually, this is a very good idea. But is anyone interested ? more
May 13 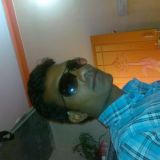