what ails our education system

In recent budget and otherwise also there has been too much focus on IIT/IIM new ones .Fundamentally
the idea is good but pls note we have too much focus on graduation learning rather than skill enhancement .Many of the graduates which are coming out from umpteen universities and private colleges are having no value addition -rather they become overqualified for a traditional job and not qualifiable for getting a job which needs really professionalism.This leads to what we call jugad -using caste,family,religion,community as a basis for securing a job somewhere.Such persons are already dead and of no use to country at large --and u have too many such people.Actually Macualey eductaion system was to create clerks and people for subordinate services .--So focus needs to be on professionalism in every job whether it is sweeper,farmer,wood cutter ,traditional arts ,high end space aviation etc and unnecessary people should be encouraged to go for meaning less education .However educational instituion should be flexible to accomodate a person willing to learn at any age.
I have done my graduation from IT-BHU established by Pt Madan Mohan Malviya as one of its kind in 1905.The idea has always been to do things inhouse and achieve the maximum level of self reliance.
But today we have leave aside others 100 OF INSTITUTIONS new IITs now which still need a college campus,AIIMS which still needs a hospital .
See IIT is a feeling a thought an idea an feeling of we are the best.But if u do not maintain the top of the standard we are going to degrade them .
Today 1000 OF STUDENTS rather every one is able to do engineering from somewhere leading to a collapse of the market value as a whole and sustainability of the system.
Instead develop based on industrial and agricultural nation which we are let people specialize in things which are going to be useful to us as a country or else we have too many graduates engineers or doctors who do not have a proper job and they will also be like BA and BSC graduates comming out from so many universities without any inkling what they will do. more
Helpful Transforming India Jul 12
Viewed by 23
View all 6 comments Below 6 comments

Rajesh Kumar Sharma (expert automobile engineer)
Dear Ishwar Singh Ji, you are absolutely correct that 10 lac engineers are not roaming on the roads but trying to find a job of peon, or teaching primary students "Jack and Jil "
and running behind a govt job. Every engineer wants a white collar job, A/C office and no field work. more
Jul 12 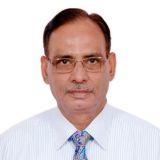 ISHWAR SINGH MEHLA (Expert,; Technocrat)
I do not agree that 10 lakhs skilled Engineers are roaming without jobs as our Engineering Education imparting institutes whether IIT, NIT, BITS or any other Semi Private or private institute impart only theoritical Engineering education with almost zero skill. As per the survey the employability of enginnering graduates is a meagre 25 %.
Our UG enginnering curriculam have minimal emphasis on practical & skill as majority of the students are not provided with vocational exposure in the form deployment with industry every year during their graduation studies.
As I have written no of times in my resources Engineering graduates must be attached with Industry every year during their summer break with stipend and Govt must make it obligatory on the part of every Engg industry and Govt Engg depts for such deployments.
The weightage for such deployment should be at least 25 % marks every year.
This way their employability will increase to almost 75% keeping in view the individual choice for a career and lot of students will be absorbed immediately after graduation.
So Govt Of India & State Govt Must legislate this through AICTE.
The only way to produce good ,useful and practical engineers ,who would be able to perform immediately after orientation & imparting specific job function related training in particular depts . Germany and other European country have such provisions . more
Jul 12

Sunny ARORA
If government gave me a chance to prove than I can clean Ganga River within 1000cr budget by using above Skilled Job less Engineers. more
Jul 12

Sunny ARORA
India is wasting valuable asset of 10 laces Engineers every year, who completed their degrees in various prominent fields & roaming jobless, They are very highly skilled but useless why so? more
Jul 12
View 6 more comment(s)
Post a Comment