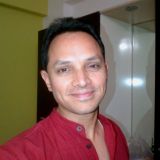 What about these anomalies Mr. Jaitley?

Since it is such a polarizing issue right now, it’d probably help to make my position clear upfront - I believe that in order to achieve industrial &/or infrastructural development, land acquisition is a necessary evil any country would've to learn to deal with & any amendments made to the law by a pragmatic regime towards making acquisition easier shouldn't necessarily make the exercise anymore capitalistic than it already is.

Having said that, a brief review of the key changes proposed through “The Right to Fair Compensation and Transparency in Land Acquisition, Rehabilitation and Resettlement (Amendment) Bill, 2015” indicates that certain overtly simplistic assumptions were made while proposing the amendment & buried amidst all the text is an unhappy irony;

- Land acquisition can be initiated even when an overwhelming majority (say 99%..) of the land-owners of the region are against it

- No social impact assessment needs to be conducted by the mega corporations (public, private & PPP) proposing these mega projects falling under the above categories

II)
The provisions governing the return of unutilized land expanded (from the earlier unutilized beyond 5 years clause) to make it possible that;

- Any entity (not just the above five categories) can hold-on to the land for a long duration by merely stating upfront the estimated time of it being not utilized (say 10 years..)

That any project that can be interpreted, even if remotely, as nationalistic is automatically deemed to have a higher purpose and hence need not seek mundane clearances

That reassigning irrigated crop-lands for the above categories is much more justified than say, for assigning them to a seed processing center

That there is no inherent malintent in an entity that wants to possess land (crop-land, barren otherwise..) but keep it unutilized beyond five years

It so appears that a company like Finmeccanica* aiming to set-up a Torpedo manufacturing unit in Assam can get its 1000 acres of land on a platter while a Sankara Nethralaya* wanting to set-up a 100 acre campus in Noida may have to do a full-fledged social impact assessment at high cost and invest in a long-drawn negotiation exercise to obtain consent from 80% of the highly realty-savvy land-owners there. (*just to illustrate the case, not real investments)

For me the most glaring aspect here is the casualness with which SIA is eliminated for all mega projects that actually can impact and alter a social ecosystem AND the inexplicably negligent approach of not wanting to limit conversion of fertile crop-lands to industrial campuses.

Even if the purported anarchists; pseudo/ neo-socialists are ignored & even if the finance minister is indeed justified in claiming the amendment only corrects the anomalies left out by UPA in the 2013 bill, the government should still explain the above 'new anomalies' introduced by them in the proposed amendment before steamrolling the bill through to legislation.

Even as the bill got passed, the amendments made/ circulated on 09th march give some comfort that there's a conscious attempt at correcting the above anomalies I pointed out.

The corrections of 09th March:

- The amendments state that the LARR Authority must hold its hearing in the district where the land acquisition is taking place, after receiving a reference from the Collector and giving notice of this reference to all concerned parties

- The amendments add that before issuing this notification (for exemption), the government must ensure that the extent of land being acquired is in keeping with the minimum land required for such a project.

- The amendments add that before issuing this notification, the government must ensure that the extent of land being acquired is in keeping with the minimum land required for such a project.

- The amendments add that the government must conduct a survey of its wasteland including arid land, and maintain a record containing details of such land, as may be prescribed by the government

Csn Sarma (socialworker)
My expressions and experiences put forwarded in this issue in the other POSTS will further clarify for an inevitable attentions. more
Mar 02

Murali Apparaju (Blogger)
Mr. Sarma, from what I understand you are saying that a government needs to have overarching powers w.r.t. land acquisition since the plethora of political parties will otherwise make it impossible for any debate/ dialog to conclude easily - I agree, but with the kind of majority NDA enjoys, this concern is a non-issue.

What I discussed in my above post however was about the new provisions made to the bill excluding need for a social impact audit by a certain categories being ill-founded and irresponsible. more
Mar 02

Csn Sarma (socialworker)
1. THE LAND ACQUISITION RIGHTS OF ANY GOVERNMENT FOR THE INCREASE OF INDUSTRIALISM ; INCREASING & IMPROVING OF BUSINESSING ; PROVIDING INFRA-STRUCTURAL NEEDS ; CIVIC OR NATIONAL SAFETY SHALL BE THE MUST.
THIS ONLY WILL HELP FOR PERFECT , ECONOMICAL AND APPROPRIATE SELECTION.
THIS ALSO HELPS SPEED-UP OF THE INDUSTRIES. I THINK THIS MIGHT BE THE CAUSE FOR THE PRESENT TOP IMPORTANCE TO THIS ISSUE.
QUESTIONING IN THE ISSUE OF LAND ADQUISITION FOR THE INDUSTRIAL & SAFETY/SECURITY NEEDS ONLY LOCATES THE OPTION TO HUGE LOND LORDS OR THE REAL-ESTATE UN-DOUBTLY.
2. THIS IS WHAT NUMBER OF PLACES HAPPENED AND NOW ALSO HAPPENING AT SUCH OF THE PLACES.
THE PROPOSALS OF POWER PROJECTS & ALSO THE WATER CONSERVATION BARRAGES TOO HAMPED DUE TO THE SUCH PURPOSSED ISSUES.
THERE HAD BEEN AND ARE POLITICAL POLITICS ALSO TOOK PLACE IN SUCH INDUSTRIAL ISSUES AND THE TAMILNADU POWER PROJECT IS THE LIVE EXAMPLE. THE PARTIES DID NOT ACCEPT TO STOP PROTESTS EVEN THE TECHNICAL SRI DR. ABDUL KALAM CLARIFIED & ULTMATELY COMMISSIONED ONLY WITH THE NECESSARY INTERFERENCE OF SUPREME COURT.
3. If thought keeping every thing aside, the Rights of Govt. that should be on Land will be Voluntarily acceptable to all the Citizen in the real understanding fact of the Government that shall be. Let there be a Government Authority over the People because There are People of Congress , communist , loak dal , janata dal , B J P , like to that of T D P , P D P , T R S LIKE LOCAL PARTIES . All those about 169 or 269 of Political Parties in India, have People of those .
SO, THIS INDEED NECESSIATE SOME Govt. Powers to a Government for THIS PURPOSED LAND ACQUISITION.. more
Mar 01

Jayakrishnan Alambath
There is lot of idle land lying in India acquired out of black money, maybe in ones own name of relatives name or benami. Government should acquire such land for its industrial corridor. But this is impossible because the owner may be be an influential businessman/industrialist/politician. The easier way is kick a poor farmer out of his land. more
Mar 01
View 8 more comment(s)
Post a Comment