Unlocking the lock down - polls by localcircles

Local circles has done an excellent job of collecting information on the essentials and prices and services during the lockdown. With the 21 day period due to end in a week, several CMs have been asking for an extension to the lockdown. Local circles had one poll on the un-locking (district and number of cases). Suggest that a few more such polls be conducted and given to the government as citizens' suggestions for a phased lifting of the lockdown on April 15th:
- Sectors/areas that could be opened up (including public transport)
- What should the central government do
- What should the state government do
- what should the local administration do
- what should the people do
- The priority for opening up the sectors
......... more
Helpful Surakshit Bharat Apr 08
Viewed by 2050
View all 30 comments Below 30 comments

COLONEL PRANAB KUMAR DAS RETD
Quietly, composedly, committedly, with its gaze steadily fixed on the well-being of its people, and adhering to basic democratic tenets, undeterred and undaunted, the government is going about taking all the imperative measures that need to be taken to beat back the pandemic and mitigate its severity on the one hand and, on the other, to inject pep into its economy and keep it on an even keel more
May 07 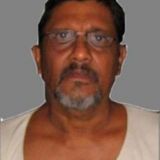 Ashok Kothare (I teach Hindu religion and my books are available on esahity.com )
I am against Lock Down because it will not serve the purpose. It amounts to that government is trying to punish people for no fault of them. Actually lock down is counter productive. I expect more cases of corona in places where they impose lock down. Due to such measures concentration of people in shorter time reducing distancing. If distancing is the effect we want actually exactly opposite of that is going to happen. My suggestion is that keep shops open for more time. Allow doctors to open their clinics and let it be a normal behavior. Present behavior of government clearly proves that government is not manned by competent persons. I have noticed misbehavior of police and BMC personnel. That will have revengeful reaction in future. That is not good for our country. more
Apr 12

Bharathi Kumar
The lockdown should not be extended because for the following reasons.Vasantha ruthu/Season started. Everywhere production increases. Its a joy season.
We should not blindly follow the west. Harvest should begin.we are basically an agricultural country.
Just i want to ask the 10 State ministers , are they incapable of administering their state without lock down. then how did they won the election?
In Maharashtra what about Uddhav Thackeray? what is his answer to Dabbawalas, who are suffering without employment?

What about Punjab? why cant they control the drugs first? Then they can come to Carona. what happened to the dada who in the guise of Sanyasi who was having separate police force/

Kerala is worst hit because of the wrong policies of inviting Arabs money and culture to flow in kerala by humiliating Hindu culture 100%.
Extending lock down is not the answer. They should allow all medicines like ayurveda,Homeopathy etc to tackle Corona. they are much cheaper compare to hospitalization and allopathy medicine.

The people of India suspects that there must be some hidden agenda or international conspiracy to slow down the economic growth of the country.
The media channels are screaming as though tomorrow the whole Indian population is going to die because of corona like Tsunami or earth quake in Gujarat in 2006.
During the great economic recession in the world India stood strong because of small savings.
So also India could withstand corona without lockdown.we Indians are spiritually strong and we all believe in Atman and rebirth. But western countries have no such philosophy.Bhagavad Gita is our guide .When you say Corona Yuddha/war then why should you be afraid of death?Success and defeat is common in the war.Because of clean habits and character of Indians corona cant shake India.
during the lock down period the Govts are happy because they are not doing any administration work. they are happy to just to look after patients,giving masks, and policing the public not to come out in road. so they want to extend the lockdown to make healthy and strong Indian to suffer in side their homes ( creating fear psychosis) even though they are willing to work 24x7.
Remember our population is 130 crores .Our death rate very low because of immunity in our blood due to our habits following spiritual practices like Amavasya pooja for our ancestors,Regular temple poojas 24x7
We cant see anywhere in the World,Lord Venkateswara at Tirumala. Puja starts at 3.AM. from time immemorial.Our doctrine is God is for the people and the people/ sevarthis ( service providers for humanity) are for God.That was the reason why Gandhiji captured the whole world by that one word Ram. even during British period, they respected the sentiments of the people and allowed the Court to sit at 11.A.M.During Amavasya to do rituals for the departed souls/pithrus by the lawyers and judges.Even now it is continued in the courts.
Vatican is a small city. whatever they follow, we need not follow.people suspect that sonia is behind this screen for the Indian Govt. Indian Govt. should be careful , because 21 days lock down is too
long and if they continue, people may come out of their places in huge crowds to the streets , like what happened in Delhi.Police force cant control them.
Ms.Bharathikumar, A devotee of God.Consumer Activist. more
Apr 11

Ranjit Biswas
Looking to the trends of last few days and the fact that the graph of infected patients is uprising every day, which has already crossed 1000 level yesterday, there is no scope of lifting the lock down even for a single day during the current month. I think all of us are well aware of the aftermath of linency shown to the pandemic by the USA and other western countries as referred to. What is happening in those countries including USA? Despite having far far better medical facilities than us, those countries have utterly failed to contain the virus and thousands of their citizens are getting infected and dying every day. As per news, more than 2000 people died yesterday in USA alone. Can we imagine about our plight under such circumstances? Government should do everything possible to contain the deadly virus and continue the lock down until pendemic is brought under control. It should ensure strict compliance of the lock down with provisions for stringent action against those found guilty of diluting the provisions thereof.
However, the government should also ensure that the small traders, daily workers, jobless, poor do not starve and run without their minimum necessity.
The excuses given in the post while advocating for lifting of the lock down can't be prioritized putting the lives of billion+ people at stake. more
Apr 11

Bharathi Kumar
I endorse Mr. Muthiah lakshman views. In New York and other western cities they allowed the service sector workers to resume work with proper precautions against Corona.For example workers should compulsorily wear mask and should record their body temperature when they start from home and also in working places.

The most affected community or small traders like dabbawalas in Mumbai and other Chaya valas, petty shops in the roads.Especially coconut water vendors and laundry men who entirely dependent on their masters.

domestic servants are the worst sufferers since their dwelling places are very small , they spent most of their time in their master's houses doing household work.

.Flower merchants are most affected. Flowers play an integral role in every Hindu and other communities because they garland everyday their home deities.the scented flowers like Jasmine, sampanki, roses ,maru, samanthi, thulasi, maru have their own medicinal value.
In western countries they use only scent extracted from flowers. But we use flowers for all occasions from marriage to child birth and even during funeral.now the
flower plant growers as well as flower merchants are at heavy loss.

Closing temples had never been happened in Indian History till day.That shows indian govt. is loosing its faith in God. they are not capable of handling situation like this. Till last our Gandhiji had faith in Ram.The statistics of Corna is very much insignificant compared to western countries.

Even during the great plague in Hyderabad temples wear not closed. The festivals in temples were conducted for the benefit of devotees.Ayurveda medicine can handle corona easily.But Govt. is following the western practice.
I want to give an example. In a family, if one person is affected my measles or any other disease like typhoid or even child birth, they are kept in a separate room and isolated. Not the whole family will be in isolation. so also carona.Many families consist of one village and panchayats,towns, districts and so on. Copying westerners is always dangerous .if the Centre and States are going to
identify corona affected one, only by locking down , crippling the healthy people shows
misadventure of state and central govt. Now where are they going to throw the used masks which
would become major rubbish which would increase corona infection. Continuing the lockdown would only increase and would lead to chaos and confusion and frustration among the public.Now
employed and unemployed are sailing in the same route.
i hope both Centre and State of Tamilnadu would lift lockdown and face the situation boldly.Tamilnadu people will always cooperate with Govt. by all means. JaiHind. Mrs. BharathiKumar.Devotee of God and Consumer Activist more
Apr 10
View 30 more comment(s)
Post a Comment