Below is a summary of your inputs on Trains that always run late. Kindly review them and provide any additional inputs you might have. We will then finalize the submission for the Hon'ble Minister and Railway Board so actions can be taken on this matter.

I just signed the petition "People: Citizen Amendment Act" and wanted to
see if you could help by adding your name.

Our goal is to reach 50,000 signatures and we need more support. You can
read more and sign the petition here:

Yogesh Garud
i often travel in Mumbai- Delhi Rajdhani exp., and feel very bad when we are close to our destination catering boys come with plate to ask for tip like beggar. i feel it should be stop by Gov. more
Oct 05 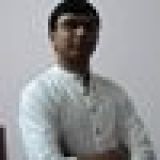 Shailendra Chaturvedi
As a traveler of Indian railway, why should I bother for Railways zones? Its a duty of complete railway system to ensure that trains run on time. more
Oct 05

Shailendra Chaturvedi
Only 20 trains are listed????
I have complained many times and asked for clarification on delay for 12873/12874 which is continually running late by average 7 hours late from last 14 years (since i started using this train). But no action is taken for this. It seems like we are travelling free of cost in this train. And the worst thing is we are paying for superfast charge :)
This is the reply below which I have received from Railways for trains timing regarding 12873/12874 Jharkhand Express:

Your email representation cited above is acknowledged with thanks. The
matter has been examined carefully and remarks are appended below :-

The running particulars of 12873/12874 for last three months i.e. April to
June 2013 has been scrutinized and reveals that 12873 has been made over
31 days to E.C.Railway at Barkakana. While 12874 was taken over at
Barkakana from E.C.Railway 38 days (total run) late ranging from 110
minutes to 805 minutes and the same reached Hatia without any further
delay (NLT) over S.E.Railway. Hence, the running of the said pair of
service over S.E.Railway is quite satisfactory.

However, the concerning Railways have been advised to monitor the running
of 12873/12874 in order to ensure punctual running of the train.

However, an inconvenience caused to the passengers is deeply regretted.

Balasubramanian K
I traveled by mysore- chennai kaveri exp twice on 6th and27th September . On both days the train was late by more than 2 hrs in a run of 3 hrs from mysore to bangalore.1st time at BNC it arrived by 1.30 am after being announced as arriving shortly from 1 am.2ndtime I tried SBC.On my reaching at 10 15pm the indicator said arrive.at 0 45 am against scheduled time of 11.30hrs. Later the touchscreen indicator said train running 2 hrs 28min late.But thereafter the announcement and TV monitor were giving


contradictory timings.From 1 am onwards the monitor
was showing arr.and dep times with 5 mins gap only
starting with 1 am.Ultimately the train arrived at 1 35
am and left at 2 am. Both days sleep was totally
disturbed.On 7th the train managed to reach MAS at
8am one hour late but on 28th it reached at 9 15 am
late by morethan 2 hrs.This shows total lack of control even at the HE of SR. more
Oct 03
View 337 more comment(s)
Post a Comment