How can the Government put a ban to this strike business so the common man is not impacted.

Apparently trade unions want a bunch of stuff and the Government is saying we are working on it. More below.

10 central trade unions are on strike today. The protestors are striking against the anti-worker economic policies of the government.

The sectors which are going to be affected widely will be coal, power, cement, textiles, oil, aviation, banks, insurance and post office. The transport sector in Haryana, Uttar Pradesh, Rajasthan and Punjab will be completely closed.

The 10 trade unions who are participating in the strike are: CITU, INTUC, AITUC, Hind Mazdoor Sabha, AIUTUC, TUCC, SEWA, AICCTU, UTUC and LPF.

The trade unions suggested that wages for unskilled workers could range from Rs 7,100 to Rs 10,000 per month while for skilled workers it would range between Rs 14,200 and Rs 20,000. Unions have demanded a minimum wage of Rs 15,000 a month. more
Helpful Transforming India Sep 02
Viewed by 7796
View all 86 comments Below 86 comments

PRASANT PALAKKAPPILLIL (Principal SH College)
Call for a strike can be termed a right - a mode of protest! However, threatening anyone and forcing someone not to work - when someone wants to work; or when someone needs to work (to achieve a target or to earn one's bread) is a gross violation of the right to life - right to earn - right to move/travel! It should in no way be tolerated!!
While advocating non-violence, I feel so vehemently violent about this violation of my/our right.
New modes of registering protests - SMART WAYS - should be formed.
And even revolutions have happened over the social media - protests can be had and mobilised through mail campaigns, sms, social/new media campaigns etc.
You could create opinion polls which can communicate the mood of the public to the state/govt. more
Sep 07 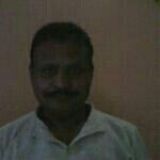 ASHOKPRATAP SINGH (Farmer, Consultant and life coach)
We look the issue from public angle and become a party. It should be looked with analysing the role of govt, because they have to dispose off the matter in the larger interest of public.
It is just mishandling of Govt side. When settlement process delays and linger on, it is injustice and insensitivity on the part of govt. Govt knows that delay will be reacted in strike and protest, which is fundamental right of every citizen. Why not prompt disposal? Why not transparency and may be open debate on media?
If, there is loss on economy, govt officials and political leaders handling the issue should be accountable and answerable. more
Sep 04

ArvindKumar Gandhi.
BHARAT BANDH, DESTRUCTIVE STEPS WAS TAKEN BY 10 CENTRAAL TRADE UNION'S IT WAS BIG LOSS TO THE NATION BY BREACKING SYSTEM.EVENTHOUGH CAN'T GET SOLUTIONS FOR THEIR DEMANDS OVERNIGHTS. ONLY HARASSMENT TO COMMON PEOPLE'S AND ESSENTIAL SERVICES , EMERGENCY CASUALTIES, AND BY AGITATION IT'S TAKE CHANCES TO DISTRCT PUBLIC PROPERTY, VIOLENCE, ROBBERY, AND GREAT LOSS TO THE NATION TO GREAT ECONOMICS WORKING HARD TO CONTROL NATIONAL PROBLEMS. more
Sep 04
View 86 more comment(s)
Post a Comment