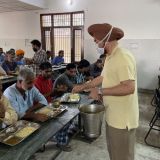 To control the vegetable rising prices

1. Household income has been affected due to the pandemic. Farmers and farm laborers put their lives and health at risk by continuing to work in the fields during the pandemic and floods to produce bummer crops, now tomatoes in HP and getting the fields ready to grow potatoes.
2. Farmers provide motivation and moral support to the soldiers of their village serving in defence to fight and finish the enemy and take care of their families.
3. PM has congratulated farmers of our nation for their contribution during the pandemic.
4. Cause of increase in the prices of vegetables and the low return to the farmers, being associated with them visited various mandis, interacted with people and points observed are:-
(a) 80% of farmers prefer to sell perishables in local markets.
(b) There are no checks and control on the prices by MC officials under States/UTs due to corrupt officials who have given free hand to the profiteers to loot the farmers and consumers.
© Farmers bear the high input cost of their produce and transportation to bring their produce from far away to cities, here it is Chandigarh market. They sell bottle gourd @ Rs 8-12 and Pumpkin @Rs 6-8 (common men’s veggie) and HP tomatoes @ Rs 25-30.
(d) After an hour the price jumps more than 200% for local produce and the consumers pay Rs 40-45 for bottle gourd, Rs 30-35 for pumpkin, and Rs 70-80 for tomatoes.
(e) MC does not allot space and allow farmers to sell their produce direct to consumers in cities.
(f) MC officials ignore the farmers as they are not vote bank in their capital city governed by bureaucrats being a UT.
(g) Farmers do not pay the bribe to officials.
(h) Both farmers and consumers being adversely affected due to various reasons like political patronage.
Suggestions:-
(5) Include small and landless poor farmers from neighboring areas in the vendor act.
(6) MCs should facilitate direct selling platform to fruit and veggie farmers and allow them to sell directly to consumers as a vendor in non-metro cities. This will help farmers get better prices for their produce, contain inflation, benefit the consumers, and also weed out corruption.
(7) Even city vendors prefer to buy veggies direct from the farmers being low in prices and farmers give them on credit. It is farmer’s vendors bonding that farmers do not charge in case veggies got rotten or spoiled.
(8) Members should bring the reality of the farmers and farm laborers in their areas in light for consideration by the Centre so that they get a better price for their produce and not being exploited by the politicians for political gains.
(9) Local Circle manager must give weightage to members voting from rural areas or have a rural background to conduct surveys on the rural economy, rising fruit and vegetable prices and other rural areas related issues. more 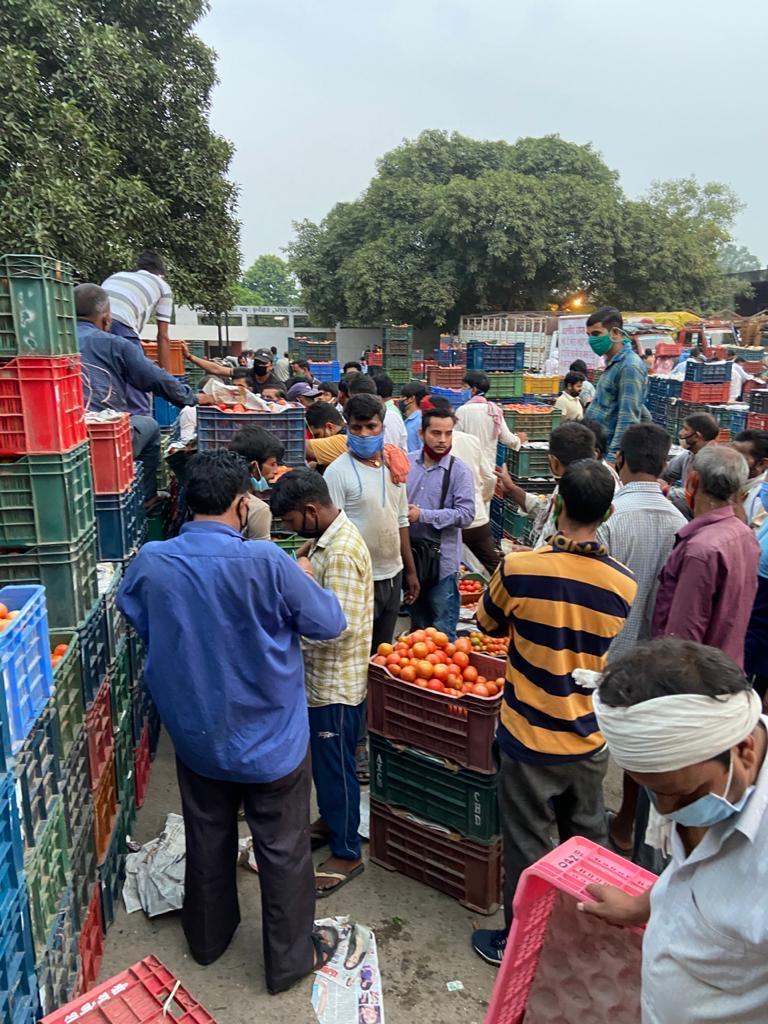 Gopabandhu Mohapatra
The prices of vegetables are increasing because of the middlemen. more
Sep 23

Stephen R N (Ex-Placement Official & Motivational Expert)
Very well researched Col.Singh. However let me add a couple of quick points. Some Farmers have contracted with Retail Chains like Reliance Fresh/Big Bazaar/Krishna Super Marche etc. where their produce is totally lifted by these outlets who give farmers a fixed price (exploitation) and sell it at prevailing higher prices passing a few rupee discount. Today I went to Mother Dairy Outlet and found a dangler announcing "Tomatoes at the Lowest Price: Rs.70/-". In a National Dairy Development Board initiative if price is Rs.70/- touted as lowest than you can imagine what the prices in local markets would be. Even small green grocers are flabbergasted as to what they should keep in their shop. The much touted Cold Storage of BJP still remains in cold storage. The common potato is being sold in Mother Dairy outlet at Rs.46/- per KG. So you can see how the veggie prices have gone through the roof. Our PM at a rally earlier in Himachal had given slogan of: TOP to farmers - Tomato, Onion & Potato. But by current market trend, the farmers as also the small green grocers would able up with not TOP but POTS (for begging). And Ambani's would continue their dream run with TOP profits carrying it in POTS. more
Sep 15

Tiru Narayan (Retired)
I don't know all the rules and regulations of direct selling. I will share my experience in Chennai.

When I visited India in 2018, my sister invited me for lunch. At the time I went to her house, a street vegetable vendor, Lakshmi, came with a huge basket on her head and three bags filled with something. As she eased her burdens on the floor, I recognized they were vegetables. I then realized freshness is not just in the taste, even by looks one can "feel" the freshness. She had neatly packed vegetables, selling any vegetable she had for Rs.10 a bag. I was amazed that she was able to sell the vegetables at that price. No weighing, nothing, just Rs.10 per bag. The quantities in each bag were enough for a family of four. I immediately bought about 4 bags for each of my four siblings living in Chennai. I struck up a conversation with Lakshmi. She was picking the vegetables from a garden, washing and packing them up, taking a train to travel roughly 60 kilometers, taking a bus to the locality where my sister lives. I asked her if I can lift the basket on my head, just to see how heavy. My could not stand the weight. And I lifted the bags and slung them over my two shoulders, very similar to how she brought them. I donated Rs.100.

A few days later, I asked my sister about Lakshmi. She informed me that Lakshmi had stopped selling in Chennai because some DMK/ADMK goondas threatened her life if she ever sold vegetables again in Chennai.

I keep asking my sister if Lakshmi has returned to selling vegetables, but the answer has thus far been a "no". more
Sep 15

Subramanian Ashok
I think the general Organisation structure w.r.t agriculture produce is The (Poor) Indian Farmer----MIDDLEMAN---APMCs (Agricultural Produce Marketing Corporation). APMC is under the control of State Government (all). I believe ever since the APMC was set up, MIDDLEMEN came into picture. Unlike Western market practices, by law the Indian Farmer is not allowed to sell directly to an urban retailer. A farmer is forced to sell bulk quantities only to licensed (to loot) brokers, commission agents and traders. These approved looters pay peanuts to farmers and sell the agricultural produce at exorbitant prices. Its a actually a big CARTEL that control the marketplace.
They can create artificial shortage situation and fix the price. Ultimately end-consumers have to bear the brunt of this merciless onslaught.
Since these hoarders fund political parties, looks like they are free to operate the way they want.
Agriculture is the backbone of India but not FARMERS, that's what our rulers are thinking.
There is still a practice among a sect of South Indians to give up something (generally a vegetable/fruit) so dear to them after their visit to Kashi, but nowadays a visit to nearby vegetable/fruit shop is enough to fulfill their wishes!!!!!!!!!!!!!!!!!!!!!!
Should APMC continue?????????? more
Sep 14

Csn Sarma (socialworker)
None is Stopping. But who purchase Bumper Stocks Except Agents. If Governments involve in Purchase , ALL TARGET ILLFULLY.
APMCs must Fix the Prices of Foodgrains Vegitables Fruits SUBJECTING TO * FARMER SELLING PRICE + TRANSPORT COST + 20% PROFIT AT EACH TOWN/CITY MARKETS ) . This system only serve the Purpose of JUSTICE FOR ALL . more
Sep 15

AA JOSE
Col Balbir Singh ji, Thank you for posting a relevant issue pertaining to scores of small farmers in the country. All your suggestions, especially the one regarding facilitating direct selling of fruits & vegetables to the end consumers is essential and beneficial to both the farmers and consumers. However, as you know there are politically well-connected traders & middlemen who will go any extent sabotage such a decision, if at all taken by any Government! Unless and untill massive public opinion is canvassed for such a course of action, probably no Government will take such decision too. more
Sep 14
View 17 more comment(s)
Post a Comment