This Man Planted 10 Million trees ! :- Daripalli Ramaiah is a man on mission to plant trees and bring back the green cover. Wherever he sees a barren spot, he takes out seeds from his pocket and plants them. People say he has planted over a crore trees. Know more about the unsung hero and his extra ordinary work.


No one knows how it all started. But people in Khammam know Ramaiah as “Chettla Ramaiah”, where Chettu means tree.


The people in Khammam know a person who carries plants on his cycle and seeds in his pocket and pedals miles together, planting trees and strewing seeds with a fond hope that the entire area will be green in the coming years. People say that he has planted more than a crore plants and made them survive.


What is it that he gets in return, is the moot question one asks, in this materialistic world. Satisfaction, contentment and sublime peace is what he gets on seeing the millions of saplings grow around him, taking deep roots to stand erect as huge and mighty trees.


Ramaiah proved to this world that you need not be rich to start philanthropic activity. What you need is passion and the path starts appearing before you, paving the way for the road ahead. Peddling a cycle, holding the handle with one hand and sprinkling the choicest seeds on the sides of the pathways is how he started his long and audacious journey of greening.


To this end, he collected various native seeds such as Bael (Bilva), Peepal (Bauhinia Racemosa), Kadamba (Nanclea Cadamba), Nidra Ganneru (Albezia Soman), Kanuga (Pongamia), Neem (Azadirechta Indica), Erra Chandanam (Red Sanders), and many more and chose the canal banks from Khammam, Palleguda Bridge and started greening the four kilometre stretch on both sides of the path. He raised plants in every small piece of barren land, which have now become huge trees saluting him with all their humility.


This nature lover not only plants trees but also paints slogans and messages about the environment and the need for trees in Telugu on all the walls of the villages. more
Helpful Transforming India Jul 05
Viewed by 28
View all 6 comments Below 6 comments

Jayakrishnan Alambath
An Indian man named Jadav Payeng started planting trees on a barren sandbar at 17. He is now 47 and lives in his own 1360 acre forest which now houses rhinos, tigers, deer, apes and elephants.
https://greenerpasturesind.wordpress.com/2012/08/13/jadav-payeng-of-assam-the-man-who-grew-his-own-forest/ more
Jul 06

Sriraam Subramaniam (Doctor)
I would prostrate before him if he comes in front of me. He is a true lover of Mother Nature and her creations. He understands the vibrations of GOD and his creations. He is a demigod. Hat of to him. more
Jul 06 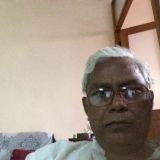 RAmakrishna Jaladi
Daripalli Garu has done excellent work. We are progressing well in most of the fields but it is eaten away by the explosion of population growth which is required to be controlled. It is a tricky issue to approach people. Rajachanragaru can you guide to convey this message to people, of the benefit of having less children preferably one or two .I think Govt. should take up this issue very seriously, by announcing rewards and punishments to those who are not following the guidelines more
Jul 06 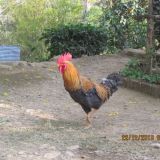