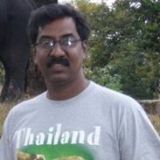 Yesterday, My mom and I, were returning home from Chennai in kanyakumari express (12633) in 2nd A/C coach, we boarded the train at Tambaram. There was this group of men(around 5 or 6 men) who were already seated in our adjoining cabin. By their dressing and their manner of speech we assumed they where some local politicians. As soon As the train left the station these people closed the curtains and started to consume alcohol right there, without any shame or even the slightest guilt that there were kids in the train. The T.T.E (whose name I do not know, as he was not wearing his coat or his ID) turned a blind eye to this. There was a young lady with her little daughter seated in the side berth of that same cabin, to whom these people kept offering food(so we obviously assumed that she was their relative, and was travelling with them).But soon she moved to our cabin asking if she could please stay here as she wasn’t feeling comfortable there. On enquiring further she told us that like the camel in the dessert story, these people had occupied her berth and had asked her to move to the side berth which wasn't even theirs, and when she asked the T.T.E to help her out he just said that she’ll have to talk it out with those drunken idiots and not bother him.
So my mom and I ,we secretly took pictures of them drinking and also called up railway helpline and railway police authorities.Eventually at Vilipuram railway station S.I. Pon Balasubramaniam came in, He in all his authority just scolded us for complaining to the helpline and just told that those people won’t create any problems and when I demanded some solid action he said that we’ll have to go with him and write an official complaint and only then will he take action.(Yeah sure, My mom and I, two ladies travelling alone should get down at an unknown station and miss the train so that the culprits can go on and cause problems).And the most frustrating part was that he didn’t even bother to warn those people or even talk to them.
So, once again we called up the helpline (the lady on the phone was very sympathetic towards our situation) who told us to write an official complaint and using that they will de-board the offenders. This time the T.T.E understanding the weight of the situation offered us help, and even provided seating arrangement for that lady and her kid ,and also he obliged to my demand to give the offenders seat numbers so that I can file it in my official complaint. Initially, He gave us just 4 numbers then when we probed further he gave us the rest.
And so at Viruthachalam, railway police arrived and even this time they just got the complaint letter from us and left. Not a word was spoken to the culprits. Those men having understood that we couldn’t do anything to them even after our hardest efforts just kept laughing at us, at our helplessness. And all of us, the ones who dared to raise our voice against the wrong had to spend a restless night worried that they might hurt us in retaliation. And to top it all off, these worthless idiots had the courage to consume alcohol at the crack of dawn once again and scream proudly that they can’t be hurt or punished.
I am someone who had this unshakable belief in justice that no matter what happens justice will always win. But the indifference shown by the T.T.E, the SI and other police officials has made me question my beliefs. In an era where we can get almost everything at the click of the mouse or touch of a button, I felt so helpless. We can “Be the change”, but if there is no effect who will be ready to act??? 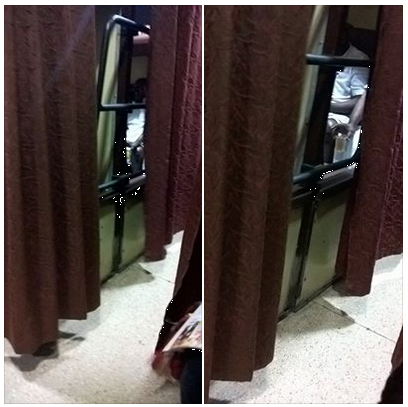 Shovenjit Ghosh
Really shocking. What can you expect more from political servants (TTE or the Cops) when their own bosses who decide their fate breaks the law.
Shameful !!!!!!! more
Sep 23

Aditi Rattewal
What can we do? On talking against this we are only going to blame by others as they are politicians they have power in their hands. more
Sep 22 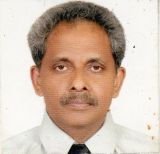 Ravi Ramankutty
It is not just one isolated case ! So many incidents are keep on going all day and night .One thing I would like to say, please always make sure you are alright and you have enough support from your fellow passengers .Do not take chance with your life .At the same time we have to fight hard .There are enough rules but the handlers of these rules are culprits .They take a good remuneration and enjoy the life with out doing any actual duty what they are suppose to do . Most of the time they are inclined to these criminals and defaulters. There should be a separate authority to monitor whether these so called police ,TTR etc are doing their duties as per the job description .Should award punishment if any one fail to do their job properly .They should be suspended or even dismissed from service .The basic principle is :- every one must have fear about their job and punishment .Then alone all people should do their job properly .So take such action(Hire and fire) by the authority to induce fear in each employees about their job .So things will start working properly. more
Jul 13

Mahendra Ram
I agree with sarmendra . but what we will do? more
Jun 29 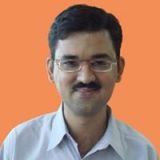