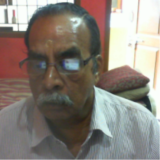 The Parliament (Loksabha and Rajyasabha)

On various sessions, in the parliament function, there is no fruitful result than blaming and attacking the present government by various political parties. Opposition parties are unable digest to sit in the opposition specially the long run Congress. All simple matters are brought in to the parliament and disturbing the session. There is lot of important matters and bills are to be considered for which they do not allow to function. They are misleading the other political parties also and bringing them in to their clutch and It is unfortunate to see the present functioning of our Parliament and Rajyasabha. Though many times protest.
People have elected their leaders for proper functioning of the government & maintaining the law and order situation of the country instead they are not allowing the present government to function sincerely. The present government under the leader ship of PM Mr. Modi is taking all initiative for the development of our country.
The elected leaders (MP’s and MLA’s) are drawing high salary and allowances besides claiming TA , other perks from the public fund and we the public are watching their fun in the Parliament. . The opposition parties are taking revenge now on because they have some strength in Rajyasabha.
The political leaders must realize that they are represented to the parliament to take care of their constituency and not to fight in the parliament.
Most of the problems are related to various state and these are to be sorted out by the concerned state Government and not centre. When the state’s failure to sort out the problem they can refer the matters to centre for further necessary action. If some death in particular state or cow slaughter or any such type of incidence there is heavy protest and shouting in the Parliament. What for the State Government and their role in that particular state. Why the Centre directly handling the cases. It is the weakness of the State Government and their failure to maintain the law and order situation to their respective states.
It is high time to maintain the integrity of our Parliament; the whole world is watching the fun of our actions in the Parliament. On one way our PM Mr. Modi is taking all his efforts to bring the whole world’s support and cooperation, the local leaders are spoiling the show. A modified rules and regulations is require to keep the Parliament to keep in high integrity. The leaders will not support for such good action. Now the Supreme Court with the recommendation of President is to take necessary steps to chalk out and implement various amendments on what a MP and MLA should do inside the parliament. If they feel to protest, let them protest outside the parliament and the citizen will realize the act of their leaders.
The Government should recommend to Supreme Court to modify the rules and regulation of MLA’s MP’S , Ministers and other Importer authorities sitting on the higher post to avoid the wastage of public money for no use.
Hoping the present Government will take appropriate initiative on this matters more
Helpful Transforming India Jul 26
Viewed by 2560
View all 77 comments Below 77 comments

Darshan Singh
Yes! The Parliament is a TRUE reflection of our TRUE Political Billionaires/Millionaires perpetually seeking disproportionate Pay,Perks & Pension with Govt Banglows (For Life Time and Generations thereafter) ... For rendering just 'ONE Tenure of 5(Five) Years' in the Service of Self (Call it Nation) and "Kudos" to them for Keeping the Public POOR,for ever n Country - ever developing - Even after 70 Years of so-called Independence ....Who Cares??? Bharat Mata Ki Jai Ho !!! more
Aug 12 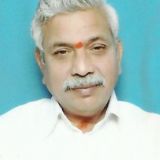 Deekshitulu Kalaga (Retired Physics Lecturer a one man army)
Hope now most of the parliamentarians are educated. These people are expected to speak about their constitutional problems and get redress. Unfortunately most of the parliamentarians do no speak in question hour including Sonia Gandhi, Advani forget Rahul Gandh. Then what for they are elected. Speaker should allow the debate only concerned to country as a whole but not state subjects. Speaker should not allow members to speak about individual insults or individual issues The amount of time wasted must be compensated with out pay. If a member do not concur with his constitutional obligations shall be impeached forth with more
Aug 12 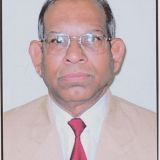 Ramprasad Gargav (Power Plant Expert)
Indeed it is matter of great concern that opposition is not permitting to pass some important bills in the parliament expected to bring socio economical development in the country. Our constitution permits the opposition to scrutinize each and every bill before it is passed to prevent any anomaly but it does not give them authority to hold the bill knowing it well that it is meant for welfare of the general masses. Gone those days when the uneducated masses were ignorant and were not aware what is going on in parliament. Nowadays even a rickshaw puller or a taxi driver also knows the proceedings taking place in parliament and can discuss and give his own opinion, thanks to our visual media. The opposition leaders should recognize that the country will blame or appreciate them for all success or failures based on their deeds in parliament. Ruling party will be blamed or appreciated only when the bills are not implemented after passing. Hence, both ruling as well as opposition, parties should play their cards judiciously in favor of masses for their own future. more
Jul 29

R.SURESH KUMARAN TAMPI
Its Unfortunate our Great Parliament is nowadays become talking Shop not for the People welfare but the for the Welfare of the Politicians themselves and People are Just spectators!!! Politicians scoring their own issues not the People issues!!!! Unfortunately most of the Rajya Sabha members are friends & relatives of Parliament politicians!! Rajya Sabha is for non political members but most of them are Politicians !!!!! We can expect Parliament passes Rajya Sabha disposes !!!!scenario!!!! Because no body bothers about people Welfare but Political party welfares!! Unfortunately Parliament & Rajyasabha become Political Party personal Scoring Arena instead of Peoples Welfare!!!! Rama.Suresh Sent from my iPad On Jul 27, 2016, at 11:10 AM, "MK VENUGOPAL" wrote: > > Find this email inappropriate - Unsubscribe > LocalCircles is now available on iOS and Android. > > MK VENUGOPAL > MK VENUGOPAL posted a message in "Transforming India". > Subject: The Parliament (Loksabha and Rajyasabha). > On various sessions, in the parliament function, there is no fruitful result than blaming and attacking the present government by various political parties. Opposition parties are unable digest to sit in the opposition specially the long run Congress. All simple matters are brought in to the parliament and disturbing the session. There is lot of important matters and bills are to be considered for which they do not allow to function. They are misleading the other political parties also and bringing them in to their clutch and It is unfortunate to see the present functioning of our Parliament and Rajyasabha. Though many more... > Reply Reply to this email to post a comment. > > If you believe that this post is inappropriate for this Circle, report it. > This email was sent to suresh.tampi@gmail.com. If you don't want to receive emails from LocalCircles in future, please Unsubscribe. > LocalCircles, Inc., 1556 Halford Ave., Suite 290, Santa Clara, CA USA 95051. > 107 Urbtech Matrix Tower, Plot No. B-4, Sector - 132, Noida, India, 201304.Privacy Policy. > more
Jul 29

Anita N
- One we are to blame for voting for illiterate goons to decide our future and to control our lives. - Two we need to get together as a people and vote for changes in the constitution and how the legislation functions. - Three - no work no pay should be the rule - If they do not come to work for more than X number of days they should be penalized. - If they misbehave or are not productive in the house they should be penalized. This would bring back much needed revenue back to the exchequer that can be used for welfare of the nation and not feeding these fatted people. more
Jul 28
View 77 more comment(s)
Post a Comment