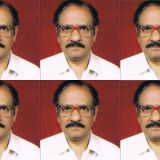 Suggestions on mobilising additional Revenues by the Ministry of Finance.

My Suggestions on budget provisions aimed at hiking of Revenue are as follows. I invite comments on these suggestions from members of Local Circle on the desirability and feasibility of the suggested action-steps:
The Income of some individual dividend recipients (e.g. Mukhesh Ambani) though in Hundreds of crores of dividend has been escaping taxation, the ground being that the income stands already taxed in the hands of the dividend-distributing company. The ground is disputable. The Income of almost anyone and everyone would have been taxed in the hands of the payer, but that ground is not relied on to waive the taxation of the income of the recipient Hence there appears to be no justification for exempting dividend income altogether from income tax.. Dividend income above a certain level, say Rs.10 lacs or Rs.15 lacs may be taxed.
Many Horticulturists and Agriculturists (Apple Orchards, owners of large-sized farm owners) escape taxation because any activity going by the name of Agriculture has been a Holy Cow in India and exempted altogether from taxation, irrespective of how high the level of agricultural income. The surplus vis a vis the cost of living and the cost of living for self, family and other dependents is spent on avoidable luxuries, acquisition of power over others (whether justified or not). Morally or ethically it is not essential to leave such surplus of income untaxed. Agricultural income above Rs.10 lacs may be subjected to income tax.
Amongst various incentives given for exports is total exemption from income tax. Total exemption from income tax may act as incentive only in the case of small or marginal exporters. The export income (e.g., on Information Technology exports) tends to be wasted by way of unjustified payment of high salaries to their employees and executives. Hence all large exporters with income of, say, Rs.10 lacs may be subjected to Income Tax.
Nicholas Kaldor,a famous Economist from Cambridge University when requested in early 1950’s by Government of India to give suggestions on how black money can be minimised by maximising collection of Income Tax gave suggestion as follows.
Income of anybody and everybody is the Expenditure of some other individual or company. So the Report of Income filed by every individual or company may contain report of his/their expenditure. When such reports of all with income over exemption limit are compared and contrasted with such Reports of others, any misreporting comes to light. At the time this suggestion was given the type of computer software was not available. Now software for comparison of huge data contained in such reports is available. Individual expenditure and individual income may be reported in lacs of Rupees, as also source from whom or to whom.. Any expenditure not matched by income can thereby be identified warranting further investigation.. more
Helpful Transforming India Jun 28
Viewed by 1501
View all 26 comments Below 26 comments 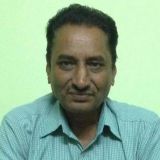 MANJIT SINGH MINHAS
By
MANJIT SINGH MINHAS
I Manjit Singh Minhas age 63 R/O wadgaonsheri Pune. Joined Tata motors pimpri Pune on 3Nov.1979 .on 24 Aug.2003 Manager S SNaik for to sign me VRS i.e Early separation scheme with lumpsome amount Rs3.5Lac. This was reported to H.o.Mumbai because my left over service was 11 years . They told me that you will get response from Pune plant .on 9 April 2004 my service was terminated without any reason with one month salary only .that me they saved RS 3.5 lac..no dues given to me .In month of Jan 2007 I joined Weikfield Pune .in month of March 2007 Tata motors pimpri Pune filled false complain of cheque overwrite and was sent to yerwada jail so lost my job of Weikfield .Case heard in shivajinagar court acquitted without any charge .Now my case on Tata motors pimpri Pune is in Bombay High Court. Civil Writ petition 7041 of 2012 till today no hearing .How one can get justice in India.I am family members of three. I only earning member of my family .This is harassment on me what nobody care even though I contacted to Ratan Tata on phone..So poor person will die without justice in India .Modi will enjoy. more
Jul 11

SN Sitaram
It is better to bring in expenditure tax replacing income tax to bring every one in to tax net. This suggestion came long back but not taken forward for unknown reasons. The expenditure tax may exclude some essential items like rice, vegetables etc., and levy tax at fixed rates of commodity. High end items like cars, air conditioners etc., can be taxed high and so on. Small items used by common people like bulbs, clothes etc., on lower side. Hope this will eliminate corruption in IT activity and people will know what is the tax amount and Govt. too can evaluate easily. more
Jul 01

Krishna Swamy (College Principal)
This is sheer nonsense. Everything cannot be done arbitrarily, especially taxation. Why only dividend income above 10 or 15 lacs should be taxed, why not 3 lakhs? The government should reduce taxes, simplify taxes, and fix taxes once and for all. Every budget, every year, you don't change the taxation system, as per the greed of the government in power. Reduce tax, simplify tax, and let every citizen be in the tax net. Let there be no black money. Let the Swiss Banks close down. Complicated taxation system encourages corruption and black money. more
Jul 01 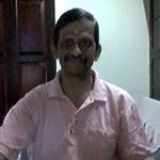 BALAKRISHNAN M R
Except taxation of ultra rich agriculturists, the suggestions of Mr. Sastry are retrograde and will not help the economy. more
Jun 30
View 26 more comment(s)
Post a Comment