I am also shaken by the fact that Chinese are setting up live streaming networks in India and paying women and girls to entertain men using their apps by stripping and vulgar acts.

The reason I am posting this article and Shalini’s post here is because I want to ask members and BIS why should there not be standards for apps. This is the new economy and era and our institutions need to ramp up and address 21st century challenges with 21st century solutions. Please do comment. Its important.

Below is the post from Shalini Agarwal in Surakshit Bharat asking for action.

Need circles to take up this important cause
As a parent having children about to enter teenage, I am appalled at what these chinese apps are doing to our next generation.

80% of the children in my 12 year old girl’s class are using sites and apps to record videos and share with each other.

This paper article attached by Sarita says Chinese app Bigo Live has set up a sprawling network of 10,000 paid hosts in small towns and villages of India - many of them are young women who dance, sing, strip or talk sex with millions of Indian men.

What kind of businesses are we letting therr chinese set up in India? LocalCircles and members of these circles if you dont take up this issue and get these apps blocked and banned, no one else will. By the time Govt wakes up it would be too very late. more 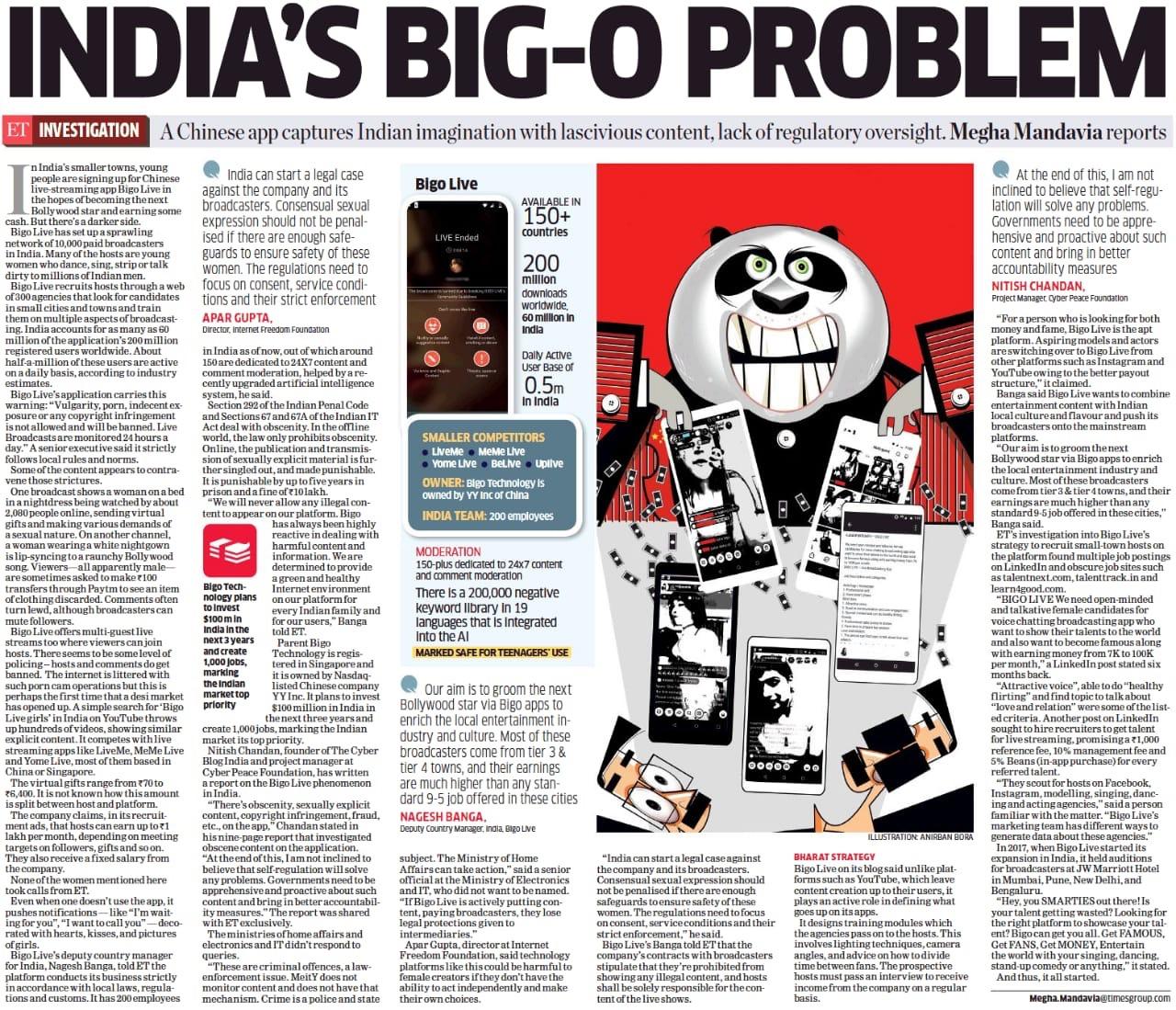 Arun Patro
We are heading a destructive world. some where some one need to be stopped. more
Apr 01

Jitendra Pandya
Our young generation is getting addicted and ruing their brain. The government must stop this nonsense to save children's brain. more
Mar 31

Particularly when the Pulwama attack happening despite of the ever alert Indian Intelligence department .

WE HAVE TO WAKE UP TO ALL THIS SMALL FACTS. more
Mar 30

Csn Sarma
1and 1/2 Decades neglect on Vigilance and Control Systems ruined many Fields. It is why BJP preferred America collaboration in Technology and Defence Sectors AND IS AT NATIONAL INTEREST.
NDA SHALL RETALIATE OPPOSITION CRITICISM opting same National interest even securing President OR SC cooperation. more
Mar 30

Gopabandhu Mohapatra
It is mainly due to lack of guidance, particularly from mothers to the teenage girls and the unawareness / repercussion in their social life. It is now widely adopted to have a boy friend and girl friend and unrestricted mixing. Girls needs to be given freedom, but they have to be closely guided to avoid or to exceed certain limits. more
Mar 30