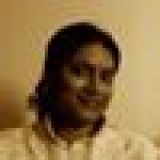 Nature "recycles" in its own timeline. Sadly, human use and throw of resources have "junked" the planet, including the huge gyros of trash in all our oceans killing avian and fish life while destroying/ choking land fertility for crops while polluting water and air.

Steps towards solutions: 1. Each source needs to have an environment impact report submitted to the government (in India, all licensing of business should be based on this vital report being part of the application/ renewal process; even at the level of homes, property tax needs to be linked to how the household disposes of its trash- recyclable/ garbage- proper bills from recyclers- kabaadiwalas etc. can be made as documentary evidence)

2. The impact report should also have a section to show concrete steps that can be measured in a timeline to move towards a 10% reduction per annum, the ultimate goal being total elimination at source. Total elimination means that all the "waste" generated is handled at the source and completely recycled or incinerated (without air pollution) or decomposed with the help of bacteria or other biological means.

3. Given India's history and general trends in civic participation/ keeping clean, levying fines and having a "cleanliness police" will not be very effective. Indians tend to work best under coaxing and "following a role model"- like a film star or cricketeer or now, the new "star", Shri Modi ji. Even our independence was won with Mahatma Gandhi's coaxing methods than some heavy handed fighting.

4. Reports on rural poverty and urban malnutrition show Indians choosing less healthy choices over healthy foods even if healthy is cheaper. This mindset of "aping the West" is still prevalent in so many spheres that it needs to be kept in mind while going through the process of solid waste management.

5. Waste management should be shown to be "cool"- movies and TV serials can have comedy tracks that show characters trying to follow directions to sort trash and messing up etc.

6. Just as some states in India used public transport like buses, trains, taxis and autorikshaws to spread the message of literacy, female child, family planning etc., the same can be used to campaign for Swacch Bhaarat.

7. Cool jingles and ad contests can be organized across the country in all languages to promote the idea. Essay competitions for school children and white paper submissions from college students with impact analysis and solutions with timelines for implementation can be part of it.

8.Summer internships to develop a village or urban plan, implementation can be made part of the curriculum for environmental Science, civi eng. majors and other related fields.

9. India is a free country. There is more heart than logic. Appealing to the emotions than to the head will work in getting the country cleaned up. Surat cleaned itself up in days after the threat of plague. Strong emotional forces like that have greater impact than threat of "fines"- Indians have always found a way around it through corruption.

Together, we can do it. Where there is a will, there is a way and India has always come up to scratch when we absolutely need to, be it winning a world cup or electing in assembly polls in spite of violent threats. more
Helpful Swachh Bharat - Clean India Dec 12
Viewed by 23073
View all 153 comments Below 153 comments 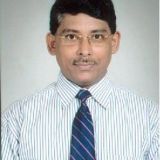 AMIT MADHAV BHATTACHARYA (House no. 247, Guru Nanak Pura..., None Yet. Being A Newcomer In This Area)
Amit left a message for you

AMIT MADHAV BHATTACHARYA (House no. 247, Guru Nanak Pura..., None Yet. Being A Newcomer In This Area)
Amit left a message for you 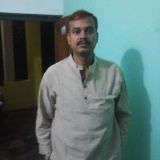 Rudra Narayan Bhanja Deo (Lane-3, Vikash Nagar)
you have mentioned very right thing which required to be integrated well and Govt. participation is must..........people have the mind set of cleaning what they require and make dirty which they don't require.......people should think whole world should be clean and beautiful..........this should start in minimum in the place where we live and maximum the Mother Earth. more
Feb 02

Subodh Agrawal
Please connect Gauri Sarin, Gurgaon Action Plan FB. GAP is doing a lot in this area and you can be a big help too. https://www.facebook.com/GurgaonActionPlan more
Jan 29 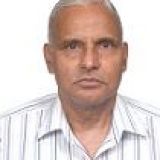 Yash Paul Gupta (SCF-10/1 Aggar Nagar Ludhiana)
School going children love to go by what their teachers say. It has been observed that a child may ignore his parents but not his teacher. Teachers enjoy a prefered status in
effectively moulding the mind set of young students in favour of Swachh Bhart. The school canteen, hostel, dining hall can be the laboratories for learning & practising 'swachhta'. at school. Inter-house competitions in observing 'Swachhta' can motivate the younger generation quickly. India needs to catch them young for lasting effect of Swachh Abhiyaan. more
Jan 17
View 153 more comment(s)
Post a Comment