The Hindu has covered smart city well in below article but they have not focused on the widespread corruption by municipal officials as much. I agree with the recent article by Mr. Shukla. It is very real in South India also.

The Smart City plan has shifted to building “satellite towns” and “modernising existing mid-sized cities”, to focussing on “compact areas within existing cities”, and then to creating a “replicable model” which would “inspire similar urban regeneration across the nation”. Budget allocations too have been shrinking year after year (this year’s budgeted spend is under ₹4,000 crore). Four years into the experiment, the pace of change has been glacial, racked by controversies and corruption scandals, and looks set to degenerate into the kind of usual pork barrel politics that we are wearily familiar with.

Is there a way to fix this? Yes, there is, but the change will have to start from the ground up. We are nearly a $2.5 trillion economy now, and money is not really the problem. The way it is spent is, and that is largely shaped by the way our cities are run.

The kind of municipal administration system bequeathed to us by the British is no longer working. Elected representatives are hardly representative; the bureaucracy is not even remotely accountable. This has to be drastically altered. From planning to budgeting, to spending, priorities need to be arrived at by a more democratic and inclusive process than what we have now. In this age of technology and near-universal connectivity, that’s not as difficult as it looks. In fact, a truly ‘smart’ city would make it easy. more
Helpful Swachh Bharat - Clean India Oct 22
Viewed by 2811
View all 15 comments Below 15 comments

Gopabandhu Mohapatra (216, Shantinagar, Jharapada, B...)
Smart city is for name sake. There is only competition to grab the money. more
Oct 23 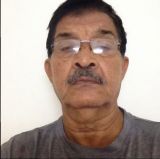 Rajagopalan Ramaswamy (24/36, Ramanujam Street, T.Nag...)
We need to introspect ourselves as to why the elected representatives are not successful in their output and also what makes them neglect the social cause. We first need to fix accountability. Projects for the Smart city are to be highlighted with budget, time frame, infrastructure and also the person responsible for the project. Very high inflated figures for the project need to be avoided and realistic data to be furnished. The state and central Government employees who are paid handsomely must work to help the nation build infra-structure and also to benefit their electoral citizens. Any amount of propaganda to avoid corruption may help eradicate the evil.

Amitava Sur
Yes accountability and transparency shall be imposed by the people. Heads must roll for non performers. People must be able to red flag corruption, dereliction of duty, non performance, etc with text messages, still photos, and video clips.
Elected representatives must be made to interact with the people of his/her constituency regularly and resolve the issues. And many more related issues. more
Oct 23

RAJESH NAIR
Yes it's a very big factor i.e. corruption has to checked timely and responsibilities has to be fixed with time frame and there has to be authorities from the State and Centre to really Check into the factors which is leading to corruption and all this will ultimately fullfill the aspirations of our hounarable Prime Ministers dreams to make India stand in front of whole world as one of the most fast developing democratic country . more
Oct 23

RAMESH VILLIVALAM
There has to be representation of experts in local municipal administration. Otherwise smart cities will not happen. The functioning of local bodies should have community participation as well to succeed. At present it is all political appointments and there is a dearth of knowledge, even basic. With the present set up it is very difficult to implement Smart Cities. We have all seen how the CEO of Coimbatore Smart City Project was given to a novice ( a relative of a prominent political party functionary) and how it took a youngster to raise a stink in social media before the appointed person resigned. more
Oct 23
View 15 more comment(s)
Post a Comment