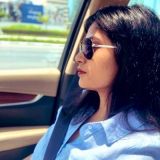 If you feel like it has been a while since an Indian politician said something alarmingly sexist without batting an eyelid and then casually denied the sexism, then Andhra Pradesh Speaker Kodela Shiva Prasad is here to assure you that all the misogyny is alive and kicking.

Not only did the TDP politician compare women and sexual assaults to cars and accidents, he did so during a press conference ahead of the ‘National Women’s Parliament’ in Amaravati.

At the conference, Prasad begins speaking about 'women empowerment' and incidents of crime against women in the country. And then, he presents this insightful theory on women and assault.

"Similarly, in older times, when women were housewives, they were safe from all kind of atrocities, except discrimination. Today, they are studying, working, and also are doing business. They are exposed to the society. When they are exposed to the society they are more prone to eve-teasing, harassment, atrocities, rape and kidnap. Is it not? If they do not leave home, it doesn't happen."

However, the Speaker soon realised that he may get into trouble, as he went on to stress that he wasn't asking women not to be educated or not to go to work.

"I do not mean that they need to be kept at home so that they are safe. They should be educated, should be made to work and they should be given courage, but their protection should also be taken care of," he concluded.

Ironically, he made these comments during the media meet that was organised to elaborate the state's plan to host the 'National Women’s Parliament' in its upcoming capital Amaravati.

The three-day event is hosting over 10,000 women delegates from across the country, which include women MLAs, MPs, businesswomen and other influential leaders. more
Helpful Residents of Andhra Pradesh Feb 11
Viewed by 288

A Jeevan Jaya (Residents Of Visakhapatnam)
There seems to be nothing wrong in his views.When the ladies goes outside with modern dress exposing their skin it is normal to provoke the opposite gender persons.They thus have to be careful to avoid such all happenings more
Feb 13

R V K BABU
I suppose he is a medical doctor. He has not studied political science and history. The politics being practised different . They do not have laws or bylaws. They can do at will. Its the voters who have to use their wisdom. more
Feb 13

VVKumar Sarraju
Ms seema madam, Speed thrills but kills is the warning we read on highways. Hon. Speaker used a simile of that warning sign in our way of life. Its irrespective of Gender. But women being slender can expect more accidents and manoeuvre carefully. I think his comments guide this situation to improve and want them to have speed and at the same time not involve in accidents, which always cause sorrow and distress to one and all who ever involved in it, voluntarily or else. The need to take measures to improve confidence and strength in women as enunciated by speaker is the point we should focus and not the simile. The day we have Formula one motor racing for women is not so far I expect. I wish one should be cool and listen to addressess by people in high places with calm mind! Don't pick words and diagnose. With cheers, regards and best wishes more
Feb 13

Srirama Murty Chitturu
I think we are unnecessarily trying to find fault with everything a politician says. We should excuse them also like we excuse other members of the society, especially when they realise that the comparision is wrong and said so. more
Feb 13

Shrini Vempali
Despicable. What do you expect from a man born and brought up in a society that is patriarchal, feudal, medieval, and chauvinistic. No matter how great the strides made by women in all walks of life - in some areas beating the hell out of their male counterparts - the chauvinist in Indian male refuses to go! The politicians are the worst offenders. Why, we even have a Netaji [that is how he is referred to by his chamchas, I am talikg about MSY] who condones rape by his party goons saying boys are allowed to do some mischief!

It is upto us how we handle this menace. It should start at home. Should continue into school and college. Speedy justice and stringent punishments also would help. But, for that to happen, unfortunately, we have to depend on these very same politicians! more
Feb 12
Post a Comment