VOLUNTEERS Cleaning the dirt , collecting litter thrown by some irresponsible /arrogant / imbeciles . No doubt there is a possibility of emulating the volunteers by public . This Cleaning drive has been going on for quiet some time now , almost 10 years . No doubt wherever the citizens welfare associations have initiated there has been good results . Some of the lakes , ponds, marshes have been restored in and around Chennai .

WHY NOT THE SAME VOLUNTEER FORCE BE ALLOWED TO ACT AS MARSHALS WITH THE HELP OF MEN IN KHAKI IN PUBLIC PLACES TO EDUCATE AND ALSO WARN THE PUBLIC AS WELL ABOUT THE PENALTY .

However, the police have effectively recognised this issue, seeking to address it by pushing for better technology. For example, the city traffic police earlier this year inaugurated a ‘contactless enforcement system’ with assistance from state-of-the-heart CCTV cameras.

THAT WAS FOR THE TRAFFIC , THE SAME SYSTEM TO MONITOR THE LITTERING & GARBAGE DISPOSAL IN SELECTED PUBLIC PLACES COULD BE INSTALLED TO TAKE ACTION .

I like to repeat the cliché and the opinions raised that only punitive measures will work in India . We have seen well dressed people , in high end cars jumping signals when there is no man in khaki

THE SAME IRRESPONSIBLE /ARROGANT / IMBECILE ONES BEHAVES LIKE A MEEK MICE WHEN THERE IS A MAN IN KHAKI IS STATIONED .

So only solution to littering and proper Garbage disposal is to take punitive action. more 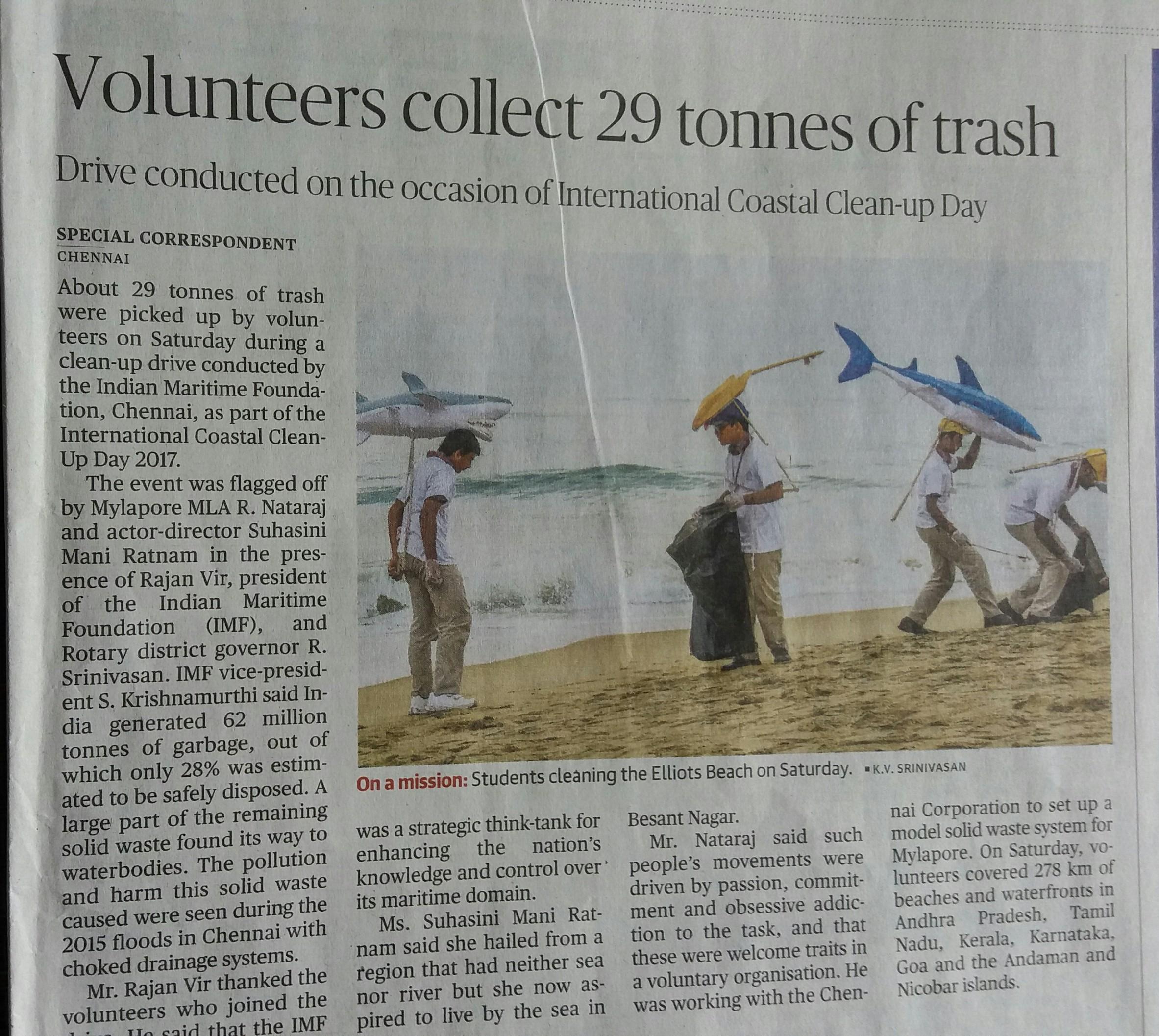 Satya Pal Ratti
Thoughts of the country's well-wishers are noble and worth emulating.
But, unfortunately, it's the man on the street that requires "inner jagriti"..... more
Sep 13

Vinod Mehta
The suggestion should be reinforced by constituting local groups of volunteers comprising of Sr citizens and some ex Govt officers like ex servicemen officers for well defined areas of the city who should meet once a fortnight to share their views,and give suggestion, Their pts should be implemented by the nominated Govt/Municipal nominated officer in the stipulated time, if not done,the officer /Dept concerned should be answerable and pulled up. It's called public participation for good governess. more
Sep 07

DK Sarkar (Aptt B/802 Shree Ganesh Gauri ...)
Very good suggestion. But ... power corrupts. This will become another fertile ground for exuberant growth of politics. And, then ..... ! more
Sep 02