Below are the key issues, root causes, solutions for RPF Corruption as identified by you. Kindly review and share any other specific inputs you have, esp on solutions.
We will be compilng this and sharing with Hon'ble Minister and Railway Board.

1. RPF has the most authority at the stations
2. RPF jawans are not very well paid
3. They lack professionalism and are not being trained regularly on customer service, fitness and surveillance techniques
4. Some RPF personnel misuse their authority for their personal gains
5. Common people are unaware of the duties and responsibilities of RPF
6. Some people mistake the RPF with police/army and pay bribes under pressure
7. Some of them even tie up with the TTEs and share the bribe money
8. Monitoring of the RPF jawans on stations is almost non-existent
9. The RPF does not have access to modern gadgets for proper surveillance
10. Passengers are not aware of any way of complaining against the RPF
11. Even is a complaint is made to the station master, it never reaches the authorities
12. Illegal vendors don’t mind giving bribes to be able to set shop on platforms
13. Some passengers bribe the RPF to carry goods as it would save them a lot of money.

1. Many RPF personnel take bribes from illegal vendors
2. Some RPF personnel sell railway material to scrap dealers to make money
3. RPF guards take bribes from people to let them inside a railway campuses and workshops
4. Any transport vehicle bringing railway material for delivery has to pay a bribe of Rs. 100 as entry charge
5. Cigarette, Tabaco , lighter, and matches are openly sold in platform and trains facilitated by RPF corruption
6. RPF personnel take bribes and let passengers board the train without a ticket
7. They ask for bribes from people coming to pick and drop freight material to the stations, to allow them to enter/exit
8. Vendors on the station sell products at high rates and bribe the RPF jawans to ignore any complaints against them
9. Many RPF jawans have been found selling seized liquor
10. They also take bribes from unauthorized porters to allow them to work on platforms
11. Family members carrying patients and medical equipment are harassed by the RPF jawans by asking bribes to complete formalities
12. A common tactic used by RPF is to threaten the passenger to get down at station for booking complaint against the passenger and ask for bribes to let go
13. Pickpockets on stations caught and handed over to the RPF are let go after taking bribes
14. They also take bribes from passengers and allow them to carry prohibited items like alcohol, firecrackers etc. inside the train
15. RPF Personnel take bribes and allow homeless, beggars etc. to use railway platform for night stay. more
Helpful Make Railways Better Apr 16
Viewed by 10637
View all 125 comments Below 125 comments 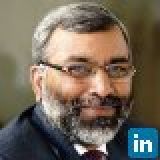 SATINATH BHATTACHARYYA
LOOK AT THE POST FROM MR. ASHISH KR.DAS on 13/10/19 . That should be enough if your approach is with honest intent. Need not wait any further. more
Oct 16

SUBHASH PARAKH
The best way is to disband gang og goons minimum for a year and handover the same to CISF and retired people that is the only way to save India otherwise RPF will loot India. more
Oct 13