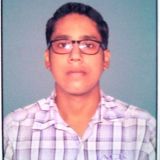 Review of VIKALP option by IRCTC

While IR advertised the VIKALP option as a crucial aid for passengers getting waitlisted tickets, I, after many experiences, have found it almost useless & just a scam to earn money.
Take my last journey for example. While booking tickets from Kanpur to Ghaziabad, I opted for VIKALP & chose all trains in the post 4.30 hrs. The train originally booked for was to depart at 9.00pm and charting got done at 5.00pm, showing 'Waitlisted'.
Now, anyone in such situation would decide to buy general ticket and travel in the same train or he may choose to travel in any train before or after it, because waiting till the charting of all VIKALP trains is a risk of still not getting the ticket confirmed. but now, the problem is that he has opted for vikalp option so IR may allot him a seat in any alternate train departing after 9.00pm and in such case, IRCTC will not refund the person's money because they have given him a confirmed seat while that is now, useless for that person as he has already taken his journey in another train and also bought a separate general ticket. so for that vacant berth, IRCTC will earn the reservation amount and this is a proven scam by IRCTC. so, I want to ask what is people's opinion and their past experiences regarding the vikalp option....
have they ever got the confirmed tickets using that option or they travelled in general class having a fear in mind that what would happen if the get a seat in an alternate train after they have taken their journey. more
Helpful Make Railways Better May 28
Viewed by 1255
View all 20 comments Below 20 comments 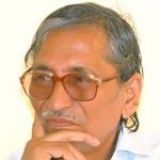 PURNIMA KUMARI GUPTA
VIKALP is useless. I may not be allotted even a RAC ticket, because I have opted VIKALP for confirmed ticket and not for RAC. It is the shortcoming of VIKALP. Please never opt for VIKALP. I have never seen success by opting VIKALP. Better to book second ticket in other train, if there is doubt of confirmation. more
Jun 03

Dipak P.
In Vikalp You have to Select the Trains which suits to your Plan. Or Else wise You can take Current ticket & start Journey. In Vikalp In Fact You are getting Confirmed berths. It Is not Scam But efficient use of available Infrastructure. Not To blame railway. more
Jun 03

Ramesh Kutumbe
If the scheme is not suitable for you, you are free not to opt for it. You may ask for information from Railways about how many Passengers have opted for "VIKALP" and how many of them have been offered alternative and how many of them have actually utilised the option duruing last six months or so. You wold have better data to put up your argument.
RYK. more
Jun 01

Mayank Kothari
VIKALP option never works. If you have opted for VIKALP and your existing ticket is waitlisted, you can check availability in alternate trains selected by you. If alternate trains are also showing waitlist then there is no chance of your VIKALP ticket getting confirmed.

Reservation window of 4 months is also a very big scam. If you are traveling in 1A, 2A or 3A classes big amount of money gets blocked. e.g minimum average ticket price of 3A is Rs.1000 and if we are family of 4 than Rs 4000 gets blocked. Now a person will also book return ticket as well, so another 4 thousand get blocked. So total Rs 8000 blocked for 4 months. If ticket is waitlisted many people will try booking in alternate trains as well, so there additional amount gets blocked.
Railway issues waitlisted tickets in huge number so imagine how huge amount they are keeping and on top of it if ticket does not get confirmed they will not refund full amount and deduct some amount as clerkage charge.

4 months advance reservation should be immediately stopped and reservation window should be opened only 2-3 days in advance and present tatkal scheme should be shut down. Some 10-20 tickets can be kept reserved for emergency and should be issued at station physically only 2-3 hours before departure. more
May 31
View 20 more comment(s)
Post a Comment