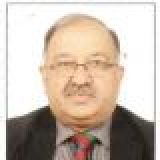 Resignation of Urjit Patel from the position of Governor RBI

I feel that Urjit Patel should have not resigned at this juncture as India is doing so well at all Macro Economic Parameters and that is being recognized world over by IMF, World Bank, rating agencies etc besides being appreciated by the economists,finance experts and CEOs of MNCs.Any way his replacement Mr.ShaktiDas is no less in capabilities and experience and also well acquainted with the government policies to take India ahead so he has maturity to handle what Urjit could not besides maintaining the autonomy of the RBI. So, all the best to both of them and I must congratulate PM & FM to find an able successor so promptly with no loss of time.JaiHind more
Helpful Transforming India Dec 11
Viewed by 38
View all 7 comments Below 7 comments

Csn Sarma (socialworker)
Whether it is RBI, Banks, Financial Institutions, Companies, Business Enterprises, it is inevitable to safeguard from going into Insolvency. Country has already lost its highest due to closure of Thousands of Small, Hundreds of Medium and Large Scale Industries which became Sick in 80s and 90s. SISI also neglected a lot in 90s and even later.
The root cause of Industrial sickness beyond the effects of climate, recession in the markets, non funding Working Capital gap in such periods and, due to accrued losses, the institution becomes SICK and also fell into provisions of Bad and Doubtful Debts, Insolvency etc., while the second reason is unplanned incorporation of Units without proper and guaranteed Markets.
Whatever it may be, it shall be the duty of Enterprises, Financial Institutions, Financing Banks as well as the RBI and the Governments.
One who neglects in losses, permits continued losses, leave off Sickness to the Enterprise/Banks connected, are not to be patronized since the concept of Business shall be the Profit motto AND NOT SHOW/CONCEDE TO LOSSES. In this process, Working Capital Banks, Term Loans Financial Institutions , RBI as well as Indian Economic Council/GOI become fully responsible since the Businesses are run with 60 to 70% Funds of Financial Institutions ; 60 to 67% W.C. Bank Loans WHICH ARE DEFINITELY THE PART OF PUBLIC SAVINGS AND NATIONAL FINANCES to help the Industries, Businesses, Enterprises perform and gain profits and Build National Economy as a whole.
Therefore, neither the Enterprises and Banks, nor the Financial Institutions and the RBI , opt to be away from the responsibility and mandates of the Ruling Body of the Nation in whatever the name authorised or, the very Executive. Then only there will be eradication of Financial Frauds, Misuses and Misappropriations on vigilant Operational Systems. Responsibility, Accountability, Ethics and Transparency shall be the motto for all connected with all sorts of Funds and Finances.
Sri Vijay Malya had accepted to pay off 9,000 Crores Overdues only after knowing about the Court Judgment to send him off to India. Even then, he is preferring waive of interest. Certainly he had much more assets backed by him. In a recent declaration of such NPA of 2015, as against Overdues of beyond 3 thousand Crores, E.D. could now attach only 78 Crores i.e., ONLY ABOUT 20% . How the balance 3 thousand Crores could be borne by the public and the Nation ? . To who many Companies ? . All these are to be understood wisely and sincerely with dedication on the National Interest by all please . more
Dec 15

RAMA MOORTHY (engaged in Social activities in the localcommunity)
There is nothing big about this. People said similar statements when Mr Rajan left. World ignored it and said India is progressing.
Governors may come and Governors may go The tussle between RBI and Govt. goes on for ever.

This is not the first time that this sort of disagreement arose. Even The Congress - BI and next Congress - AI - (BI- Before Indira; AI -After Indira) saw a similar situation

In a democracy Govt. is supreme authority and all others are supposed to help and guide the Govt. in its obligation to the citizens. When the country is reeling (lose one's balance and stagger )under economic pressures forced on it by external elements, what is the fun in keeping a mountain of finance and refuse o help They can be part of the recovery process and institute safety measures to ensure that the money released by them is really utilized well and the country is benefited.

Already all such Institutions like CBI, Judicial, Election Commission, CVC to name a few, apart from Media are revolting on one issue or the other, and make the Govt look like a puppet. How a Govt. can rule the country and make it progress?

Mr Patel has other avenues and being in RBI he will find his knowledge useful to foreign powers to destabilize India discretely. Now the war is not a direct one and all forms of Medias, social medias and people who are considered to be "BIG" can be used as cannons. They are Trojan horses and the country from which they emerge can be defeated, from within.

Now he has ample time to write a book on "How demonetization efforts (for which he was also a party and could have claimed credit, if only it was an immediate success) spoiled India's progress " and help Congress (which would have done a similar act, if a situation warranted,and which our economic professor, Mr Manmohan and Mr P. Chidhambram confirmed

Ref Chidhambaram's statement dt 2nd July 2013 "“The RBI must understand its mandate in a broader sense. Yes, RBI’s mandate is price stability, containing inflation and maintaining fiscal stability but that must be understood as part of a larger mandate of growth and creation of jobs,” he said.
Mr Manmohan said in 2014, that “the governor of the Reserve Bank is not superior to the finance minister. And if the finance minister insists, I don’t see that the governor can refuse, unless he is willing to give up his job”. more
Dec 12

Csn Sarma (socialworker)
Demonetization unerthed 3.68 lac Cr worth Suspicious Deposits ; 2.24 lakh Shell Companies ; 17.73 laks Suspicious Cases the value of which also amount to Lakhs of Crores. States and Political parties moving campaign against I.T. and E.D. Raids.
S.C. if takes on Suo-motu and take up the Cases, every one and every institution responsible for and accountable in these identifications will have to either pay penalty linked I.T., W.T. and or loos the whole Amount misappropriated.
The silence of Supreme Court even after knowing about 2011 Statistics of Poverty is really a pitiable status set to Citizen of India by various Offices, Institutions, Individuals, Societies and Companies, Enterprises. more
Dec 12

Sreeram Srinivas (Research Professional)
If Urjit Patel can continuously disagree with his wife & still live with her under same roof, why does he need to resign ?? Scoring brownie points ?? more
Dec 12
View 7 more comment(s)
Post a Comment