Dr. Gagandeep Kang has done a good write up on whether we should consider Covid vaccination of healthy children in India. Everyone please read below and share your views. Another thing to consider is whether the gains from the jab on kids is worth the risk of potential side effects from it.

A Report this week from Pfizer on its mRNA vaccine being evaluated in children (6 to 11 years of age) stated that two shots of one-third the adult dose provided an immune response comparable to that in adolescents and adults. Since the trial had only 1,500 children in this age group, this was insufficient to show direct evidence that the vaccine reduces disease in children. Pfizer and Moderna's vaccines are already being used for children above 12 years of age in the US and in 16-17-year-olds in the UK, with other high income countries using or considering vaccines for their children.

In India, ZyCoV-D, the DNA vaccine from ZydusCadila, has been approved for use in individuals 12 years or older, but is not yet available. The trial included approximately 1,400 children between 12 and 17 years, making up about 5 per cent of the total recruitment of over 28,000 participants. The interim analysis of 81 symptomatic RT-PCR positive cases showed an efficacy of 66 per cent based on 21 cases in the vaccinated compared to 60 cases in those who got a placebo, but there were no cases in children who received either vaccine or placebo.

Immunogenicity data from children given ZyCoV-D are not yet available, but published data shows that 8 of 10 adults given three doses of 2mg DNA with four weeks between doses made antibodies.

Covaxin, the inactivated vaccine from Bharat Biotech International, is being evaluated in 528 children between 2 and 17 years of age.

Since the studies in Indian children are all based on immune response, rather than clinical efficacy, we should have results emerging in the next few months. If vaccines are immunogenic and efficacious in adults, they should be the same in children, but there are considerations of dosing and safety.

Vaccines for children do not usually require as high a dose as for adults, and as with Pfizer, we may need to give a lower dose to children.

Safety, with age- and gender-dependent side-effects is another consideration, with the UK’s Joint Committee on Vaccines and Immunisation (JCVI) not recommending the mRNA vaccines for 12-15-year-olds at this time, because their analysis showed that for this age group, the benefit was marginal and the potential risks of viral myocarditis, an inflammation of the heart muscle, which is an extremely rare side-effect of the mRNA vaccines, but seen at somewhat higher rates in young males for which long-term effects, are being studied.

The JCVI stated that for most children in this age group, SARS-CoV2 infections were asymptomatic or mild and resolved without treatment. The few children who required hospitalisation mostly had underlying health conditions and the JCVI recommended vaccination for children with these conditions, but applied the precautionary principle for healthy children in not recommending vaccination until more data was available.

This differs from the US, where all children above 12 years are being vaccinated and with the recent report of the Pfizer vaccine, vaccination of younger children may also be considered.

What does all this mean for India?

Many official announcements seem to convey that vaccines for children are essential and will be available in the near future in India. But is the situation in India exactly analogous to the high-income countries? What should be done and when?

When vaccines are to be introduced into a national immunisation programme, there are three critical considerations. First, the burden of disease, which considers the risk of infection, severe disease and death, can be stratified by age, geography or risk group. Second, the performance of the vaccine, which considers safety, immune response and protection and the amount of disease expected to be alleviated by vaccination. Third is the programme-readiness and availability of resources and processes to be able to vaccinate target groups and sustain the programme.

We have very limited data on the burden of disease in children.

However, despite the huge number of infected children, we have very limited data on how many developed severe acute disease or multi-system inflammatory syndrome in children (MIS-C). There are only a few published studies from India on various aspects of SARS-CoV2 infection, ranging from interactions with dengue to cytokine profiles in children with MIS-C.

Anecdotal reports indicate that children who are hospitalised mainly had comorbidities, but there have been healthy children who have developed severe disease and died. But media reports, discussions with paediatricians and single hospital figures do not add up to an understanding of what actually has happened in terms of infection, disease and deaths in children in India, and while the data may have been collected, we have no publicly available information.

Similarly, while we do not have the mRNA vaccines with their risk of viral myocarditis, we have been using the adenovirus vectored vaccine in young adults and have many media reports of temporally related events that resemble thrombosis with thrombocytopenia syndrome (TTS), but the analysed data from the National Adverse Events Following Immunisation Committee are limited to much fewer reports than expected. As an example, Sri Lanka reports TTS cases at higher levels than India following immunisation with the adenovirus vectored vaccine.

With high sero-positivity, limited data on severe disease in children with or without comorbidities and limited information on the safety of vaccines in use in India, how do we make decisions on whether to vaccinate children and which vaccine to use? With schools re-opening, parents worry about children and protecting them from infection.

Yet, despite the massive efforts and nearly 85 crore vaccine doses given so far, we still have a long way to go to vaccinate our adult population.

It is clear that children with comorbidities need protection and if safe and effective vaccines are available, they should be used.

ZyCoV-D has been evaluated and appears safe in children. Even with no cases in children, there is no reason to believe it will not protect in children as it does in adults, but immunogenicity data from children would be reassuring.

Plans for the introduction of any vaccine in children must be designed to monitor post-introduction safety in children, hopefully better than we have done in adults so far. Since vaccines for urban children are given to a larger extent by paediatricians in the private sector, planning for safety monitoring by professional bodies such as the Indian Academy of Paediatrics, may help generate the much-needed data that can counter vaccine hesitancy driven by concerns of safety.

Based on where we are today, it is unclear that there is an urgency for vaccine introduction in Indian children beyond those with comorbidities. Even if the programmatic readiness for introduction is not a concern, we lack the data on the burden of the disease and the potential impact of vaccines in healthy children to be able to make an evidence or predictive modeling-based decision.

There is an urgent need to strengthen our data systems to monitor both SARS-CoV2 infections in children and the safety, immunogenicity and effectiveness of vaccines so that the policy on vaccinating children is informed by evidence, and we are prepared to deal with misinformation. more
Helpful Transforming India Sep 26
Viewed by 1513
View all 8 comments Below 8 comments

Gopabandhu Mohapatra
Let the Health department examine and re-examine the policy of vaccination to children and let it be implemented. The theory of opposing each other will not help at any time. more
Sep 29

Anupam Tripathi
Mr. Will you take responsibility of any side effect happen because of this vaccine! If no, stop spreading bullshit. more
Sep 28 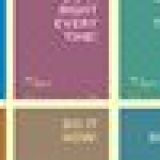 Venkateswarlu Kota
I myself am suffering from side effects. Since there is no study on the side effects all are thinking vaccination is the only solution. Does vaccination improve the immunity is yet to be answered in the present scenario. more
Sep 27

Vishnu Aravind
Vaccination should not be made mandatory. It should only be optional, if at all there is a decision to administer to school going age. Very wise comments, here vaccination is not needed if a person can take care of his / her immunity. Why only western medicine is the only solution. more
Sep 27

Santosh Ramanand
Vaccine is not the cure. The only way is to build a strong immunity. Today lot of us have side effects of the vaccine. Some have breathlessness after climbing a couple of floors, some feel sweaty most of the time, some develop fungal infections, etc etc. I too feel ayurveda is a permanent solution without any side effects. more
Sep 27
View 8 more comment(s)
Post a Comment