So Johnson and Johnson has knowingly that its baby powder had asbestos at times and not told customers is playing with life of young children.

We need to discuss and raise this issue and as a result get some proper regulate such products in India. Unless that is done multinationals like J&J will keep sellling untested stuff to us and Indian consumer will have the consequences.

Can we all discuss this issue and come up with super crisp suggestions to Govt to have a systemic way of handling this so pharma/medical companies cant take Indian consumer for granted. Policy, Monitoring and Enforcement all 3 are needed.

Ranjit Biswas
It is surprising that these internationally highly reputed multinationals engage in all kind of immoral activities only in this country due to prevailing of deep rooted corruptions and indiligent work force. more
Dec 21 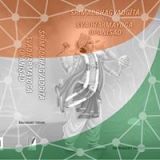 Ramakant Tiwari
Pratik Tolia, are you a clown or what ? Without knowing brand name of my mobile and network, you challenged me to stop using mobile phone ? Don't waste your precious time in writing such silly / worthless comments. I may not reply at all in future. more
Dec 17

KRISHNAN MelarkodeRaman
It is more than a year, we heard abut suing of Jand J, by an AMERICAN LADY for the CARCINOGENIC effects of its TALCUM POWDER. Noe the revelations, (SEE BELOW)are shocking.
We had talcum and TOILET POWDERS, 50 years ago. Now, the TIOILET POWDERS are not to be seen. Let the regulators in india check the TOXIC CONTENR of ASBESTOS in indian TALCUM POWDERS. Are they testing the ASBESTOS CONTENT? Is it well below the limit prescribed by FDA?

On Friday, Johnson & Johnson’s (JNJ) stock tumbled 10% — wiping out close to $40 billion of its market value — after a Reuters report said the company knew for decades that asbestos was in its baby powder.
Johnson & Johnson Powder
The company has been grappling with lawsuits alleging some of its talcum powder products caused cancer.
But the Reuters report cites documents and other evidence that indicate company executives, mine managers, scientists, doctors & lawyers knew about the problem and failed to disclose it to regulators or the public.
It was J&J’s worst day since 2002.
The plunge in J&J’s shares rippled across Wall Street. J&J is among the most widely held stocks and it’s also a member of the Dow.
Reuters said it examined documents, including depositions and trial testimony, that show that from at least 1971 to the early 2000s, J&J’s raw talc and finished baby powders sometimes tested positive for small amounts of asbestos, a human carcinogen that can cause cancer.
According to Reuters, the documents also depict successful efforts to influence US regulators’ plans to limit asbestos in cosmetic talc products and scientific research on the health effects of talc.
“The Reuters article is one-sided, false and inflammatory,” Johnson & Johnson said in a lengthy statement about the report. “Johnson & Johnson’s baby powder is safe and asbestos-free.”
The company said that “thousands of tests” by Johnson & Johnson, regulators, independent labs, and academic institutions have shown that its talc does not contain asbestos.
The company said that it has fully cooperated with the Food & Drug Administration and other global regulators over decades, and used the “most advanced testing methods available” to ensure that its cosmetic talc is asbestos-free.
On July 19, 2002, shares of Johnson & Johnson tumbled 16% as federal regulators investigated a former employee’s allegations of false record-keeping at a plant that made an anemia drug linked to serious side effects. more
Dec 17

Hemakumar K
I feel we should take samples and test the same in a government registered Laboratory ( King Institute Guindy ) and with that report we should take it up with the concern Govt Authority. more
Dec 17

Gopabandhu Mohapatra
Public are expected to know all these deficiencies and it is expected from the regulators to curb these activities. more
Dec 16
View 28 more comment(s)
Post a Comment