I believe FSSAI really fails in making standards. At best they are food experts and may know how to test a product.

As rightly said in Food circle, standards for organic food are need of the hour.

Tom, Dick, Harry and their uncles are all branding food items as organic. No one knows what organic means so any thing runs.

R V K BABU
FSSAI May not be able to inspect all the places because of manpower issues. I think they should outsource inspection and verification be done by FSSAI. more
Sep 16

What does “organic” mean? Simply stated, organic produce and other ingredients are grown without the use of pesticides, synthetic fertilizers, sewage sludge, genetically modified organisms, or ionizing radiation. Animals that produce meat, poultry, eggs, and dairy products do not take antibiotics or growth hormones. 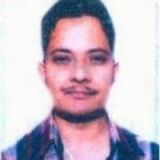 Pankaj Jaiprakash Khandelwal
Thanks for your feedback Mr Mukul Mohan Mittal. Irrespective of what you call me, it would be better that you please do some Google search, find out the facts for yourself and then decide what to say and what not to. Your comments seem inspired by bias and not by proper research. more
Jul 03

Naganand Nileshwar
Standards are meant only if they are to be followed. Other-wise, they are like opening a Pandora's Box to litigation. Look at ISO. All standards set but who follows? Markets are flooded with cheap Chinese stuff and sought after by the general populace. The next target could be food. Unfortunately, price appears to be the sole consideration of the majority. Tagging any item as "ORGANIC" is only to raise the price. more
Jul 03

Nirmala Rawat
I totally agree with Mr. Ajay Mittal..
Even pulses that are packed as organic are easily distinguishable, as they are polished too big in size. Some measures must be taken BSI to catogories organic and punishment for cheaters. more
Jun 28
View 17 more comment(s)
Post a Comment