Dr MK Mani, chief nephrologist in Apollo Hospital Chennai, told TOI that the practice of doctors getting kickbacks from any expensive operation or diagnostic procedure was pervasive and openly done.
•
NEW DELHI: Eminent doctors across India are unified in their opinion that doctors play a key role in "the kickbacks and bribes that oil every part of the healthcare machinery".

The debate was sparked by an article in the British Medical Journal (BMJ) on corruption in the Indian medical practice a couple of months ago followed by an editorial on the same issue in the latest issue of the journal written by Dr Samiran Nundy, one of India's leading gastroenterologists.

Dr Nundy, who is chairman of the department of surgical gastroenterology and organ transplantation at Sir Ganga Ram Hospital, said corruption was all pervasive in healthcare delivery in India starting with capitation fees for entry into medical colleges.

The editorial, titled "Corruption in Indian Medicine", came out just as the Kokilaben Dhirubai Ambani Hospital (KDAH) in Mumbai acknowledged, in a letter to the Maharashtra Medical Council, that it offered "incentives to doctors" to refer patients to the hospital (first reported in TOI on May 13 with a follow-up on June 15). The complaint before MMC stated that the hospital had been sending out forms to various doctors to enrol in a forum promising a reward of Rs 1 lakh for 40 admissions per annum, Rs 1.5 lakh for 50 admissions and Rs 2.5 lakh for 75 admissions.

The article to which Dr Nundy responded was written by an Australian doctor, Dr David Berger, who had volunteered in a small charitable hospital in the Himalayas. He spoke of how reference for an electrocardiogram (ECG) at a private heart clinic or other investigations attracted 10-15% kickback to the referring doctor. "I saw one patient with no apparent structural heart disease and uncomplicated essential hypertension who had been followed up by a city cardiologist with an echocardiogram every three months, a totally unnecessary investigation," said Dr Berger.

"In many of our five-star corporate hospitals, where the main motive seems to be profit for the shareholders, there is an institutionalized system of so called 'facilitation charges' or fees for 'diagnostic help' given to physicians who refer patients regularly and for expensive procedures like organ transplants which may reach Rs 1-2 lakh," said Dr Nundy, adding that doctors were confronted by financial officers of hospitals asking them to justify whether they deserved their salaries especially when the revenue they generated for the hospital from investigations and operations fell short of set goals. The "temptation" to do "unnecessary investigations like CT scans and MRI" and "unnecessary procedures like caesarean sections and hyterectomies" was "hard to resist", he added.

Dr MK Mani, chief nephrologist in Apollo Hospital Chennai, told TOI that the practice of doctors getting kickbacks from any expensive operation or diagnostic procedure was pervasive and openly done. "In the case of doctors who have pointedly refused to take such 'cuts', it is given back to the patients as discounts. But hospitals have not stopped this practice and doctors who take such cuts continue to do so. In 1995, I had filed a complaint with the medical council with all the relevant proof and yet the council took no action," said Dr Mani. Dr Mani had been given cheques as "professional charges" by an institution for referring patients for a particular procedure.

He wrote to the medical council stating that the council's guidelines clearly stated that it was not acceptable for medical practitioners to indulge in fee splitting. "It is a common practice for institutions running high tech and high cost investigations and treatments to offer inducements to doctors who refer patients to them for investigation or treatment. I believe this practice is no less reprehensible, and no less detrimental to the interests of the patient," Dr Mani had said in his complaint to the council.

Dr Sanjay Nagral, surgical gastroenterologist in Jaslok Hospital in Mumbai and a member of the editorial board of Indian Journal of Medical Ethics, believes that the widespread practice of cuts is linked to the way the private sector, which has grown to dominate healthcare in India, is vying for the market. In the case of nationalized healthcare, as in the UK, doctors are paid a full time salary so that there is no incentive for them to recommend unnecessary procedures or investigations, Dr Nagral said to TOI.

"Intense competition, intense investment and intense saturation are bound to lead to this situation. It is beyond being just an ethical or moral issue. It is free-for-all medicine with unbridled growth and heavy investment. If you have five CT scan centres within a radius of one kilometer they compete for the same market. In many countries such activity is strictly regulated. Reversing such intense privatization is a political decision but we can have strict deterrence to stop such practices. It has to come from within the profession," said Dr Nagral. more
Helpful Medical Tests and Diagnostics Jun 28
Viewed by 107 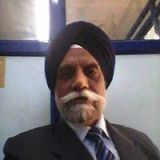 Mohinder Singh
It happens only in India. Shame. That is the reason that MBBS doctors from India do not have any recognition abroad. In case they want to do practice abroad, they have to undergo additional education to make them eligible for practice. Keeping this in view, the DU had proposed for four year degree programme which is recognized abroad. But BJP leader hardly matriculate and heading HRD Ministry has just for prestige sake reversed the decision and again replaced with three year degree prograamme which is going on in DU for the last 5 decades. It is strange how such an inexperienced newly elected Smiriti has been given such an important portfolio by PM. Even the land acquisition act passed by UPA govt is being reversed to make it easy for land acquisition by Govt . This is again on the pattern of Gujarat Govt where land of farmers was acquired at throw away price for giving benefit to industrialists. On Sat, Jun 28, 2014 at 9:21 AM, Raja Chandra wrote: > more
Jul 01

Raja Chandra (With age and Experience, hope to contribute and also gain knowledge.)
Mr. Malhotra. Today it is in the TOI. Front page News. All Ministers including Harsh Vardhan and Mr Modi know about it. To overhaul the Malice will need Determination and change of Character. Easy individual at all level will have to feel the urge to bring about a change to make a better INDIA. I and you genuinely feel it. But then how many people are like us. If all become like us, India & World will be a better place to live. How many Laws can you Enact. Even the Senior Doctors have admitted that this Racket is going on. more
Jun 28