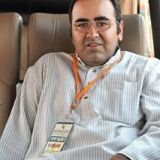 This is indeed a great day for this “Citizen to Governance” initiative started on “local circles” by BJP COMMUNICATION CELL .
This particular circle “Transform India With Narendra Modi” which now is above 92000+ strong circle has infact, made a big start. At this point I would also like to thank my Team member and my colleague Dr. Rajendra P. Gupta who has made the effort to take the discussions in this circle to a constructive progressive dimension with all of you.
Ms. Shikha Jain, a member of our circle had initiated the subject of “Transforming Indian Railways” some time back, asking us to come up with inputs on how productivity can be improved and corruption reduced in Indian Railways.

Based on your inputs to her post, these Solutions were summarized and sent to the Hon. Railways Minister.
Below given are the excerpts from the speech of the Railway minister today and I am glad to state that most of our suggestions have been incorporated or addressed to.

Solutions Identified
1 Transform railways into a PPP model
2 FDI in railways should be allowed
3 Information technologies can be used for live updating of reservation charts
4 Vigilance has to be improved on all TTE's
5 A check need to be put on all the free passes that are issued
6 Increase in the average speed of trains so that the running time decreases and more trains can be run
7 Reduction in concessions given to some special categories
8 Special measures should be taken to maintain cleanliness in the pantry var
9 Every bogie should have a cap on the number of passengers allowed in
10 Touts should be caught and dealt severely with
11 Build better railway stations and build retail spaces around them
12. Performance of the IRCTC website should be significantly improved
13 Indian railways could be used for advertising
14 The logistics arm of the railways needs to be professionally managed
15 Public address system and Wi-fi needs to be installed
16 Electronic Tendering, Procurement and elimination of human interface in all supplier/customer transactions must be implemented.
FACTS not to be missed:

In the year 2013-14, Gross Traffic Receipts were ` 1,39,558 crore and total Working Expenses were ` 1,30,321 crore, which works out to an Operating Ratio of almost 94%. This implies that we spend 94 paise out of every rupee earned, leaving 6 paise only as surplus. This surplus, apart from being meager, is continuously on decline due to non-revision
of fare. The surplus, after paying obligatory dividend and lease charges, was ` 11,754 crore in 2007-08 and is estimated to be ` 602 crore in the current financial year.

Funds to the tune of about ` 5 lakh crore i.e. around ` 50,000 crore per year for next 10 years, are required for ongoing projects alone. This leaves a huge gap between what is available as surplus and what is needed.

“It is unheard of a business that has a monopoly, that has nearly 125 crore customer base, that has 100% sale on advance payment; but still starved of funds.”

“Public Private Partnership:
There has been a lot of talk about public private partnership for raising resources. Railways being a capital intensive sector have not been successful so far in raising substantial resource through PPP route. Madam Speaker, it is my endeavor to pursue this in right earnestness. It is our target that bulk of our future projects will be financed through PPP mode, including the high-speed rail which requires huge investments.”

PASSENGER AMENITIES & STATION MANAGEMENT
Amenities at Stations:
1. In the passenger amenities, Indian Railways envisage to provide foot-over bridges, escalators and lifts at all major stations including through PPP route.
2. Indian Railways would make earnest attempt this year to provide sufficient water supply, platform shelters and toilets at the Railway Stations.
Passenger Amenities through private entity:
3. Indian Railways propose to extend service of Battery-operated Carts to facilitate differently-abled and senior citizens to reach any platform omfortably at all major stations.
4. In order to improve the quality, hygiene of on-board catering services and to provide variety, I propose to introduce Pre-cooked (Ready-to-eat) Meals of reputed brands in a phased manner.
5. Further, I sincerely desire to bring perceptible improvement in the catering services by introducing Quality Assurance Mechanism through Third Party Audit by NABCB certified agencies.
6. have substantially increased budget allocation for cleanliness in the current year, which is a 40% increase over the previous year. I propose to outsource cleaning activities at 50 major stations to professional agencies and to set up a separate Housekeeping Wing to have focused attention and exclusive
responsibility of maintaining cleanliness and sanitation at stations.
7. We will introduce on an experimental basis RO drinking water units
at Stations and in trains.
8. Indian Railways propose to use modern Vehicle Borne Ultrasonic Flaw Detection System to detect rail and weld fractures. In addition Ultrasonic Broken Rail Detection System (UBRD) will also be tried at two locations as a Pilot Project.
9. In order to improve the safety of travelling passengers, I propose to bring in technology for automatic closing of doors before start of train, both in main line and in sub-urban coaches. A pilot project for limited number of trains will be taken up.
10. while bullet trains would require completely new infrastructure, higher speed for existing trains will be achieved by upgrading the present network. Hence, an effort will be made to increase the speed of trains to 160-200 kmph in select sectors so as to significantly reduce travel time between major cities.
The identified sectors are:
i) Delhi-Agra
ii) Delhi-Chandigarh
iii) Delhi-Kanpur
iv) Nagpur-Bilaspur
v) Mysore-Bengaluru-Chennai
vi) Mumbai-Goa
vii) Mumbai-Ahmedabad
viii) Chennai-Hyderabad and
ix) Nagpur-Secunderabad.

12. we will take up development of identified stations to international standards with modern facilities and passenger amenities on the lines of newly developed airports through PPP mode. Initially, Indian Railways would develop at least 10 major stations of metro cities and important junctions with
state-of-the-art facilities, leveraging land and air space in and around the stations.
While there has been incremental growth in our parcel earning, I see a huge untapped potential in this segment which needs to be trapped by the Indian Railways. At present, most of the parcel business is hindering the movement of passengers on platforms. It is, therefore, necessary that parcel traffic is segregated to separate terminals where requisite facilities for storage/handling of parcels are made available to the customers and parcel consignments move in dedicated parcel trains running on fixed time table. Accordingly, a scheme for private participation in parcel movement will be launched shortly whereby procurement of parcel vans or parcel rakes by private parties shall be facilitated.

13. Strategic Procurement Policies will be adopted to make the procurement process transparent and most efficient. E-procurement will be made compulsory for procurements worth ` 25 lakhs and above.

14. Ever since assuming office, I have received innumerable requests for
continuance of experimental stoppages from Hon’ble Members of Parliament and various public representatives. I understand that large number of stoppages have been provided on experimental basis over a period of time. While I appreciate the wish of everyone wanting a stoppage close to their place of work or residence, there is a cost to the system for each stoppage. Also too many stoppages result in slowing down of trains and increase the travel time particularly for long distance passengers. If this trend continues,
most of our express trains will become passenger trains.

I would like to inform the House that I have allowed continuation of these experimental stoppages for a further period of 3 months, that is up to 30th of September 2014. These stoppages will be reviewed solely on the basis of operational feasibility and commercial justification. Demand for new stoppages hereafter will also be considered on the same criteria. We will try to provide alternate train connectivity to meet genuine demands of the public.

Prabhakarrao Yerragunta
Additional points I suggested earlier but omitted.Please give thought on this .
1- Public announcements in the bogie about coming station and leaving station two minutes before along with electronic illuminated scrolling board in the bogie about the same matter.
2- Every passenger 's ID must be checked by TTe and like airlines luggage with tags and address must be verified for security reason.In US they did not allow Me on board with out my ID and reservation .
3-A half bogie with emergency store in case of accident where for hours help is not expected like jungle ,wilderness etc.The Gaurd can break open and serve bear minimum drinking water ,dry rations like biscuits ,milk powder for children,blankets ,torch lites medicine common ly used.It can alsohave some communication equipments,first aid ,stretchers foldable ,wheel chairs foldable ,splints for fractures .
4- A constant video recording system in drivers chambers with voice recording,to analyse after accidents .
5- Security alarm on each bogie to indicate an emergency to the Gaurd and a local phone to talk to the Gaurd.
6-vacuum toilets like airplanes . more
Sep 09

Gopinathan Nair
Inter-chat, the user friendly community If you think this email is a spam, please click here
[https://www.inter-chat.com/emails/InvitationBlacklist?emailType=invitationFromFriend&emailEncoded=d3d3LnNlbmRfbmV3cG9zdCsrbGthZXZ2YWViYmZkKyt0cmZkaXliYmd4aXlAbG9jYWxjaXJjbGVzbWFpbC5jb20%3D&emailKey=013c5add9949d987cf63c756d898fd0b&emailId=a7faf316-ff1e-41ce-8685-bcf6f41cefc3]

See your friend
[https://www.inter-chat.com/subscribe/Invitation?userFrom=colgokulan&emailType=invitationFromFriend&emailEncoded=d3d3LnNlbmRfbmV3cG9zdCsrbGthZXZ2YWViYmZkKyt0cmZkaXliYmd4aXlAbG9jYWxjaXJjbGVzbWFpbC5jb20%3D&emailKey=013c5add9949d987cf63c756d898fd0b&emailId=a7faf316-ff1e-41ce-8685-bcf6f41cefc3]
Here are some of the last subscribed users:

To no longer receive this kind of email, click here
[https://www.inter-chat.com/emails/InvitationBlacklist?emailType=invitationFromFriend&emailEncoded=d3d3LnNlbmRfbmV3cG9zdCsrbGthZXZ2YWViYmZkKyt0cmZkaXliYmd4aXlAbG9jYWxjaXJjbGVzbWFpbC5jb20%3D&emailKey=013c5add9949d987cf63c756d898fd0b&emailId=a7faf316-ff1e-41ce-8685-bcf6f41cefc3]

You receive this email because your friend colgokulan (colgokulan on Inter-chat)
has asked us to invite you.
If you don't want to join him, you can just ignore this email :-)

If you don't want to receive an email if another of your friend wants to invite
you, click here.
[https://www.inter-chat.com/emails/InvitationBlacklist?emailType=invitationFromFriend&emailEncoded=d3d3LnNlbmRfbmV3cG9zdCsrbGthZXZ2YWViYmZkKyt0cmZkaXliYmd4aXlAbG9jYWxjaXJjbGVzbWFpbC5jb20%3D&emailKey=013c5add9949d987cf63c756d898fd0b&emailId=a7faf316-ff1e-41ce-8685-bcf6f41cefc3]

Gopinathan Nair
Inter-chat, the user friendly community If you think this email is a spam, please click here
[https://www.inter-chat.com/emails/InvitationBlacklist?emailType=invitationFromFriend&emailEncoded=d3d3LnNlbmRfbmV3cG9zdCsrbGthZXZ2YWViYmZkKyt0cmZkaXliYmd4aXlAbG9jYWxjaXJjbGVzbWFpbC5jb20%3D&emailKey=013c5add9949d987cf63c756d898fd0b&emailId=cea0ff30-94f9-499b-9f84-2c31f5d260f6]

See your friend
[https://www.inter-chat.com/subscribe/Invitation?userFrom=colgokulan&emailType=invitationFromFriend&emailEncoded=d3d3LnNlbmRfbmV3cG9zdCsrbGthZXZ2YWViYmZkKyt0cmZkaXliYmd4aXlAbG9jYWxjaXJjbGVzbWFpbC5jb20%3D&emailKey=013c5add9949d987cf63c756d898fd0b&emailId=cea0ff30-94f9-499b-9f84-2c31f5d260f6]
Here are some of the last subscribed users:

To no longer receive this kind of email, click here
[https://www.inter-chat.com/emails/InvitationBlacklist?emailType=invitationFromFriend&emailEncoded=d3d3LnNlbmRfbmV3cG9zdCsrbGthZXZ2YWViYmZkKyt0cmZkaXliYmd4aXlAbG9jYWxjaXJjbGVzbWFpbC5jb20%3D&emailKey=013c5add9949d987cf63c756d898fd0b&emailId=cea0ff30-94f9-499b-9f84-2c31f5d260f6]

You receive this email because your friend colgokulan (colgokulan on Inter-chat)
has asked us to invite you.
If you don't want to join him, you can just ignore this email :-)

If you don't want to receive an email if another of your friend wants to invite
you, click here.
[https://www.inter-chat.com/emails/InvitationBlacklist?emailType=invitationFromFriend&emailEncoded=d3d3LnNlbmRfbmV3cG9zdCsrbGthZXZ2YWViYmZkKyt0cmZkaXliYmd4aXlAbG9jYWxjaXJjbGVzbWFpbC5jb20%3D&emailKey=013c5add9949d987cf63c756d898fd0b&emailId=cea0ff30-94f9-499b-9f84-2c31f5d260f6]

Karan Paul (Social Activist )
Greetings!
You can also send Unlimited Free SMS to Any Mobile Across the World. The best part is that you can create a group and then send unlimited free SMS to your group at one go.
We have now activated Free International SMS to 45 Countries.
Click Here to Send Unlimited Free SMS
- Team SMSfi
Click Here to Unsubscribe more
Sep 14
View 135 more comment(s)
Post a Comment