Below are your inputs on issues at Old Delhi and Nizamuddin Stations. Kindly review them and advise key solutions to these issues. Many of the recommendations of New Delhi station whitepaper are already being implemented.

Thanks and we look forward to these inputs!

Old Delhi
1. The entrance from Kashmiri gate side is not passenger friendly and is too long
2. There is too much congestion on the entry gates
3. Arrival and departure of trains are not announced properly
4. Senior people have to go through the stairs carrying their own luggage due to lack of escalators
5. Many cases of theft and pick pockets are reported daily at the station
6. Not enough sitting arrangements on the platforms
7. The waiting rooms are in a pretty bad shape
8. The enquiry counter is overcrowded
9. Porters demand an exorbitant amount of money
10. Not enough fans on the platforms

Nizamuddin
1. Approach road to the station is in a very poor shape and has no street lights
2. Parking of buses and cars is so haphazard which often delays the passenger
3. Side entrance which is used by the departing passengers has no indication boards
4. In absence of escalator or lift the old and women have to climb more than 50 steps to reach the top of foot-bridge
5. The Sarai Kale Khan side has only one baggage scanner which is inadequate
6. Baggage scanners are more a formality than security check
7. There are not enough sitting arrangements on the platforms
8. The platforms of Nizamuddin station are generally dirty
9. Porters at Nizamuddin fleece both inbound and out bound passengers as quoted rates are 2-3 times of authorized rates
10. Taxi vendors come all the way to the platform to solicit passengers. more
Helpful Make Railways Better Sep 23
Viewed by 11715
View all 139 comments Below 139 comments 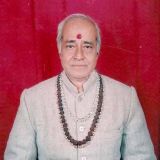 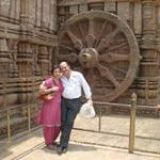 R K Kashyap
It is really a serious problem for senior citizens to commute from one platform to another through stairs especially when at last stage announcement is made regarding change of platform . It is a serious problem when cooly flea se them and in spite of old age problems have to walk fast to catch train. Second problem is faced when they have to catch metro.
As in central railway stations either rams or escalators should be provided on all platforms . The metro station and airport express stations should be joined with underground passage with luggage carrying belts from all plat forms at New Delhi railway station more
Sep 26

Ramasubramanian Kalyanasundaram
On one hand , government is trying to build smart cities.
The government is soliciting FDI in railways.
The railway stations in the nation's capital remain at the same level as in 1947, reflecting the confusion of partition periods. Without getting much worried about votes, government should acquire more land and make railway stations become as good as airports. When so much care is planned for airports, why not for railway stations?!?!
The locations need a hard re- look.
The design needs a relook.
PM saw multi- level main railway station in Berlin.
As compared any European country, number of passengers are many times more in India.
So a. Special solution is required.
Can railways re- build many multi- level railway stations like that for Delhi??
A detailed study has to be made on passenger profile, train profile, luggage profile, and decisions have to be taken regarding the number of railway stations required for Delhi.
There is a need to build satellite railway stations.
For example, in Chennai a number of passengers get down at Tambaram station, to reach the destinations in the city, rather than travel all the way to Egmore station.
With metro linkage to Faridabad, can Faridabad be developed
as a good satellite station, multi- level and modern??
There should be a number of railway stations , not just two, with good and easy linkage to metro and bus transport.
Also, the stations currently are not well maintained. There is no good guidance, good general enquiry counter to give clarifications, no escalators etc.
As an immediate step, escalators and moving belt facility can be provided. more
Sep 25 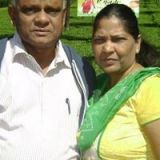