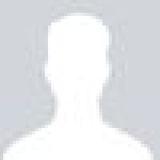 IT APPEARS THAT BJP HAS FALLEN IN TO THE TRAP OF PDP,TERRORISTS AND PAKISTAN IN J&K.IF BJP CANNOT DICTATE TERMS ON PDP,BETTER END THE COALITION GOVERNMENT AND DISSOLVE THE ASSEMBLY.IF BJP COMPROMISES NATIONAL INTEREST AND NATIONAL HONOUR, IT WILL BE SUICIDAL FOR BJP.THIS COULD BE THE NEW GAME PLAYED BY CORNERED PAKISTAN TO DRAG INDIA FOR TALKS WITHOUT FULFILLING CONDITIONS LAID DOWN BY INDIA EARLIER. more
Helpful Transforming India Mar 02
Viewed by 16

Ramesh Sharma (No special title. I am simply a citizen.)
Mr. Mufti Mohd. Sayeed, CM, J&K is most likely acting as Representative of Pakistan. He should be slammed down for such an insulting statement. In fact Mr. Mufti has not only insulted the Constitution of India but also its brave soldiers who sacrificed their lives for maintaining peace, prosperity & integrity of J&K State. Its quite amazing that he(CM) can't see the role of Security Forces played in conducting the peaceful election. Instead of rewarding/appreciating the Security Forces Mr. Mufti chosen to lavish appreciation on Hurriyat and Pakistan for allowing the India to hold peaceful election in J&K. I believe the CM has forgotten the number of infiltration attempts made by the Pakistani forces/ Terrorist groups to sneak into India and disturb the election process. I want to know from the CM, who defeated the frustrated attempts of infiltration of Pakistani forces/Terrorist groups? Can someone remind him?

How can a Chief Minister be continued after such an irresponsible statement? (For me its clearly an attempt by the CM to attack on Integrity of India.) Its clearly biased statement in favour of pro-Pakistan or divisive/separatist forces. How can he forgot the services provided by the Forces, during recent Flood havoc in the State, which saved lacs of life's?

As far as accession of J&K with India is concerned, it is Final and no one will be allowed to interfere in it.

I am unable to understand as to why Indian Government should talk to Pakistan or any third party reg. J&K? Isn't it Indian State? If it is then why?

If there is any dispute i.e. only about the POK and if any dialogue is required to be held that should be as to when the POK will be handed over to India.

Can't there is any provision in the Constitution where the Supreme Court of India on its own can ask the CM to explain as to why such a misgiving statement was issued by a Constitutional Head? Its clearly a case of treachery/breach of trust by the CM.

Csn Sarma (socialworker)
Please let us understand any issue of J & K only Diplomatically. Also let us kindly wait for the Altogether { Party }decission of J & K. to lead such with the National leaders. more
Mar 03

Else it will be sucidial for modi more
Mar 02

Gurudeo Sinha (energy and regulatory expert)
The ghost of CM Mufti Mohammad Syed will haunt the BJP and PM Narendra Damodar Das Modi for all time to come because of the statement of CM Mufti crediting Pakistan and Separatists for peaceful election in J&K.

It will destroy the very credibility of PM Modi, his 56 " chest, concern for armed forces and BJP as a nationalist party. BJP must insist that CM Mufti apologises for statement and takes it back or else BJP should withdraw from the Govt.

This statement of CM Mufti will cause incalculable damage to both PM Modi and the BJP. It will certainly result in political loss in the coming elections in Bihar. more
Mar 02

RAKESH PANDEY (A Management Generalist )
BJP leadership has to influence the governance in J&K in such a way that they are able to wean away a major chunk of population in favour of the Indian nation and this they need to do in valley which is still not with indian mainstream. How ? well thats the puzzle to be solved by Modi government.. more
Mar 02
Post a Comment