NASA has some good news, the world is a greener place today than it was 20 years ago. What prompted the change? Well, it appears China and India can take the majority of the credit.

In contrast to the perception of China and India’s willingness to overexploit land, water and resources for economic gain, the countries are responsible for the largest greening of the planet in the past two decades. The two most populous countries have implemented ambitious tree planting programs and scaled up their implementation and technology around agriculture.

The recent finding by NASA and published in the journal Nature Sustainability, compared satellite data from the mid-1990s to today using high-resolution imagery. Initially, the researchers were unsure what caused the significant uptick in greening around the planet. It was unclear whether a warming planet, increased carbon dioxide (CO2) or a wetter climate could have caused more plants to grow.

After further investigation of the satellite imagery, the researchers found that greening was disproportionately located in China and India. If the greening was primarily a response from climate change and a warming planet, the increased vegetation shouldn’t be limited to country borders. In addition, higher latitude regions should become greener faster than lower latitudes as permafrost melts and areas like northern Russia become more habitable.

The United States sits at number 7 in the total change in vegetation percent by decade. Of course, the chart below can hide where each country started. For example, a country that largely kept their forests and vegetation intact would have little room to increase percent vegetation whereas a country that heavily relied on deforestation would have more room to grow. more

Siva V
I am a bit surprised to see, that most of the lower southern part of india is hardly 'green'. If one looks at google maps, the kerala part is densely green and not as shown on the Nasa map. Similarly, the area around the Ganges is generally very green but the NASA map does not show that either. Does Nasa have a 'before' image ? more
Mar 11 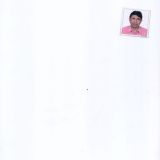 Manilal Amipara (59, shukan residency, Principal, Engineering College)
Good work is carried out but lot of things yet to be done and needs to work continues today for long period. There is no alternative of hard work more
Mar 05

Chandra Sekhar Vempaty (10-2-289/61/102,Jyothi Sowbhag..., Senior Citizen)
Good work is being done by many people.The analysis is based on satellite data and it does not lie.Yes,there is much room for improvement but let us appreciate the good work. more
Mar 04
View 25 more comment(s)
Post a Comment