There is a good write up in Financial Express today (below) on why MSP can no longer continue. It will be a mistake for the Govt to yield to farmers demands. It will make India bankrupt in the medium to long term. Can polls be done in our circle to get public pulse on the issue. CNN news did an internal survey last week which was one sided (their own COI) and garbaged by activists and other media. LocalCircles has the credibility. It should do the poll and bring out reality. Give due representation to farmers also.

One of the suggestions made to get Punjab’s agitating farmers to the negotiating table is that the government give a written assurance – presumably, this will be part of some law – to farmers that their crops will be procured at the MSP. It is not clear if this will get the farmers to call off their four-week-old gherao of the capital, but on the face of it, the proposal seems a reasonable one. After all, if the government is, year after year, announcing an MSP for 23 crops, it might as well promise to ensure farmers get this amount; why else is an MSP announced? This is an argument several Congress leaders have been making for a long time, as have various farm leaders, and one variant of this is that all below-MSP trade be made illegal.

The problem lies in the fact that MSP is a historical hypocrisy since, apart from a few crops in a few states, no farmer gets MSP even today; if you include cotton and sugarcane as well, less than 10% of all farmers get their crops procured by government agencies, the rest take their chances in various mandis. Every politician knows this, but everyone keeps up the charade; presumably, the Modi government also went along for fear of upsetting the applecart except that, with the demand that a legal assurance be given for MSP procurement, it is in danger of tripping up badly. That should be a lesson for all politicians.

In case the MSP is guaranteed, and that will have to be for all crops and across the country – and once this is given, those growing other crops like fruits and vegetables will also demand MSP – the impact will be huge. The impact will differ from crop to crop, and even mandi to mandi, but given the difference between mandi prices and MSPs range between 20 and 50%, the cost to the government can run into several lakh crore rupees every year. Since the government will probably pay this in the form of gap-payments to private traders who will buy the crops, the cost can go up even more. Once traders know they will get more money if the mandi price goes down, they will create fictitious trades to do this. In other words, this will bring back the waste/theft that dogged government spending in the years before Aadhaar-based checks were introduced. This money, whether or not the states share the costs with the Centre, can only come from saving elsewhere; it is likely that, with subsidies rising dramatically, government investment in the agriculture sector on creating fresh irrigation facilities, for instance, will take a beating.

To the extent consumers are willing to pay more, this will lead to increased costs for consumers; to the extent consumers don’t buy the crops, this will hurt trade. But the impact could be a lot more. Once MSPs rise above global prices, as has happened for wheat, this means export demand will dry up completely; when procurement prices of items like cotton are raised too much, this will also hit exports of processed goods like readymade garments or textiles. Excess stocks of wheat and rice that FCI is forced to carry even today due to open-ended procurement in a few states are worth around Rs 150,000 crore today; this will rise dramatically when other crops – and other states – are to be added to the list where compulsory procurement has to be undertaken. Presumably, that is why the government is trying to avoid giving farmers an assurance on compulsory MSP-linked procurement or gap-payments. The lesson here is clear: when reforms are put off for too long, and this applies to the APMC reforms of the Modi government as well, they come back to bite you. more
Helpful Transforming India Dec 26
Viewed by 2219
View all 45 comments Below 45 comments

Ashish Rai
So regarding the MSP, the farmers were correct in their apprehensions. MSP continuance assurances by the were therefore a big lie? Cannot say one thing to farmers and another through the newspaper. We all know that even the prices farmers get are just bare minimum. No alternate to food, alas, therefore, more than reform seeking an ideal switch from grain, we must seek an optimum i.e. parallely go for other means, such as agro-industries based on the wheat paddy duo, while promoting growing pulses and oilseeds. more
Feb 12

H.P. Gurg
Since Farmers are big VOTE BANK LOBBY, all these things are going on for years together. Then Govt can make another rule that only Tax Payers should be entitled to Vote. Then see the effects. All these RICH Farmers will become Tax Payers. more
Feb 12

H.P. Gurg
Seeing the Farmer's agitation going on for 55+days and the lavish life style, they are not poor any more. Now it is high time that Agriculturists must also come under IT net. more
Jan 25 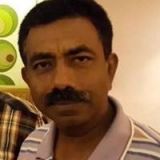 PARTHASARATHI DALAI
Our Govt. is already bankrupt after raising the salary of the Govt. Servants. It is difficult to pay their pensions. Our Farmers are the Backbone of our economy. They are the real producers. They produce 1000 seeds out of One seed. All other so called producers are only convertor of MASS. One form to other. Only the Farmers Produce. In olden days the farmers were rich and Govt. servants were poor. That was the right economy. There were no jobless person or were very negligible. The Govt should do everything to help the Farmers so that they become RICH. The MSP is quite justified. There should be also MOQ - Minimum Offtake Qty ( A guaranteed percentage of total produce, Govt should buy) more
Jan 12