Monsoon Preparedness - Your inputs, Our action

Last year, after the track flooding in Harda, we had received your inputs on what can be done to proactively prepare Railways during monsoon season. Below are the key actions through which Indian Railways has prepared itself for this monsoon season.

2) Identification of Vulnerable locations on the basis of past history and pre monsoon inspections. Stationary watchman are deputed at vulnerable bridges/locations. Patrolman deputed in vulnerable sections.

3) Detailed Guidelines have been issued by the Zonal Railways for Monsoon Patrolling and protection of vulnerable bridges/locations.

4) Adequate monsoon reserves such as Boulders, sand/quarry dust, relieving girders, wire net trungers etc have been stacked at identified locations and also loaded in wagons for early restoration of the site in case of breaches/washouts etc.

5) In the event of abnormal rainfall or storm during day or night, the Railway officials (Mate) organise patrolling over the length affected.

7) Liaison has been maintained with local authorities for monitoring of excess release of water from reservoirs/Dams so that adequate protection of Railway structure could be taken without loss of time.

8) Regular cleaning of catch water drains and side drains to ensure free flow and quick drainage of storm water.

9) In hilly areas, where there is incidence of falling boulders, a survey is carried out to locate loose boulders. Such loose boulders are being dropped in a systematic manner. 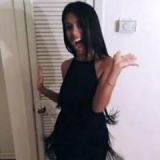 Shivani Khiste
This should be revisited more
Jul 02

DILIP BISWAS (Professor and Research Scientist in Mechanical Engineering)
I agree with the proposal and it should be made mandetory.
On 17 Jul 2016 10:12, "Ministry Of Railways" <support@localcirclesmail.com>
wrote:

JAMES KARUNAHARAN
I request our railway officials to travel in a sleeper coach in the night and try to lock the glass shutters tightly. It will never close. It is hard to sit near the windows during monsoon. Please correct it first. more
Jul 22

Rajesh Pillai
Luggages in Sleeper & general class get wet due to leakages from window. Frame of window on bottom side should be tapered outside boogie so that water should not seep inside. more
Jul 22
View 53 more comment(s)
Post a Comment