The major source of income for railways is not the passenger trains but the freight trains..Similarly the state transport carries passengers and the income of state transport can be increased if it adds goods carrying vehicles to their fleet..

I travelled from hyderabad to akola recently ..The top of a private passenger bus was laden with goods not from the passengers but had commercials aspects attached to it..It was like a mini truck and the bus owners who has the licence to operate passenger services, do goods transport on the bus top to the maximum extent possible..

There is a lot of scope in the freight operations by the state owned transport service..This can be implemented in BJP ruled states..
---The prices of commodities would come down as there would be a competition to the private players.
---This would make the state transport a profitable venture and the money earned could be utilised for the welfare of people..
--This would also reduce the overloading of lorries and would increase the road life..
--Fatal accidents can be avoided..

It requires a quick positive decision in this regard... more
Helpful Transforming India May 15
Viewed by 17

Sarad Gupta
Freight materials are transported by passenger vehicles as personal items to save on VAT and avoiding taxes. Otherwise numerous regular transporters channews are available throughout. India. more
Jul 25

Nitin Mahul (Aspiring positve change for india)
There seems to be no development as far as the state of transportation in India is concerned...Why only Modiji...Arent there other Ministers who can take up these miscellaneous issues? more
Jul 25

Csn Sarma (socialworker)
This is re regular practices through Private Buses. The Proposed Transportation Facility through Government Sources in the even of Price Control of Food Grains , Vegetables etc., Consumer products I think , will do better in the fist phase. Let us hope the good control. more
May 15 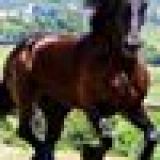