The Common Woman
Another Republic Day is already here. At a time when everyone is talking of the Aam Aadmi and all empathize with The Common Man's predicament despite 65 years of independence, let us not forget what the Aam Aurat wants. Remember, she was and continues to be part of the fight...
1. Respect
Respect from family and colleagues ranks up there for the average woman. That means no labels, no barbed wire comments, no underestimating her.
2. A Helping Hand
Yes, it sounds simple but it's huge from a woman's point of view. She juggles so many tasks that she could really do with a little help. Is anyone listening?
3. Kind, Loving Words
It's only words, but words seem to go a long way with women, much more than men. Words can heal, relax, soothe and make a woman happy.
4. Access To Her Own Money
Women are half the workforce, but don't seem to have much control over their own money. Their earnings go into the family kitty. But women to touch their money just as the men.
5. A Husband Who Listens
Husbands all over the world hate listening to their wives, but Indian wives, just like their counterparts across the world, want their husbands to listen to them as well. This is because women need to talk about the hundreds of issues always on their minds.
6. Shopping Uninterrupted
Any woman, including an Indian woman, wants to shop till she drops, and would prefer that a man is not accompanying her.
7. Frequent Getaways
Women's lives are crammed with such dull and monotonous routines that the more breaks or getaways they are able to take, the happier they become.
8. Not Just A Mother
It's big deal in India when a woman becomes a mother. But ask any woman - she wants to be seen as much more than just a mother.
9. Access To Education
Women want to read and write and to be in touch with what's happening in their world as anyone else. Education opens up people's minds like nothing else.
10. Women Want To Work
After receiving their education, women do not want to sit at home. Along with managing their home and family, they also want to explore their other skills, which are crucial to society. And not just as teachers, so that they return home at a certain time.
11. Non-Cheating Spouses
Just as women are expected to stay loyal to their husbands, women also want their husbands to stay loyal to them. Straying women suffer from guilt, but do the men feel the same?
12. Non-Alcoholic Spouses
Husbands with a fondness for excess drinking, especially in the lower strata, pose a huge threat to the womenfolk. Their hard-earned money goes towards feeding this habit rather than towards better causes.
13. The Best For Her Children
Women want the best for their children, be it the best schools, the best food, the best clothes or the best medicines. For this, they are willing to sacrifice a whole lot of other things.
14. Freedom From Eve Teasing
Being eve-teased wherever one goes, being seen as a sexual object that can be touched or raped without accounting for the human being that a woman is, is a status we are ready to shrug off, big time.
15. Basic Needs At Affordable Prices
Back to basics. An Indian woman would, first and foremost, like household goods to become more affordable.
16. A Law That Grants Her Equal Rights
Indian women want equality under law in everything - be it property ownership rights, equal share in father's wealth, right to have a say in village panchayats, right to a job in every sector.
17. To Be An Indian First, Woman Later
Women are as patritotic as their male counterparts. But when is society going to accept that? So, begin seeing women as fellow countrymen (rather, countrywomen) and see what difference it makes to the women in your lives...Happy Republic Day!! more
Helpful Residents of GURGAON Jan 26
Viewed by 152
View all 9 comments Below 9 comments 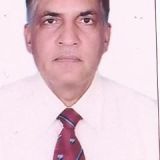 Sahendra Singh
Yes, agreed wholeheartedly, NaMo is now gone deeper in the hearts of the people of this great Nation. We pray Almighty to provide him opportunity to accomplish the needful. Thanks more
Jan 28

Sahendra Singh
Thanks presenting detailed wish list of a common woman but soon we all must be in search of IDEAL MEN & IDEAL WOMEN--ADARSH AADMI& AURAT to run the nation. Hopefully we find few ! more
Jan 27

DR SHASHI DHINGRA
Nothing wrong if a man supports or writes something good about women :)) more
Jan 27

Kamal Gupta
Yes, but we need to know what women think, from their mouths