Lagori Made in China should not be permitted for import

A consignment of made-in-China toys, which are highly popular among children in India, has been seized in the US after they were found to be coated with dangerous chemicals, according to officials.
The US Customs and Border Protection (CBP), ahead of the holiday shopping season, warned consumers to be extra diligent while shopping online for children’s toys after the recent seizure of toys that were coated in unsafe levels of lead, cadmium and barium.

The CBP officers and a Consumer Products Safety Commission (CPSC) compliance investigator initially inspected the toys on July 16, according to an official statement.
The shipment of seven boxes, which arrived from China, included 295 packages of Lagori 7 Stones, a popular children’s game in India where children throw a ball at seven stacked square “stones.”

The CBP detained the shipment on August 24 and submitted nine samples to the C lab for analysis, which revealed that the toys were coated in lead, cadmium and barium that exceeded safe levels for consumer products.
Thereafter, the CBP seized the shipment on October 4, the statement said. more
Helpful Consumer Participation in Standards Oct 22
Viewed by 333
View all 9 comments Below 9 comments

Ashok Ashok
Also these seized items should be burnt and the importer and exporter licenses cancelled.this should be applicable to all items even if it re routed from different countries by china.Also as mentioned earlier tariffs should be made exhorbitantly high so that whoever wants to import will think twice more
Nov 08 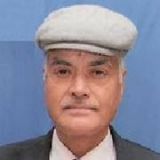 Gopabandhu Mohapatra
To whom to be blamed for the import of items from foreign countries including China. The Foreign Affairs Ministry, along with Foreign Trade department gives permission or licence to the Traders. Once the items are imported, the Indian Currencies are involved and the Retailers are entrusted with the responsibility to sale. Why should the public feel the responsibility to look into the name of the producer country ?? Let there be ban on import, which can not be done, as we are part of The General Agreement on Tariffs and Trade (GATT) agreement. more
Oct 27

Anil Chandhok
WTO does not cover war-like or emergency conditions. Items can be banned, at least duties can be increased or non-tariff barriers can be created.

It is one thing to permit industrial items but consumer items should be produced in India. more
Oct 28