Balajji Soundararajan
Kindly go through the document and let me know whether these ideas or OK or not. more
Helpful Make Railways Better Jul 10
Viewed by 92
View all 12 comments Below 12 comments 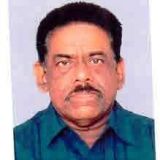 WILLIAM VARGHESE
Good ideas. Apart from this railways could introduce fare cuts during off peak seasons just like in flights by offering promotional fares, because promotional fares offered by spicejet is much lower than the 2nd AC fare. William Varghese more
Jul 12

Shirish Shanbhag (Railways & Co-op. Housing Societies' legal paper works expert.)
Dear Balajji Soundararajan ji, With reference to your letter, I have to state, that first double decker train stated between Mumbai CST (VT, then) and Pune. Existing train named Deccan Express, between these two cities was converted in to double decket train, in the year, 1977. Railway Safety Board, in the year, 1979, asked Central Railway, not to run double decker on ghat tracks. Since Karjat to Lonavala on this section it is a steep ghat section, which needs banking engine ( additional engine attached at the end of the train, to push the train while train climbing the steep grade, is called banking engine, in railway parlance.) while climing the ghat, so that train was shifted to Mumbai Central to Valsad, on western railway, where track is on plain. Other two places, at Agra-Delhi and Bhopal-Chattisgadh where AC double decker trains run, track is on plain. Double decker train on second class, takes 148 seats as against 108 seats in single decker coach of same length. It is not taking 100% extra passengers, but only 27% extra passengers, which is not a viable proposa to railways to have more double decker trains, as luggage space is greatly reduced in such coaches. Moreover, they are good enough only for day type journey. Earlier to the year, 1975, railways when full goods wagon was booked, it was charging according to weight that was loaded on the wagon. If you load, wooden plancks, even if you fill the wagon fully packed, its weight is much less than its carrying capacity, painted on each and every wagon. From 1975, railways made it complusory to pay for carring capacity of the wagon (as painted on each wagon) irrespective weight of goods filled in the wagon. Except for high density goods like, iron plates, none of the ordinarily loaded goods to its full volume of goods wagon ever exceeds the full carrying capacity the goods wagon. However, railways found at docks, several goods of metals come, and they are all mechanically loaded, as quickly as possible, since, keeping ship waiting on the dock, needs to pay extra charges to dock as well as to ship. Also keeping railway wagons idle also needs to pay for their demurrage. To avoild all these unnecessary freight charges, at all docks, loading and unloading, from ship to goods train is done mechanically. Railways in its study, found that due to mechanical loading of goods at docks, there may be overloading of wagons, when heavy goods like iron plates are being loaded, so two years ago, at Nhava Sheva Port, near Mumbai, they have installed sensor weigh bridge for goods wagons on experimental basis. To know more details of this, you may contact, PRO of Central railway, Mumbai or PRO of Nhava Sheva Port Trust. This is height of my knowledge for the seven queries of your earlier letter and supplimentary queries made later on. I cannot give you any thing more than this for your need. Thanking you. Shirish S. Shanbhag, Mumbai-400089. Dated: 12.7.2014. Email ID: s.s1954@rediffmail.com more
Jul 12

Balajji Soundararajan
Dear Shirish Shanbhag ji Thanks for the detailed reply and hats off. I have seen double decker trains when i worked with Bajaj in pune in the 90s. The point i try to make is this. Doubler decker allows us to transport more people in the same time rather than putting more trains for the same destination. I know lots of freight bookings are booked by under weight and through my friends i came to know the huge loss for railways in goods movement. That's why i suggested sensors. Whatever the points you have made can you get me more details on whether those things are implemented throughout the indian railway. I have hardly seen them in the south Indian railways. I have never seen a TV in the Train so far. I have seen the announcement of next stations in Mumbai trains and not in chennai. I'm not talking of passenger trains between countries rather train services which can improve the commerce between two countries. Things are available, technology is available. But how aggressively we put them into use differentiates us from the rest. My suggestions are not magical ones. Rather ordinary ones, which i felt i have never seen in my life so far in Indian railways. Today i was going through the 'Palace on wheels'. when i want to see Tariff, etc i got so much confused. Why i looked that was to tie up with colleges, corporates, private parties to utilise it for Tours, holidays, corporate group tours etc. I suggested Aeroplane type of service in the sense that it could change the Travellers mentality on how to keep the train clean, how to value the resources provided by the Government etc. Basically i can sense there could be a mind shift on valuing government properties and valuing them. Public is not aware of what great things railway does. Even the websites don't talk much about it. In the information world, things should be open, accessible and readily available at any time. There is a sense of fear, lack of information on the railways side. A person travelling in the sleeper class of Indian railways never had seen anything extraordinary to appreciate the government. For e.g in Tamlnadu buses with TV facility was introduced and fare was increased. People welcomed it as till few years ago government buses never had such facilities. Increase in fare could be justified by giving good service and what was not there before. For e.g We don't have idea on why takal fare has to be so high and where it goes? no one asks that since it serves emergency purpose ( this is like Flight ticket booking where the ticket cost goes high as the date of travel nears) Even the Private Tour operators used the Train services only. But why not IRCTC becomes so successful like other private tour operators. Today travelers look for one point contact and facility provider. Probably Indian Railways should play a great role in Tourism promotion. Even Indian railways can Build Budget Hotels near the stations since they have huge land left with. In US my company has rented the lands near the Track for Cable companies to lay fibre optic and high speen cables. I think Indian railways should have open meetins with the commuiers atleast once in six months and ask for feedback. Once again thanks for your valued reply and thanks for taking time to educate me. Those are valuable ones and thanks. balaji.S more
Jul 11

Shirish Shanbhag (Railways & Co-op. Housing Societies' legal paper works expert.)
Dear Balajji Sounderarajan, All nine suggestions made by you, in your letter are already existing in Indian Railways. (1) Buying of a railway ticket or even a plaform ticket, ensures your railway accident and disability life insurance, during your journey or even when you are in railway premises. However, quantum of insurance is very meagre, Rs.4,00,000/- only. (2) Installation of TV in Local trains in Mumbai and some other places have alrady done five years ago. It exists in long distance day time running trains, on some popular routes like between Mumbai-Pune, Mumbai-Valsad. (3) Walkie-Talkie Communication system between Driver and Guard of all passenger and goods trains and also between them and with stations on its route is avaliable for more than ten years. (4) Load sensor weighing machine is made available for goods trains tunning from selected docks, like Nhava Sheva Dock near Mumbai, for more than ten years. (5) Train services between Pakistan and India are available from the year 1970, between Amritsar and Lahore, via Attari border. From 2000 new train service to Pakistan, between Rajastan and Karachi has started. Between West Bengal and Bangladesh, train service is also available, between Kolkatta and Dacca. All these passenger trains are weekly trains. On these routes goods trains are also running, depending on availability of number of wagons to be transported from one side to other side of either countries. (6) As you exepect, aeroplane type of services are available on Rajdhani Expresses, Duranto Expresses and Garib Raths, except the speed, which is between 70 to 95 km/hour. (7) Double Decker trains are already available between Mumbai and Ahmedabad, it is 30 years now. Air conditioned Double decker trains are running between Agra and Delhi. Such trains will also run in future between Mumbai and Goa. (8) Department of Posts, India has tie up with Railways for last 120 years, to carry postal articles and parcels by a special exclusive bogie attached to Mail trains. This carries a post box in it, so that people on its way can put their mail in this box, with additional postage of Re.1 (to any ordinary post). This service is called Railway Mail Service. (9) Extra coach with kitchen facility for private party or tourists was available till early ninetys, Till 1985, half the normal coach with four wheels with kitchen facility, called coupe coach was also available. However, such coaches available then have only kitchen, toilet facility, some normal (long) coaches were having one AC compartment also. They (with kitchen facility) are now not available. But normal non-ac or ac coaches are available now for your need to carry your family at your required destination, anywhere in India. Shirish S. Shanbhag, Mumbai-400089. Dated: 10.7.2014. Email ID: s.s1954@rediffmail.com more
Jul 10
View 12 more comment(s)
Post a Comment