So PM says no one entered Indian territory & no Indian post is under any occupation. What does this mean? Where did the skirmish happen that led to killing of 20 Indian soldiers? Or is PM saying Galwan Valley PP 14 is Chinese territory? more
Helpful Surakshit Bharat Jun 20
Viewed by 1731
View all 48 comments Below 48 comments 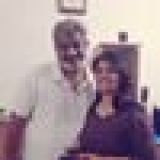 Sudhir Balakrishnan
Madam our PM is doing a good job than the other predecessor. Stop raising issues just for the heck of it. Democratic country we are but that does not mean become an irritant if you nothing to do. Do something constructive. more
Jun 26

Anonymous Circle Member
Practically, technically & factually the area in question is in our possession since long.
However the Total episode raise every question about our alertness & preparedness.

The Subsequent press release/s increase the confusion further, as if Chinese came to enjoy "SITABO GULABO" with Indian Counterpart wherein 20 life was sacrificed along with 85 others injured.

Simple comparison with China well reveled that we are NO MATCH in any and all counts.
At the most what we can do is to defend our-self by loosing some part &/or taking the Help of US & Russia.

All other Countries are struggling with their own problems and are not able to involve in the Problem Directly &/0r Indirectly. more
Jun 22

RV Varada Rajalu
Let us not split the hair Madam. I know we are in a democratic society and just because some one born with Golden spoon can say any thing and no one touch him so we should not tagging along. Once the PM says let us stick to these. Jai Hind. more
Jun 22

Csn Sarma
Main and Relevant ISSUE is the MOU concluded by Congress General Secretary Sri Rahul Gandhi with Communist Party General Secretary of China in 2008 . This MOU appears to have been entered between these 2 Parties WITHOUT ANY CONSENT OF H'ble President, PM , or Indian Parliament .
After 6th June 2020 Meet of India and China Army GOI Confined that Earlier Status of this Border SHALL BE the mandatory Directive for both the Countries and Declared that China also Shall stick to this .
Further Notified that China SHALL NOT FORM ROADS AND OR CONSTRUCT ANY STRUCTURES IN THE AREAS DEFINED EARLIER .
It is clearly Evident that BOTH CHINA AND INDIA AFTER DECADES TOO MAINTAINED OPEN PLACE OF ONE Kilometre from the then Arrived LAC TILL 2008 , the Year of MOU CONCEDED AT PARTY LEVEL .
How can anyone criticise that there is no Line of Actual Control . The issue is of the Border Villages which are practical proofs .
POLITICAL CRITICS WHO NEVER STOPPED INFILTRATORS FROM China, Bangladesh , Pakistan and Afghanistan AND WHO ARE CRITICISING MILITARY ACTIONS AND FORCES ON ISSUES OF PAK AND CHINA INFILTRATIONS instigating PAK , CHINA need to Confine to NATIONAL INTEREST AND NATIONAL INTEGRITY . more
Jun 22

GOPAL RAO
This is a political issue as the border between two nations is not demarcated, we need not poke our nose and create nuisance in the issue. Our aim should be supportive of our National interest and need not go on condemning the political leaders to whichever party they belong to. more
Jun 22
View 48 more comment(s)
Post a Comment