Below are the key issues and root causes for ticketing touts. Kindly review them and help us identify key solutions to them.

We will then submit a whitepaper to the Hon'ble Minister and the Board so the key recommendations can be implemented.

1. Touts bribe the RPF to get on to the platform and offer their services to the passengers
2. Touts collude with the ticketing officials and give them commission on each waitlisted ticket that they get confirmed
3. Touts also make arrangement with the TTEs and offer them money to allot seats to their passengers
4. The ticket issuing officers also try to make extra money by offering empty VIP seats to the touts
5. Touts find loopholes and manipulate the railway ticketing rules in their favour
6. Passengers don’t mind paying the extra money to get a confirmed ticket
7. Many people take pride in saying that they know touts who can get a confirmed ticket any time
8. Senior rail officials though fully aware of this unholy alliance pretend to look other way
9. Lack of proper vigilance around the booking counter
10. Railway authorities have not been pro-active in handling the tout menace
11. Touts take advantage of the fact that the availability to tickets is far lesser than the demand.

1. Touts can be found on major stations selling tickets at a premium
2. Touts take money to get waitlisted tickets confirmed
3. Touts make people travel on tickets which are not on their names
4. Touts use illegal software to book tatkal tickets in bulk
5. Touts enter multiple passengers/ticket details together in an excel sheet and run some kind of script on that excel at the tatkal opening hours. The scripts allows them to book many number of tickets at one go with auto payment facility
6. Touts collude with the ticket booking officers to book VIP tickets for passengers at a premium
7. Some touts also bribe the TTE to offer seats to passengers with no ticket
8. Touts get a name change done on pre-booked tickets and sell the tickets at a high price
9. Some touts have blank MP letterheads which they use to avail Emergency Quota and make money. more
Helpful Make Railways Better Nov 06
Viewed by 9010
View all 100 comments Below 100 comments

Pradeep Lunia
Another way is to allot berth Wait listed passenger at tatkal Rate, the the status of Vacant Berths should display on the Platform where the train is Leaving 1 hour before the departure of train. This is the one more way to avoid Touts. more
Dec 12

KRISHNA MISHRA
Minimum cost of one Platform ticket should be Rs.50/-and entry to PF should be restricted both by the Railways staff and Police.PF ticket should be valid for half an hour only.Unauthorized or unlawful/illegal entry to railway PF should be a compoundable offence to be decided by the Senior most Station Master of the Railway Station concerned with powers to impose on the unauthorized entrants minimum penalty of at least Rs.500/- and/or custody of maximum of eight hours in the nearest GRP/RPF Lock-Up.The post of Railways Executive Magistrate should be created investing him with required powers for preventive arrest to maintain peace, tranquility and smooth functioning of important and busy railway stations. more
Nov 17 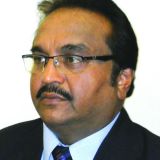 Ratan Rateria
If the Railways are really interested in making the travel in Indian Rails pleasant and memorable in long distance trains, they must follow the following suggestions :

1. Each and every reserved bogie (whether Sleeper Class, Chair Car, AC Chair Car, Ex. AC Chair Car, AC 3 Tier-2 Tier & 1st Class) must have an individual TTE cum Attendant to look after the comfort/amenities/safety of the passengers and drive out unwanted people from the bogie. It was a practice long ago followed by Railways but discontinued by the greedy politicians acting as Railway Ministers to show profit and earn vote bank !!!
2. No person should be allowed to board or travel in any kind of reserved coach without a valid reserved ticket. Persons with daily tickets or monthly tickets or with railway pass or with general ticket must not be allowed to board & travel in any reserved coach of any class.

If only these suggestions can be adopted, I think the Rail Travel in long distance trains would be most pleasant and safe one and passengers would not mind paying 10-20 or 50 rupees extra for providing these facilities.

I hope, all the readers who are active in this circle will admit it. Please admit and support it openly more
Nov 17

Ranjit Biswas
There is no meaning of asking for our inputs/comments/suggestions on the issue any more as the railways have already found out the solution by doubling the ticket cancellation charges to counter these menaces. Hence, please close this chapter. more
Nov 16 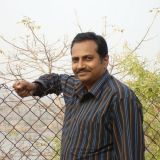 Ashish Vyas
I think like Airports only passengers should be allowed on the railway stations. All platforms should be covered in such a way that no body should entered on platform other than passengers. This will stop entering touts in Railway station.
Other solution is printing of passenger's photo on ticket. more
Nov 16
View 100 more comment(s)
Post a Comment