Thanks to your extensive inputs via many of the Make Railways Better circle whitepapers to limit access of vendors and touts on Railway premises, we are pleased to share that Indian Railways has arrested over 10,000 unauthorised people, including hawkers and vendors, during a fortnight-long drive undertaken as part of its efforts to keep rail premises clear of anti-social elements while ensuring better services to passengers.

Besides, 4,000 persons were caught travelling in women’s compartments and 5,000 were taken to task for causing nuisance at stations and in trains.
The public transporter had launched a massive passenger and customer facilitation campaign last month in an effort to reach out to passengers and address their problems.

Over 4,600 intensive ticket checking drives during the period to curb the menace of ticketless travelling and prohibit the entry of anti-social elements. These drives resulted in detection of 1.6 lakh cases and recovery of Rs 9 crore through penalty.

The campaign was directed towards improving passenger amenities and services, customer care, participation of passenger and railway staff in various activities and creating awareness among the public about Railways’ initiatives and achievements.

As many as 10,000 unauthorised vendors, hawkers and others were caught at rail premises during the drive. 286 touts were arrested during the checking conducted by teams of vigilance officers to deal with the menace of touting.

7,000 stations all over the country were inspected during the drive in the period between May 25 and June 9. more
Helpful Make Railways Better Jul 15
Viewed by 10871
View all 515 comments Below 515 comments 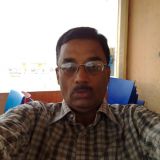 Abdulmunaf Shaikh
What action has been taken against railway employees who travel just on their id cards and without a valid travelling pass. more
Jul 23 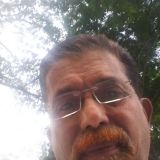 Prakash Raykar
This type of checks should be done periodically to eradicate the menace. more
Jul 22 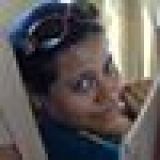 Suchita Dutta
when trains arrive at midnight often passengers find the doors of trains of coaches in which their tickets are reserved, are locked from inside, once the same I had faced at jasidih station where train arrived around 8 pm, anyway we got entry by other coach, but when we reached to our tickets we found that seats were reserved by others,until they reached their destination we can't acquire our reserved seat. we had to stay stand with our luggages only, neither TT nor RPF or any other railway staffs was there for us. more
Jul 20

Rohit Kumar Barnwal
As I have suggested earlier, provide fencing facilities to some of the stations as metro station where access except passenger is not allowed n try to get the benefit. Give it private players and bear the expenses from hoarding n add near to that station. more
Jul 19
View 515 more comment(s)
Post a Comment