Please read this on the ground first post report on Murthal. While this is going on Haryana Govt has reported to High court that nothing happened in Murthal. Unbelievable and surprised why CM Haryana still not ordering CBI or independent investigation.

Murthal (Sonepat): Amid continuous police denial, two victims came forward and described the ordeal they suffered on the Murthal highway on the evening of 22 February when Jat protesters — who were agitating to press the government to accept their demand for reservation in government jobs — allegedly assaulted them sexually along with several others. They also disclosed the conspiracy of silence hatched by the cops, who allegedly discouraged them from reporting the matter 'for the sake of their honour'.
Keeping in view the safety and privacy of the victims (as per their request), their locations have been withheld.

“Along with my husband, I was on way back to home from Delhi when our bus was stopped by the rioters a kilometre away from Sukhdev Dhaba (a famous eatery). My husband and I, along with several others were dragged out and taken to a lonely roadside field, where I was gangraped till the time I lost consciousness. The other women in the bus met the same fate. When I regained consciousness, I saw some men searching for something. Despite severe pain, I kept mum and tried to hid myself thinking that they were also rioters. But some of them spotted me. They came closer to me and offered help. They reunited me with my husband, who was robbed and badly beaten by the goons. My clothes were torn. In the meantime, some policemen reached there and they arranged a vehicle for us,” the 27-year-old victim told Firstpost.

Asked why she did not file an FIR, she said the priority for her and her husband was to save themselves first and leave the place. “Even worse, we were advised by the officials there not to report the matter for the sake of honour, because what has happened could not be undone,” she added.
File image of the Jat agitation earlier this month.

When Firstpost asked if they were planning to depose before the Special Investigation Team (SIT) probing the incident, the husband, who was extremely petrified and initially unwilling to talk to us, said, “It will be of no use. We are sure that the police will shield the criminals. Instead of acting swiftly after the incident of gangrape was reported and launching a crackdown on the suspects, the cops are in denial mode waiting for us to come forward first. We do not want to be identified and harassed by the police and locals.”
The person who took us to the family said there are CCTV cameras installed at the busy NH-1. “Had the police wanted the culprits brought to book, they would have caught them with the help of the footage,” he added, asking us to leave the place because people in the area will start suspecting them considering the presence of new faces talking to them

Before he took us to the victim, we were asked to remove the press sticker, not to carry cameras and leave the vehicle far away. He also gave us the contact details of someone who knew another victim.
As we reached there, we were first denied any interviews as a “media trial” would bring a “bad name”. After a lot of persuasion, the family agreed to allow us to meet the victim, who was in a state of shock and unable to respond to me normally. When asked if she could describe what happened that night, she started crying. She was lying on a bed with her head in her mother’s lap and we decided not to bother her anymore. Her mother came to the drawing room after a few minutes and narrated the entire incident.

“We were returning after offering prayers at Naina Devi Temple in Nainital, when our car was set ablaze. I kept pleading with the goons to take everything we had, but not to harm us but they did not listen. They snatched a gold chain and the earrings I was wearing. Then the motorcycle-riding assailants kidnapped my daughter at gunpoint. I do not know what happened after that. She was rescued from a water tank near an eatery on the highway along with others. The owner of the dhaba turned off the lights so that the attention of the goons could be avoided and the hapless women could be saved. She remained there for hours till she was escorted out,” the mother said.
She added that the victim was so shaken by the incident that she was not behaving normally. She lives in a state of shock and does not talk to anyone, not even her family-members.
When asked why they did not approach the police that has appealed to people to come forward, and assured that their identity will be kept secret, she asked how they could trust the police that is hell-bent on terming the entire incident — witnessed by several people — as a “rumour”.

After meeting the victims, I spoke to Sonepat superintendent of police Abhishek Garg, who said the district administration is ready to provide foolproof security to the victims. “They (the victims) should approach us and file a complaint, so that we can investigate the matter. Until we get a formal complaint, we will consider the entire story false and fabricated,” he told Firstpost.
The victims can file their complaints by dialling 9729995000 (DIG Dr Rajshree Singh) or 8053882302 (Deputy Superintendent of Police Bharti Dabas) or 9729990760 (Deputy Superintendent of Police Surendra Kaur). All three officers are women.

But the victims and witness are so shaken up by the incident that they do not want to talk about it. “Even if we open our mouths, the police will not trust us and we will be targeted by them as well as the goons. Therefore, it is better to keep mum. What else does the administration want to know from us? Everything happened in police presence. In fact, they rescued a few women. Murthal Police SHO Ajay Kumar is also an eyewitness of the incidents. Had the police been honest and wanted a fair investigation, it would have rounded up the miscreants by now,” said most of the people to whom Firstpost spoke.

They also alleged those who came forward as eyewitness were so “tortured” by the questioning of the police and the media — that wanted them to give graphic details — that they either turned hostile or went into hiding.
Meanwhile, first FIR has been filed in the Murthal gangrape case where a Delhi-based woman and an eyewitness deposed before the SIT on Sunday alleging sexual assault.
“The woman had approached us and narrated the incident that took place on 22 February night. We have registered a case,” said DIG Singh, who is heading the SIT constituted by the Haryana government.

Sharing the details of the complaint, she said the woman had mentioned that she and her 15-year-old daughter were travelling in a bus from Haridwar to New Delhi on 22 February night. "Her bus broke down near Panipat. They got off and boarded a cab in which some women passengers were also sitting. When they reached near Murthal, the van was stopped by miscreants, who broke the windowpanes of the vehicle and pulled her and her daughter — the main target — out. She added that her brothers-in-law were also among the attackers. She alleged that they dragged her to nearby fields, where one of them raped her. She added that the accused even molested her daughter. We have registered a case and the investigations are on,” DIG Singh added.
Since the assailants also include one of their relatives, it might be a case of family dispute, she said , adding that “we are not ruling out any possibility”.
“The other eyewitnesses we have spoken to have told us that women were dragged out from their vehicles, but none of them confirmed whether they were molested or raped,” she added. 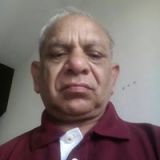 Vijay Garg
It is a matter of shame for the BJP that such incidents happened in Haryana where BJP is in power and also in the center. When they are not acting how the citizens can feel safe. People should file PIL in the High Courts and Supreme court for CBI investigation under court supervision, as the govt is hand in glove with the crime perpetrators. more
Mar 29

MADHU KAUSHIK
Only court can force the inquiry. more
Mar 10

PT Santhanagopalan
independent enquiry is a must. more
Mar 04

SAMIRAN CHANDA
In this type of cases if FIR not lodges by the police the complain should be lodge to the National Human Right Commission & UNO for further necessary action. Culprit should be punished. more
Mar 03
View 63 more comment(s)
Post a Comment