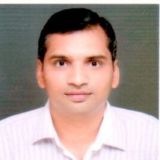 Come to Borivali railway station and just pay attention on announcement related to long distance trains. You will hardly able to recognize what is being announced. Specially if you are waiting your train on starting or ending point of platform (first 3-4 and last 3-4 coaches of train), it will almost unclear to you as to what has been announced.
Moreover, many times, indicators showing coach position will be off and in case if these are on even though your coach will come at least 1-2 indicators either side of the platform. This create last minute havoc and increases the chances of accidents.
Many times we get our confirm ticket in extra coach and it shows on ticket like EX or SE (in case of sleeper class) and BE or BX (in case of AC class). but we see different number showing on indicator and when train comes, we see a different number altogether on coach or many a times there will not be any number displayed.
My request is that this announcement system should be made automated and it should be so clear and loud that can be heard at any corner of related platform. Also, regular monitoring should be done for indicators and also be checked related to actual positioning when train arrives at platform.
Also, every coach of each train should show the clear coach number so that last minute confusion can be avoided.
Still, there are many stations where proper indicators are not installed and due to this it becomes difficult to identify the location of a coach in which passenger wants to get in. more
Helpful Make Railways Better Dec 24
Viewed by 110
View all 6 comments Below 6 comments

Panchal Sandip (Software Consultant )
I also have a similar experience at Borivali Station. They have indicators and also have LCDs for Train schedules. But they are not using at all. All things are not working. more
Jan 29

Naveen Bhather
With regard to my earlier post, just want to share a horrible experience I have faced twice in just 15 days at Borivali station.
15days back, I was at Borivali station to see off some of my relatives at platform number 4 and waiting for train 12480 (Suryanagari Express). We were waiting for our coach S 11 according to the indicator. Announcement was so poor that hardly anybody could hear. When train reached at station, it was totally disastrous. Train stopped and S11 coach was exactly 2 coaches ahead of the indicator, means indicator was showing S 9 and train coach was S 11.
Similar incident happened today and worse thing was that, even indicator was not working today.
Just imagine what was the situation at the station as most of the passengers board the train from Borivali. more
Jan 27

Anil Sharma (Ex Senior Govt. officer)
If you have to board August Kranti Rajdhani Express at Andheri Station in Mumbai you are totally at the God's mercy since :-
1. there are no indicators anywhere on the station to indicate its assigned Platform Number.
2.The actual platform will continue displaying only the local train information.
3.Just a little before the arrival of the train,you may hear train's coaches position on the announcement system.
4. If you are lucky,the coach indicator on the platform may also work.
5.Taking your baggage to the platform/train is an uphill task in the absence of any ramps/escalators.
6.Limited unauthorised porters make a fortune at your cost.
7.Situation at other stations like Borivli in Mumbai is no better. more
Dec 24

Apparao Emani
Let me add my story too. Fresh one. Just made a train journey from Chennai Central to Pune by a weekly train.
1. Firstly when we reached the station, there was some announcement which we couldn't hear properly. Looked on the display boards for our train and there is no sign of it. Schedule departure 3:15pm and at 2:50pm there is no mention of the train on the board. How is one expected to know what happened to the train? We had to go to the enquiry counter and found that its rescheduled to 5:15pm or so. why don't the display board displays both scheduled time and rescheduled time? In stead, its removed from the board as the departure is beyond some time and there are many more trains before that.
2. Then we found the the incoming train is delayed, thats why the outgoing is also delayed. The coming is expected to reach by 4:30pm and every 15 minutes, its increased by another 15 minutes. at one stage the board says "incoming train reaches at 5:40pm and outgoing is departs at 5:30pm" When someone complained they changed and stopped giving the time of outgoing train.
3. There are two different board in chennai station. one is a LCD display and the other is a TV where ads are also shown. And needless to say that many times both of them display different times for the trains. Can someone look into this pl
4. Since we have a reservation by AC compartment, we wanted to go to the AC waiting hall, but found that it is situated at 1st floor with no lift to go up. Are we expected to go all the way up carrying the luggage? There is one on the ground floor too, but it was given to a private party and they charge money. Does it mean railways are keen to make money by renting out the good accessible facilities to private parties and not bother about the convenience of the passengers?
5. IRCTC sends out a msg about PNR confirmations. Why cannot they send such a msg for train delays? I wrote a complaint and given to the Asst. Station master and he says its the fault of IRCTC and they don't send such msgs about train delays. Can it be implemented pl.
6. morning I wanted to check if the train is still running at the same delay or some time saved, but no one knows. I don't know what I should tell people at my destination about my arrival and/or what time I should book a cab.
7. There are many other complaints too: stinking smell, old compartments, many mobile charging points not working at chennai station, people getting into the compartments without reservation etc.etc. I guess we are used to them........... more
Dec 24
View 6 more comment(s)
Post a Comment