HOW TO KEEP OUR INDIAN CLEAN.


Our armed forces could help instil discipline and civic sense in all of us
Jug Suraiya
08 October 2014
On a recent visit to the mist-clad hill station of Lansdowne, I was struck by the glaring difference between the bazaar part of the town and the army cantonment area, which is home to the Garhwal Rifles.

The bazaar, like almost all bazaars in all Indian cities and towns, is a chaotic mess of snarled traffic, garbage, potholes, and general squalor.

The cantonment area, in contrast, is a haven of orderliness and quiet, with its bungalows and barracks as neatly arrayed as soldiers on parade, its well-paved roads lined with freshly whitewashed markers, and not a scrap of litter to be seen anywhere.

There is a sharp distinction between the civilian parts of any Indian city or town and any cantonment, anywhere in the country.

While civilian India is represented by dirt, clamour, and general disorder,
the India of the defence services is the embodiment of spick-and-span cleanliness and calm efficiency.

Both are India’s, but they might be two different countries altogether, from not just their outward appearance but also from the attitude and mental make-up which creates the outer environment.

India, civilian India, has been described as a functioning anarchy, a two-word definition of which cynics might say the first word is redundant.

Defence services India, or cantonment India, on the other hand, is the embodiment of discipline and civic sense.

This is an ambitious, some might say overly ambitious, scheme which is doomed to fail unless the PM can change the mindset of India’s civilian population.

Unless this internal change is achieved, the new cities will in no time at all become not just ‘un-smart’ in appearance and in the quality of life that they offer to residents, but downright unkempt and filthy.

There is no magic broom, not even one wielded by the new prime minister, which can overnight transform the mentality of one billion-plus people and turn them into model citizens willing and able to keep their new ‘smart cities’ in good working order.

How could our civilian population learn discipline and civic sense from our defence services?

One way to impart such education would be mandatory short-term conscription into the armed forces for all young adults.

A number of countries have compulsory military service, which its proponents claim helps to stiffen the backbone of national pride and integrity.

Of all our public organisations, there is none so cohesive and dedicated to national service as our collective armed forces, be it in times of war or of peace, or when national calamities strike, as in the recent floods in Kashmir when the army played a major role in relief operations.

Perhaps what civilian India needs to do to get its act in order is for its young people to be recruited into the defence services as cadets for a short-term stint of six months or a year on attaining 18 years of age.

In the early 1960s there was a scheme for making enrolment in the National Cadet Corps (NCC) a requirement for all college students. Though it was abandoned for lack of proper administration, a similar program could be started to help inculcate some of the spit-and-polish army culture into squalid civilian India. more
Helpful Swachh Bharat - Clean India Oct 14
Viewed by 74
View all 12 comments Below 12 comments

Raja Chandra
Deepika. I really appreciate your compliments for the Armed Forces. I being from the Army feel really proud. What you are saying is very correct. 2 Initial years of youth in the Armed Forces will do a lot of Good to the Country. Thanks and Best Regards. more
Nov 28

Deepika Joshi (2/42)
Not only will compulsorily joining the armed forces, for a limited period of time, educate our youth about the importance of a hygienic, healthy and disciplined living, it will also instill a sense of pride, and appreciation for the freedom that we take for granted, thanks to the efforts of our freedom fighters, and the continuing efforts of our asked forces. I think the government should seriously consider this proposal. Thank you for sharing this post. more
Nov 28

Raja Chandra
Thank you all very much for appreciating my post. Best Regards to you all. more
Nov 28

ANIL GUPTA
Yesterday i visited RTO OFFICE LUCKNOW noticed very dirty area even where people are in que inside office, it may be a call for illness to many visitors. I think RTO OFFICE and nearby area should be cleaned with our joint efforts. more
Nov 27 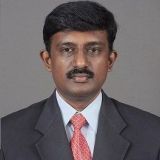 Suruli Kannan (2/3 Poonthotoam first street, Yoga Teacher)
I agree with Raja sirs suggestion. I want to highlight the practise by south korean government where they mandate their students to be with their defence body and serve their nation. They cannot complete their studies without one year defence system contribution. That is the right age to train and practise values for our generations. As Raja sir told an environment need to be created like the modal modal city. It could be an expanded school environment like KV schools in such modal city. more
Nov 27
View 12 more comment(s)
Post a Comment