HOW CAN MIGRANT WORKERS BE CHARGED TO TRANSPORT THEM TO HOME STATES WHEN S.C. HAS ORDERED NOT TO ?

Railways had gone out of news these few weeks as there was hardly even 50 % operation .

15 Days back there was a S.C. Order saying that the Migrant Labourers shouldn’t be charged , Rail or Bus fares to return to their home states . Also the S.C. has been advising the Railways to use and arrange for special Trains for them .
After 2 weeks of the order the situation still stands still at square One . Both the Governments state and centre have washed their hands and want Private players to make hay or come to the rescue of the Migrant workers .

Private Buses are stationed in front of Central Railway station charging Rs. 8,000 per Migrant to be taken home . It takes 3 days to Reach Bihar . The Private Bus Driver is not sure if the trip is approved . Yet they collect money take passengers and go . Why allow such unauthorised trips through Private buses. Both Railways and the State has thrown the S.C. Order to the winds.

We take pride in Indian Railways saying it is one of the largest Rail networks in the world. Till lockdown it was operating 13,000 Passenger trains with 65,000 coaches hauling 2,22, 00,000 Passengers (out of them 14 lakh people book through IRCTC ) managed by 13 lakh well paid employees .

The total number of Inter state Migrant workers range from 6.5 Crores according to NSSO (National Sample Survey Office) and 8 Crores according to other sources . Indian Railways with the above credentials very well could have and can manage the entire exodus without a hazzle .
ALL THAT RAILWAYS SHOULD DO IS TO HAVE A DIALOGUE WITH THE STATE GOVERNMENTS TO DO IT IN THE NATIONAL INTEREST .

SUBHASH PARAKH
SC judges get salary even during pandemics and even after retirements so they have to simply lecture. All said and done, all migrants have already gone home and now those going are normal passengers and in India every one is migrant BPL, poor and opressed so no government can continue to provide free services. If at all these are to be done first ask SC to forego their salaries and big bungalows. Has anyone ever thought how Indian Railway will survive in next two years. How will it get money to pay its force. Migrants came to metros on their own and after a great hue and cry by media and courts, they are now coming back uninvited to metros so nothing can be free for ever. Every one wants to be great philanthropist bit no one including courts, media, intelllctuals are ready to go for any sacrifices. India is full of such people and time to thro w them out in gutters. more
Jul 15 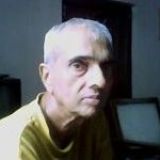 Ashish Rai (Hospitality and ecotourism)
They, the labourers labour in our cities to make ends meet, and perhaps would be use this environmentally friendly means of transportation, that the rich have forsaken for air travel. Government can fund the labourers' return a one time expense, and will certainly be able to bear the expense. The government has borne expense of diesel subsidy since 2 decades, a fuel that for that period was priced below petrol and used in running huge sports utility vehicles and overpowered private passeger cars that the moneyed own, also manufactured by rich industrialists, entirely taking advantage of subsidised diesel. In returning, we have seen labourers perish. Surely, they deserves this much at least. This when, India has a huge train network that can be availed having the scope to meet the emergency needs. Agree with SC order. more
Jul 06

Ramesh Arora (Security)
In principle I do not agree with state funding of return of migrants to their native place. Any government will go bankrupt if they were to be burdened with all such expenses. If accepted, there will be beeline from every quarter of our society to demand for analogous funding. After all some robust source of funding is required if we have to accept this unbearable burden. No one will agree to submitting willingly to COVID tax to cross subsidise the affected persons/classes of persons. more
Jun 16

Ishwar RAUTELA
JayKumar Ji will you pl define migrant workers, is it not like reservation which was initially for 10 yrs for some class, but it continued even after 72 yrs with an expansion of coverage for more then 90% of class and remaining also need reservation. Migrant workers during Lock down period is understandable but we are now in unlock down stage and can move as per convinence , even migrant worker initially moved to their native places due to BHER CHAL behavior & sentimental exploitation now started returning back to earn their bread & butter because majority is not Comfortable in their native place because of less facilities & low income, so this class may also need facilities as migrant from native place to places their working place. All of us need to think positively ,how to serve best at their current living places because CORONA still not has any medicine. There is also need to think a modus of operendi where all such migrant workers be registered & monthly financial assistace can be arranged to them through DBT diverting budget of other area not important for short term like Polution ,Financial assistance to Railways, other transport etc. having utilisation less then 25% We request even Court also conclude some plan of action but not like Reservation adversly affecting the society in all walk of life. more
Jun 16
View 22 more comment(s)
Post a Comment