Congratulations LocalCircles your income tax and air pollution priorities were accepted by FM.

The income tax rates have been revised.

Rs 690 billion will be spent toward healthcare spending

100 more airports are planned by 2024
Over 6,000 km of highways in 12 lots will be monetized by 2024
One major airport will be privatized
High-speed train between Mumbai and Ahmedabad will be actively pursued, Nirmala Sitharaman says while presenting Union Budget 2020.

The government is committed to doubling farmers' income by 2022, the Finance Minister said, as she proposed to allocate Rs 2.83 lakh crore for agriculture and rural sectors such as irrigation.

Schemes that encourage manufacturing of mobile phones, electronic equipment and semiconductor packaging will be introduced
Private sector to build Data Centre Parks throughout the country will be encouraged
80 billion rupees over five years to be provided for quantum technologies and applications
Milk processing capacity to be doubled by 2025

5 new smart cities in public-private partnership mode
Delhi-Mumbai Expressway to be completed by 2023
100 more airports to be developed by 2024
Estimated nominal GDP growth rate for 2020-21 is 10 per cent, said Finance Minister Nirmala Sitharaman. Wealth creators will be respected in this country, tax harassment will not be tolerated, she added. more
Helpful Transforming India Feb 01
Viewed by 1552
View all 30 comments Below 30 comments

Arun Gupta
it is really worst budget for a salaried person. No tax relaxation and more over government is selling its share from LIC which will defentely degrade the value of LIC to its customer. more
Feb 20

DK Sarkar
It seems the doctrine behind the ne regime is 'save less, spend more' to boost consumerism, and hence economy. There are people who cares little about future/difficult times/old ages etc. It is easy to find out boys who spends lavishly with little or no savings (but expects handsome dowry and recurring 'gifts' from their in-laws). Budget would definitely encourage such social evils. However, nothing prevents an individual to make savings in non-tax saving schemes, as also to remain in the regime of lower income tax. more
Feb 06

SN Sitaram
I feel the budget which is cutting down savings exemptions may lead to a difficult proposition in future for middle class. Many middle class employees depend on savings like PF, NSC, PPF etc., which provide relief at retirement. We need to understand, in our country social security net work is very weak and many retired private sector employees are not provided with such facility. By removing deductions or savings out of mediclaim, pf, ppf etc., will definitely drive towards consumerism but make post retirement life difficult. Further, taking out benefits from FDs etc., will lead to lessen savings habit and make life difficult for all sectors people in such cases like current down economic trend or recession.
Need to protect middle class employees through Savings and suitable safe social security network. more
Feb 03 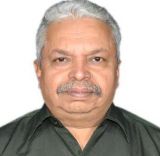 PRADYUMNA KALASTHAWADI PANDURANGA
One of the best budget exercise passed by Nimmi and modi. what best we can expect. don"t listen to Political comments. It never carries reality opinions. Short list comments from Industrialists economists experts most of them welcomed the budget. Howdi Modi. more
Feb 02

Csn Sarma (socialworker)
Salaried continue enjoying Exemptions while Many unable to USE SOME EXEMPTIONS GET BENEFITS OF New 4 Slab Rates .
Balance Majority get Benefits of New Rates. Majority those Earning below 15 Lakhs and unable to opt Investments of Exemptions ARE ADDRESSED SUITABLY . more
Feb 03
View 30 more comment(s)
Post a Comment