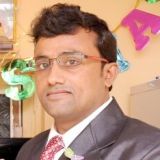 INDIA TO CUT HEALTHCARE EXPENDITURE BY 20%
There were high hopes of the government finally focusing on improving the health sector, as it had been an important component of the BJP's election manifesto. Coming as quite the contrary, the government has slashed the health budget by 20% (6000 crore). Considering the fact that India only spends 1% of its current GDP on healthcare as it is, a further budget cut in this sector can lead to some grave repercussions. It is noteworthy that India's spending on healthcare is already among the lowest in the world - China spends 3% and the US 8.5% of their respective GDPs.
Healthcare in India is already dominated by private organizations and the government network is sub-par at best. The budget cut will tend to gravitate the masses towards private healthcare, while reducing chances for the health ministry to improve government health infrastructure, especially in rural areas. This puts the poorest at the mercy of the expensive and often unscrupulous private healthcare providers.
This decreased spending puts various disease control initiatives at risk; for example, the HIV/AIDS control program, which is facing a 30% cut as part of this overall reduction. India also has one of highest infant mortality rates, mostly due to preventable diseases but lack of resources to check them. Its anyone's guess how the healthcare spending cut will affect these health initiatives.
Most of us who read this article have probably never set foot in a government hospital. We can afford private healthcare. But let us remember that India is home to more than 120 crore poorest of the poor. People for whom government healthcare is the only option.
The Modi government is taking this action to achieve its 2014 -15 fiscal deficit target of 4.1% of GDP. But is the price of the progress to be paid with people's health? A Logical Indian wouldn't agree. Basic governmental priorities such as health and education must not be sidelined. Surely, cancelling or setting aside projects such as the Rs. 3000 Cr Statue of Unity would have made more sense than slashing healthcare expenditure?
Source: Reuters more
Helpful Transforming India Dec 25
Viewed by 12042
View all 154 comments Below 154 comments 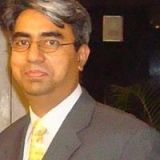 RAJEEV Vats
This subject must be dealt with prudence.The medical profession is not what it was.There is no control over prescription, consultation charges by doctors, unnecessary test prescribed by doctors just to make commission etc etc. Very recently I had read in newspaper that one strong man gave a fatwa asking all doctors to charge nominal fees ranging from 50 to 300 rupees.How can people who earn 500 bucks a day can dream of taking his /her child to pvt hospital where consultation itself cost Rs 1000/-.And no one is unaware ofvthe state of affairs of govt run hospitals.When the condition of hospital in capital is such we can imagine the condition of hospitals outside capital.Govt must draw a fee structure for all pvt practitioners.It will ease of the burden of common man and on govt hospitals. more
Jan 12

Janardan Thoppe
Indian Home medicine systems are very cheap , as they are made use of simple vegetables and green leaves , just available nearby. Most of them cut and thrown veg and green plants as waste but has high medical values. A robust boost by govt required and to set a target that indian homes will have their own medicines by just a year time. more
Jan 12

M C Paul
Generic medicines should be made available in the dispensaries and hospitals all over the country. The people must be made aware about it. The fee of the doctors should be prescribed by the MCI. The MCI should also come forward to fix the pathological tests done in different Pathological Labs like MRP of goods. This will immensely help the lower class and middle class. Most of the private labs/ hospitals are fleecing the patients without any regulations and fixation of rates. Can the welfare government do the needful? more
Jan 12 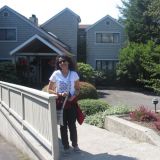 Tania Bhattacharya
The government should pay special attention to health care as it is one of the primary fields for improving the living conditions of the people. According to a report by McKinsey Global Institute, even though the number of people in India who are below the poverty line has increased from 45% during independence to 22% in 2002, there are still 66% of people who are below a newly defined index called empowerment line. This identifies those who are above the poverty line but are living in almost inhumane conditions. 8 essential factors for moving people above empowerment line includes Health care as one of the most imporatnt factors.
The recent botched up sterilization surgeries at Chattisgarh and the cataract surgeries at Haryana demonstrate the miserable conditions to which the poor people are subjected and the complete negligence of the government to health sector. The above mentioned incidences are just a few that have come to light due to the scale of deaths but there are still hundreds of people losing lives in the hands of quacks in remote areas of our country.
Investments in health sector and increasing awareness about health among poor communities are imperative. It is disheartening to know that instead of paying increased attention to the health sector, government has decided to cut down costs in that area more
Jan 06
View 154 more comment(s)
Post a Comment