There are serious malpractices taking place in large and reputed hospitals, which go un-noticed because the health depar6ment does not have any audit or similar control to get the feedback from every such hospital.

Although, the hospital is at fault, the patient is made to pay for hospital’s fault, which the patient or his/her relatives never even know. They all are eager for the patient to get well and discharged from the hospital.

From many such incidences, I am giving only TWO EXAMPLES, to make my point clear.

Patient is admitted to the hospital under some doctor, is also examined and attended by some visiting specialists, and medication is started, which is Oral as well as Intravenous (IV).

In reality, this development is due to either wrong antibiotics being administered or overdose of the antibiotics. In either case, there is no fault of the patient, who is shifted to ICU, many tests are carried out, different medications are given to take care of the hepatitis, keeping aside the original decease, for which the patient was admitted to the hospital. All these extra expenses are to be borne by the patient.

Relatives of the patient are NOT allowed to see the reports, so they do NOT know what is happening. They get all the reports only after all the hospital bills are settled. But then, the relatives are more interested in the patient getting discharged, than studying the details of the reports and the bills. Hospitals take advantage of this mindset of the relatives and for their own faults, collect money from the patients.

Patient is admitted to the hospital and due for some surgery. On the day of the surgery, he/she is taken to the Operation Theatre (OT), where the surgery takes place. Operation is successful and everyone is happy.

However, within a day or two, that the patient starts vomiting and the medical team declares it to be the case of “Post Operative Pancreatitis”. Immediately, the patient is moved to ICU, and treatment for Pancreatitis is started.

Almost all the doctors convince the relatives of the patient that often the “Post Operative Pancreatitis” does take place after surgery,

In reality, this decease “Pancreatitis” like other deceases, is due to infection, which the patient receives in the Operation Theatre, probably because the greedy hospital is after money, had planned multiple surgeries in the same OT, without following the norms for cleaning the OT after every surgery.

Patient is made to pay the extra cost of the treatment for Pancreatitis, including the ICU stay, and is weakened much more at the time of discharge, for which the hospital alone is responsible. Funnily, there is no compensation from the hospital to the patient for hospital’s fault, but instead, hospital takes a lot more money from the patient for the faults of the hospital.

Such and similar incidences, which are taking place on a large scale in large, well known, reputed and costly hospitals, never even get reported because there is neither any audit nor any data asked by the health department to keep a check on such incidences.

If the patient has mediclaim, mostly the relatives ignore these incidences. But if one pays from one’s own pocket, then one knows that the extra cost is enormous.

There is no law to punish the hospital machinery for repeatedly incurring these faults and making the patients pay for the hospital’s fault.

It is now essential or else, the government health schemes shall also get drained through such incidences by the greedy hospitals. more
Helpful Transforming India Nov 29
Viewed by 2379
View all 40 comments Below 40 comments 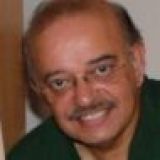 Suresh Prabhu
There are many similar horror stories relating to exploitation of patients by hospitals and target driven doctors. Patients life or their sufferings have no impact on such thick skinned medical practioners. Unfortunately there are no effective time effective redressal windows open to patients. There should be a Ombudsman for medical profession to look into such malpractices. more
Dec 20

V Pandey (Dy. Manager Stores)
This is true for almost all private hospitals. This is because of the lack of Social awareness. regular audits and certification based on patient statistics should be made mandatory for renewal of licence. Ethical code of conduct alone is not sufficient to eradicate such things from system. If we go in deep it may be observed that cashless Mediclaim policies are somewhere responsible for irrational behaviour from both ends. As patient thinks whatever hospital may charge it has to be paid by insurer and hospitals tend to ingulf entire limit of claim by all means. Patient and his relatives should be made aware of such things and hospitals should be made responsible and accountable for all its deeds. more
Dec 20

H.P. Gurg
In case of hospitalisation relatives will be more interested in the progress and early discharge of patient in comparison to the cost of treatment.Hospitals take advantage of the situation in enhance the bills.This needs to be reviewed. more
Dec 06

Gopabandhu Mohapatra
This is going on since last few years and mostly after introduction of the Medical Insurance scheme. Health Department must be well aware of it, but there is no initiative to control the serious malpractices taking place in large and reputed hospitals. more
Dec 02

Rajendra Deshmukh
From all the above comments it is proved that every thing starts from "me". Change should begin from "I". I should change. more
Dec 01

Csn Sarma (socialworker)
Those mandated constitutionally to sworn in starting with I, ... have been diversified from the very Oath/promise more
Dec 01
View 40 more comment(s)
Post a Comment