Covid-19 vaccines seem to have come in at just the right time to provide Indians with an opportunity to forget, forgive and move on.

As the world enters a new vaccine phase of the pandemic, we must not forget there are scientific reasons for treating Covid-19 antibody tests at par with vaccination. There is no evidence yet that nature-induced antibodies are any worse, or those produced by the vaccines any better or longer-lasting. This is why we also need to dispel widespread confusion over whether the sweet spot that India finds itself in today, with impressive levels of natural immunity, is a result of controlling the pandemic through measures such as lockdowns and social distancing, or the virus washing through the population rampantly. It must be also understood that the herd immunity India seems to be approaching fast is due to natural immunity response in a large number of infected persons and not something that is naturally in-built in our blood.

It is imperative that we are not blinded by the confusion and take full advantage of the data that we now have. It is important that we demand transparency about the rather wide spread of the pandemic, which is good news now given the falling daily death rate, because it means we are fast approaching herd immunity. Availability of vaccines is good news and will only hasten this process.

It is understandable why the health ministry is hesitant to talk about the scale of Covid-19 spread, although many of its own experts seem to agree that majority Indians have probably been infected with coronavirus and developed immunity response as a result.

This could be easily established through extensive sero-surveys, which our health establishments like the Indian Council of Medical Research (ICMR) have been economical with from the beginning, not only in terms of conducting surveys but also with sharing their data. This data would show us what is commonly known in basic epidemiology as prevalence — the actual number of people actually infected. This would include those who were never tested, and thus could not be counted. Most of these infections were presumably asymptomatic or of mild nature, and recovered on their own. However, to the extent such surveys were conducted by the ICMR or other bodies, they showed that for every ‘case’ count in India there are 50 or more undetected and hence uncounted infections that were mostly cured on their own, presumably due to natural immunity response.

How Covid spread so widely in India

It is the nature of any virus to spread quickly (the reason we use the term ‘viral’, signifying something that spreads fast). Although lockdowns were used in most countries to control the spread of coronavirus, it proved to be ineffective to various degrees. Governments better suited to enforce compliances were able to suppress the spread, only to face a resurgence when they tried to lift their lockdowns, as recently seen in many European countries and China.

The development of the pandemic in India, however, had a very different course. It was somewhat late in reaching the country, and thus a lot of hindsight was available to plan a more effective response. Yet, a rather long and stringent lockdown was imposed as the primary response, against the advice of many experts. Although the jury is still out in establishing whether lockdowns slowed down the pandemic, there are reasons why they failed in completely controlling the spread of Covid-19. However, it may well turn out to be a blessing in disguise, as it meant the widespread pandemic was building herd immunity silently and naturally.

First, urban slums were perfect places for the virus to spread quickly, lockdown or no lockdown. In fact, a vast number of poor migrant workers trapped in these slums could have only meant exposing them quicker to the infection. One of the key advisers to the Modi government, Dr Srinath Reddy, publicly acknowledged that a more scientific approach would have been to let them go back to their villages during the first wave, but it was probably a political (or bureaucratic) decision to stop their movement for weeks. It was then not surprising that a large number of them were infected, before they were even allowed to go back to their homes.

Second, life didn’t stop while strict lockdown rules were touted. ‘Essential’ services had to continue, which meant almost anything on earth could be ‘delivered’ — including pizzas and burgers. There is nothing wrong with this, but it should have been obvious that the virus would not distinguish between what was ‘essential’ and what was not, just like a ‘super-efficient’ bureaucracy.

Third, as time passed, people realised that Covid-19 was not as risky as it was made out to be. Most of the initial casualties were due to institutional quarantine facilities or hospitals that themselves became hotspots. There was also a realisation, especially among the poor, that this was a pandemic for the rich and fearful who stayed indoors in their air-conditioned rooms, as it became evident that the virus was much less likely to spread in open spaces. Many even started believing it was some kind of a conspiracy or hoax, and even refused to be tested. Many started paying lip service to lockdowns, masking and social distancing. In hindsight, all this again may look like a blessing in disguise.

The above factors must have contributed to the widespread of Covid-19 across the Indian population, despite the lockdowns and partial ‘unlock’ phases. While the government increased its testing and counting of cases, the actual number of infections razed through the population by a factor of 50 times or more, as serological test results on a large-scale, sporadic sero-surveys, and mathematical modelling showed. So, when the number of cases reached over one crore, the actual infection numbers likely crossed 50 crore or more, perhaps 90 crore as government’s own experts recently estimated.

No government would want to accept that lockdowns were a terrible idea and that wider spread of the pandemic could result in the build-up of herd immunity and fewer number of deaths. However, it must be kept in mind that governments can neither be blamed nor credited for the spread of the coronavirus, because it was nature at work.

Thanks to the immunity brought on by nature, daily deaths related to Covid have come down to approximately 200 from the peak of around 1,200. Unless we are to believe that recent phases of ‘Unlock India’ led to further suppression of the virus, or our medical establishment found some wonder cure that the world doesn’t know about, nothing else can explain the falling number of deaths. Although every life counts, deaths due to Covid-19 always remained a relatively small number in our country, considering the fact that more than 26,000 people die in India every day due to different diseases. For example, reports suggest that about 2,000 people die from diarrhoea and 1,200 from tuberculosis or TB, every day. It would be lazy to attribute the low number of Covid-19 deaths in India to the government’s lockdown policies, in view of the above evidence.

India is reaching herd immunity, vaccine or no vaccine

While the official reported figure of Covid ‘cases’ in India is currently around 1.06 crore, experts estimate that 90 crore Indians may have contracted the virus and developed natural antibodies. This means we are heading towards herd immunity very fast, as a government panel also seems to predict.

A good part of the confusion around public policy discourse in India regarding Covid-19 could be attributed to the relatively more fatal onset of the pandemic in the Western world. A politically charged atmosphere, due to allegations by the Donald Trump administration that China was hiding information about the virus and pushing the World Health Organization (WHO) to toe its line, has added to the confusion.

Considering this backdrop, people fortunate to be able to work from home are likely to look the other way or even curse ‘essential’ service workers for not following the lockdown norms and not maintaining social distancing, etc. They may also praise the sarkar for the falling number of deaths, while blaming crowds for continuing to go out to work, not wear masks, and not follow social distancing norms.

Such fortunate people would completely ignore the fact that it is the inability of our poor masses to follow the lockdown restrictions and social distancing norms that may have silently built India’s herd immunity to a large extent, even before the vaccines came in. This spring, when we can hopefully take a sigh of relief after Covid-19 becomes endemic like any other viral disease among us, we will surely credit the lockdowns and the vaccines as a panacea, completely forgetting the role nature itself played.

Gopabandhu Mohapatra
It is difficulty to say India is reaching herd immunity. The country men have to be alert and prevent spreading. more
Feb 06

Gurparkar Singh (Retired Army Officer)
Good revelation but what is the authenticity of what has been written.We still have to follow the three tips of wearing mask,social distancing & cleaning your hands & other parts getting contacted whether we take vaccine or not. more
Jan 28 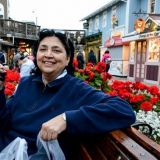 Sonya Singh (Hotel and tourism )
UK tried the herd immunity road : The death rate skyrocketed ( honest numbers ) then got cold feet when the media got after their blood saying impose lockdown save lives as well as the NHS begged as the hospitals filled up and had to delay operations or treat or detect early even cancer ! We all know about herd immunity. You have to phase it slowly so as to not to overwhelm the hospital to crash health services. It’s a balancing act . I think Mr Modi has handled it in a very cool headed manner . 👍🏻 A true leader . more
Jan 26

Jayakumar Daniel (Tour Organizer , With PG Dip. in Yoga, practitioner & helper . )
Veryy very informative write up Of Sanjiv Agarwal. It has given a boost to me. We now have good knowledge and have 9/10 Months experience Reading Articles, talks from experts from W.H.O.,I.C.M.R.,AIIMS, many Virologists from all over India.That have rightly cautioned us on the protocols to prevent.That has also given us how to avoid other infections also. Thank goodness our P.M.listened to the Advises of all the experts unlike the Past U.S.President(for which the people had face the worst.). At a particular stage in August / Sept. the Sero surway was conducted in several towns . Delhi had reported upto 27%.The news stopped all of a suddent , when the Vaccines were being Manufactured. The way we have been seeing crowds without following the protocols particularly from October onwards gives us an impression that we have developed HERD IMMUNITY. The political meetings and elections Propaganda have gone one. Yet the the infection on the wane.Also there has been a big event for the past 60 days and more, yet we hadnt seen any alarming outbreaks. more
Jan 26
View 11 more comment(s)
Post a Comment