Friends our PIL has been heard and Assam high court has directed Center (FSSAI) to make rules for fruit ripeners so
people dont suffer from fruit ripener induced skin diseases, abdominal issues and cancer. Most state food controllers are basically in cahoots with the fruit vendors taking their haftas. This platform should do something that FSSAI and Food Controllers have to act to stop menace of carbide and ethylene sachet ripening. More details below.

Friends the division bench of Justices Achintya Malla Bujorbarua and Nelson Sailo yesterday passed the order acting on a PIL filed in 2018 articulating concerns about artificial ripening of fruits such as banana, papaya and mango by using calcium carbide, a “highly toxic and highly inflammable” chemical substance.

The court said: “...We require the authorities in the central government to frame appropriate rules for regulating the open availability of calcium carbide in the market and for the purpose, the Food Safety and Standards Authority of India and the ministry of petroleum and natural gas may coordinate amongst themselves for… framing the required rules.”

The court also directed the Assam government to “monitor the activities” of senior food safety officers for compliance of its directions to check the artificial ripening of fruits.

PIL said that such artificially ripened fruits were posing chronic health hazards like abdominal problem, skin diseases and cancer. Calcium carbide is used as a ripener in many other parts of the country too.

The method of artificially ripening fruits had reached a “menacing proportion” and that it was now “difficult” to find fruits in the market that were not ripened artificially, the petitioner said.

The court was of the view that a “more meaningful interpretation and implementation of the provisions” of the Food and Safety Standards Act, 2016, and the Calcium Carbide Rules, 1987, would be a “requirement” for effecting a “total eradication of the illegitimate procedure” adopted for the ripening of fruits using calcium carbide. It said guidelines were also needed to complement the efforts.

The court order took note of certain studies by Baruah on the availability of the chemical in Assam. The study revealed that recognised and licenced industrial houses, which manufacture acetylene gas, may use calcium carbide in a regulated manner. However, calcium carbide was “abundantly available” in the open market and “any person” could procure it at any time because of the prolific use of the chemical in an unregulated manner in motor garages and workshops to generate acetylene gas.

Rao Csr (Senior Manager Exim)
Its proved once again, albeit beyond doubt, that Intentions are good but implementation is deficit. The fruit ripening process using harmful chemicals has caught up the trade in the recent past and it was never the case some decades back. May be the attitude of the traders then, was not making profit out of unscrupulous methods those days which is not the case now. In order to meet the growing demand all unwanted practices are adopted rendering the consumers helpless. When we boast of so many technological advancements in some spheres, why do not the GOI ask the scientists to find out a way/ substance/ process to ripen the fruits which is not hazardous/harmful ? more
Mar 02

H.P. Gurg
We are very fast in making laws, but very poor in its implementation. Another is delay in Judiciary, Corruption in Police force will never allow discipline in any field. People must have patience and let the Fruit ripen in its natural course. more
Feb 28 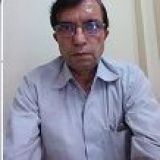 Mahendra Malu
DO YOU KNOW ALTERNATIVE METHOD ? Raising issue to stop carbide use in fruit ripening is correct BUT we should also come out with alternative solutions of ripening mango papaya and banana with out chemicals and make it well know thro so many social medias people will automatically choose these if some one in local circle knows it please post it. more
Feb 27

Csn Sarma (socialworker)
FSSAI, GOI Must put an end to Chronic Deseases promoting Chemical Ripening, Treatments SINCE IT IS THE ISSUE OF HEALTH.
FOOD POISONING ADULTERATION ALSO MUST BE STOPPED Stringently more
Feb 27

Gurparkar Singh (Retired Army Officer)
Who will monitor this.All courts are tigers without claws & teeth.They can just roar & do nothing else more
Feb 26
View 14 more comment(s)
Post a Comment